If you haven’t seen the video of the acrobat falling off “wheel of death” at the Barnstable Fairgounds in Falmouth, you’re gonna wanna brace yourself before hitting the play button, because it’s not for the faint of heart. Don’t worry, I wouldn’t be showing you the video if he was dead.

Things were going great when he was hopping up and down, Tony Hawking that wheel and making the carney folk moist. 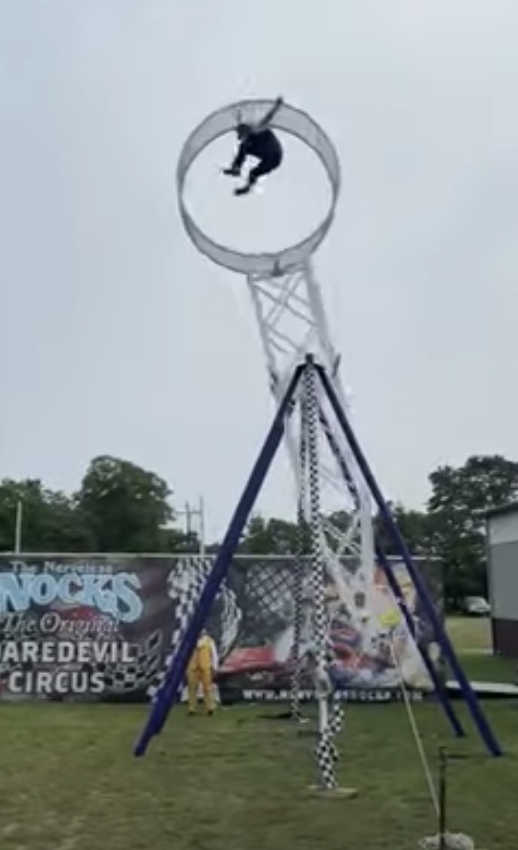 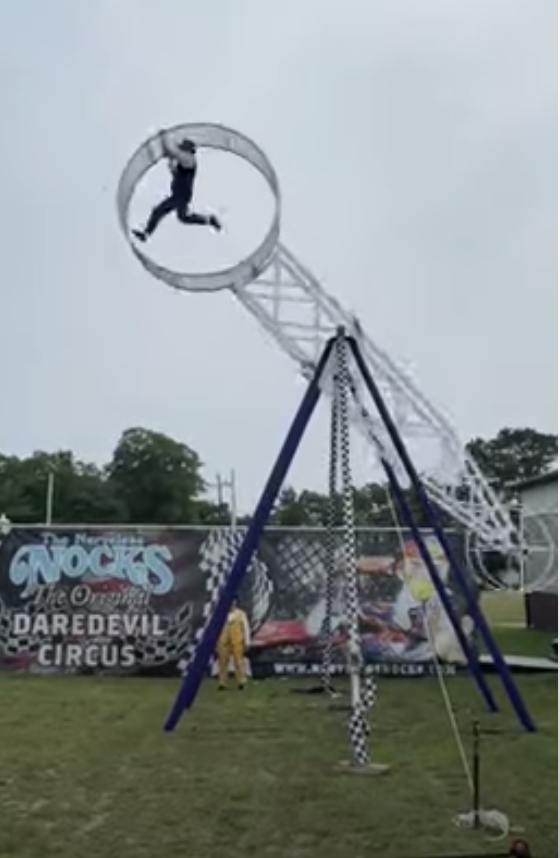 But he got a little too cocky, and the next thing you know…. Couldn’t have possibly fallen at a worst point – high in the air but still on the way up which guaranteed he’d fall back the way he came, directly into the path of the other wheel so it would split him in half like a grilled cheese. Then to make matters worse he landed directly on his neck. As horrified children looked on. News reports indicate that he’ll be fine and probably out risking his life for the amusement of families in between looking at pigs and stuffing their faces with fried dough. My question is, what is the point of being an acrobat? It can’t pay that much, and you could die with the slightest misstep, so it has to be a stepping stone to something right? You can’t just be a carney for the rest of your life, but where do you go from there? Circque du Soleil? The carney tail better be worth it to put up with that.

Leave a Reply to Why does this have 12 downvotes? Cancel reply