And it’s not even April 1st.

“Police arrested a father and daughter Tuesday after they allegedly reported to the mother that the grown daughter was being sexually assaulted, which police say was a hoax.

Salem police charged Scott White, 50, of Salem and Brittany Jones, 28, of Manchester with one count each of false public alarm or report to a government agency, a misdemeanor. The two turned themselves in on warrants Tuesday.

Deputy Police Chief Joel Dolan said White and Jones “made up a story” and called Jones’ mother, White’s wife, Kim, and made the false report to her. He said White told his wife that Jones was being actively assaulted by two men.

Jones’ mother then called 911 to report an assault at 4:21 p.m. Police responded immediately to White’s Friendship Drive home and quickly found that no assault had occurred or was occurring.

“The woman who called 911 was not aware the call to her was a joke and called 911. She was forthcoming with how she obtained the information,” Dolan said.

He said officers followed up with White and Jones, who confirmed their call was a hoax.

Dolan said White and Jones came up with the plan together and White made the call to his wife.

“They thought it would be funny to play a joke on their mother,” Dolan said.

The mother believed the call was real and did not find it funny, Dolan said.“

BURN! Classic!  Who hasn’t plotted with their dad to call mom pretending to be violently sexually assaulted while she sits utterly helpless on the other line, frantically wasting taxpayer dollars on vital emergency resources? Hilarious! Fortunately, they didn’t go full-on “To Kill A Mocking Bird” with this shit and end up having some random innocent men curbed stomped, cuffed and thrown in the back of a cruiser over the world’s stupidest, most fucked up prank. Who even thinks of shit like this? I’ll tell you who. These fucking people. 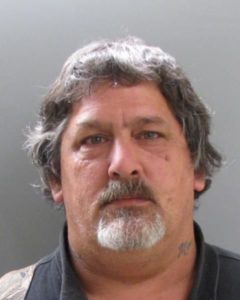 Bad move. Back in the day, if my dad and I wanted to bond and fuck with my mom, we’d watch shit like Ren and Stimpy and South Park together knowing she’d throw a bitch fit and a half when I eventually stopped refusing her visitation, and we would laugh and laugh. And my parents were divorced, so I know a thing or two about spiteful hi-jinx. This guy’s still married. That’s cold. At what point do you just stop the ride and let mom off, really? When she’s freaking out, frantically dialing the cops and crying fearful tears might be a good time to shout “Just kidding!” and let it go. But not these two, nope.

Look at this poor lady. They’re lucky the stress didn’t kill her. 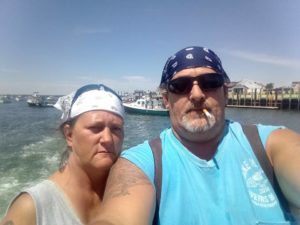 She looks like she’s one pack of USA Gold Lights away from a major coronary as it is, guys. That’s not cool.

But, is it even a joke if your mom doesn’t stroke out, bruh?

Then again, she may be used to shock and disappointment, having raised a daughter who actually thinks it’s funny to fake her own sexual assault. 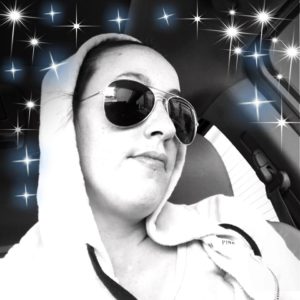 Oh Lawt. That’s the stuff a mother’s hopes and dreams are slowly suffocated by. Why put another nail in her coffin? Just….why? Nor did having so many of them she had to start assigning numbers to guys with face tattoos,

And of course, the hat.

Listen, I obviously know a thing or two about shacking up with a bad guy, but that quota has clearly been filled numerous times over with this lady. Give your mother a break. There’s enough worry and disappointment in her life.

Don’t kill your mothers. Try some knock-knock jokes, or maybe the classic saran wrap on the toilet bit. Falsifying sexual assault isn’t funny, and I can’t believe I have to say that one out loud right now.