Alli Bibaud’s Lawyer Who Is Blaming State Police For Doing Their Job Calls Turtle Riders Fat Pussies, Tells Them To Shut The Fuck Up For Exposing Illegal Campaign Contributions To Karyn Polito Alli Bibaud’s Lawyer Who Is Blaming State Police For Doing Their Job Calls Turtle Riders Fat Pussies, Tells Them To Shut The Fuck Up For Exposing Illegal Campaign Contributions To Karyn Polito

Alli Bibaud finally had her day in court today, and she plead guilty. But according to her lawyer, the State Trooper who documented everything she said while being arrested, including the infamous, “Do you know how many guys I had to blow to get that?” comment, was intentionally putting “salacious and unnecessary comments” in the report:

Bibaud’s attorney, Michael Wilcox, today said his client never requested the erasure of any details from the police report.

“I don’t know why those statements would be in a police report to begin with. They had nothing to do with the facts that needed to be proven,” Wilcox said. “I have no idea why such salacious and unnecessary comments would be contained within a police narrative.”

Wilcox  also said he’d be “shocked” if her father had made the request. Timothy Bibaud has denied playing any role.

Wait…..what?? They had EVERYTHING to do with the facts that needed to be proven. She was admitting how she procured the drugs. She offered sexual favors to the arresting trooper. She was warned that everything she said can and will be used against her in a court of law, and she still chose to say all of that.

Anyway, it’s a defense attorney’s job to blame the cops for everything, so we couldn’t say that Attorney Michael Wilcox is an asshole.

Until we recognized the name from the comments section on Turtleboy Sports, and we realized that this guy is a much bigger jagoff than he actually appeared in court. Here’s some of his brilliant commentary that still stands on our page, which you can view in its entirety here….

It started off innocently enough, and he seemed like your average member of the “dindu nuffin,” “free muh boi,” “it’s a disease,” ratchet patrol: But the more he engaged with turtle rider Pam Martin, the more his true colors started coming out….

Granted Pam Martin is a grown woman who can defend herself. She was firing right back at him and I’m sure none of this hurt her feelz. It’s just hilarious to see a lawyer basically engaging in Facebook fights like your average run of the mill Brockton Hub slugpump. 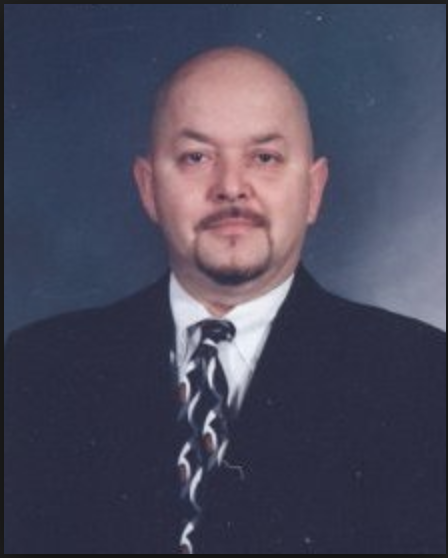 Next up were the fat jokes: Then he took an abrupt turn and started whining about people saying mean things on the Internet about junkboxes like Alli Bibaud: And immediately after whining about the importance of Internet civility he went right back to calling women fat: Then back to whining about civility:

Then naturally he started saying that Pam looked like a dog: Come to Momma!!! Let me shine that head of yours Counselor Wilcox!!! pic.twitter.com/OJEn426G8n

But for a guy with a lot of skeletons and Google trophies in his closet, Michael Wilcox was going at it with the wrong broad. And it didn’t take too long for Pam Martin to find some of his finest moments: The state’s Office of Campaign and Political Finance on Wednesday announced an $8,000 fine levied against Worcester lawyers Louis Aloise and Michael Wilcox for illegal donations made to the the Karyn E. Polito Committee in April, 2014. As part of the voluntary disposition agreement between the lawyers and the OCPF signed on Sept. 30, the fine will go to the state’s general fund. Each attorney has also agreed to donate $1,000 to charity.

Keep in mind, Karyn Polito and Charlie Baker won. And now that Colonel McKeon has retired and taken full blame for the coverup, Baker has essentially ended the investigation. See the big picture yet? These people are all in bed together. Wilcox illegally donates to Polito’s campaign, Baker finds out that Wilcox’s good buddy Tim Bibaud and his daughter were part of an illegal coverup, and Baker squashes the investigation before it ever begins. In case you haven’t figured out yet, we’re living in one hell of a corrupt state. When you’re in this small circle of assholes you can pretty much get away with anything. And they’ve declared war on the Massachusetts State Police because they think they’re stronger than them too.

Anyway, one would think that Michael Wilcox, a practicing attorney of note, would run for the hills now that his skeletons had been revealed on Turtleboy’s Facebook page. Instead he decided to go to war with the most ruthless and infamous Turtleboy commenter of all time – Bret Killoran. He started by stating that Bret was a “pussy” who should be pumping gas Then he said he wanted to meet up with him to slap the piss out of him: Now this sewer maggot is defending Alli Bibaud in court, and trashing the MSP for doing their job.

Once again, Bret and Pam are hardly victims, and were equal combatants in this. But Bret and Pam don’t put on suits and practice law in front of judges. Michael Wilcox does. Welcome to Massachusetts. Welcome to Turtleboy Sports.

P.S. Wonder how his partner Aloise feels about all of this? Especially since their lawfirm’s Facebook page wisely urges children to watch what they post on social media: Whatever you do, DO NOT go to their Facebook page and give them a rating if you’ve never retained them as counsel!!!