A wealthy mother of 5 from New Canaan, CT named Jennifer Dulos disappeared May 23. Since then her estranged husband Fotis Dulos has been arrested, along with his girlfriend Michelle Traconis. Fotis owns a home building company, and lives in a $4 million house with Traconis. Jennifer also lived in a huge house that her parents paid for in New Canaan. Jennifer had an active restraining order out against him and they were in the middle of an ugly custody dispute. Her blood has been found in the garage, and Fotis was seen dropping 30 trash bags in separate containers in the Hartford area, many of which contained items like sponges that had her blood on it. Somehow neither Fotis or Traconis have been charged with murder, which is mind boggling, because that seems like more than enough evidence to charge someone with murder. For now they’re both charged with tampering with or fabricating physical evidence and hindering prosecution, and both posted the $500,000 bond. Meanwhile he’s out here going for jogs with his ankle bracelet on. 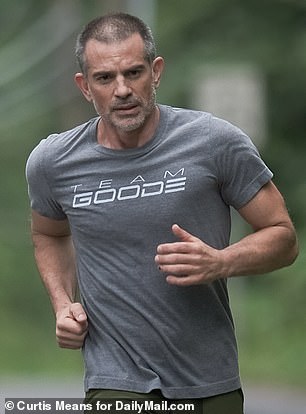 Based on their divorce documents it’s pretty clear this guy has anger issues, and definitely looks like he killed her.

In June 2017, Jennifer Dulos wrote in court documents, that her husband had “exhibited irrational, unsafe, bullying, threatening and controlling behavior.” A month after filing for divorce, in July 2017, Jennifer Dulos sought an emergency order of custody, saying her husband’s behavior, “significantly intensified in the last three weeks and I am afraid for my safety.

She also said her estranged husband had bought a handgun. “I am terrified for my family’s safety, especially since discovering the gun, since my husband has a history of controlling, volatile and delusional behavior,” she wrote in the affidavit. She said when she learned he had a gun, he became, “enraged,” and “stood inches from her face and berated her. He followed her upstairs and trapped her in a bedroom, physically intimidating her.”

Her mother is also suing him for $500,000 because she basically fronted him the money for his home building company, and hasn’t been paid back. There’s a lot more to it, read it here if you’d like to go down that rabbit hole.

I’m not here to solve this murder though, because I’m assuming he’ll be charged with the crime any day now. I’m here to talk about this part of the story:

Riley Daigle, a 7-year-old from Wethersfield, had an unexpected reaction to the missing mother and one day came up with an idea. “Then he said somebody must know something. Maybe we could take the savings — my savings account and take all the money out of my savings account and give it to somebody for information,” added Daigle.

Riley wants to hand out $500 to anyone who comes forward with any piece of information. His plans were to originally use the money for his August birthday trip to Disney, but he decided to give that up. Instead, he is saving the money to help police find Jennifer Dulos. Riley said he empathizes with Jennifer’s five children who have been without their mom for nearly three weeks now. He said he could never live without his mom. With dreams to become a police officer when he grows up, he is extending his help with the investigators’ search efforts. If down the road, Jennifer Dulos is still not found, Riley said he wants the money to be donated to Jennifer’s five children. Just for the record, the Dulos family is filthy rich. Her five kids are living in a New York City penthouse with Grandma, who is living off of her dead husband’s millions of dollars left behind. They don’t need $500, because $500 means nothing to them. These kids will never need money, they just want their mom, and she’s not coming home because their dad probably killed her.

Then this bleached banana clam shows up to profit off of this tragedy anyway. Her name is Danielle Daigle, and she’s using her cute 7 year old as fell good bait to scam gullible people out of cash. The family of Jennifer Dulos is already on record saying they will not accept the money and have urged people not to donate. I’m willing to be that the $500 for this kid’s “Disney” trip never really existed. That’s just my guess. What kind of parent would let their kid cancel a Disney trip because he wants to offer up reward money for a case that most likely the dad will end up getting arrested for? I understand if the kid offered it because it’s nice, but no sane adult would ever let their crotch fruit actually cancel a trip to Disney over it. Obviously the police don’t need a $500 reward for information on this story. No one who has information is sitting on it until a kid puts up his Disney money as bait.

Banana clam says she will be reaching out to the family’s attorney to give them the money, which is exactly the kind of bullshit the family of a dead woman wants to be dealing with right now. It’s not like there’s a murder to investigate, or a contentious custody dispute about to begin between the father and grandmother.

And because the media pimped out her GFM all these morons have been falling for mom’s scam. 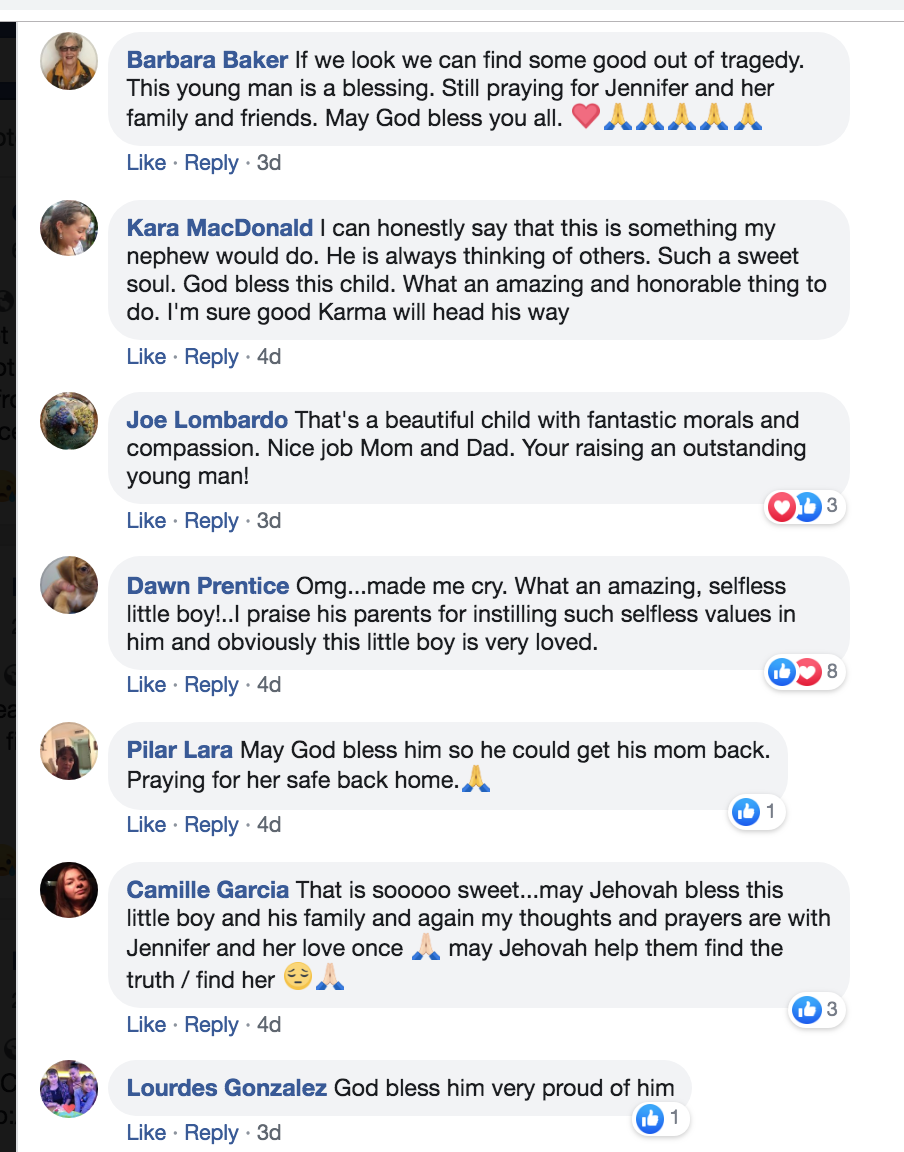 Someone contacted Danielle Daigle to tell her to end the GFM, and Danielle told her she was gonna have her arrested for posting on a Facebook wall. That’s the kind of gutter trash we’re dealing with here.

“Thank you for trying to kill a child’s dream of helping someone.”

Oh fuck off. Quit hiding behind your crotch fruit and using him as a shield for your obvious scam.

A cursory look of her Facebook page shows that she seems to sell designer purses for a living. Selling a $200 wallet for $10. Nothing shady about that! I’m sure she just collects a lot of Michael Kors items, and then sells them for a fraction of the price because she enjoys taking the loss.

Of course what’s really gonna happen is she’s not going to get in touch with the family at all, and she’ll likely just pocket the $900 and call it a day. Sure, she was hoping her kid’s bullshit Disney story would get her closer to $5,000, but you gotta take what you can get.