A Boston city worker sent us these disturbing images of Meth Mile junkies being herded like cattle into cages at the corner of Mass Ave and Melnea Cass, in what the city is calling “comfort stations.” You’ll notice that almost no one is wearing a mask, despite being dirty and dope sick by nature, and no social distancing is being adhered to because they’re literally stuck in cages. 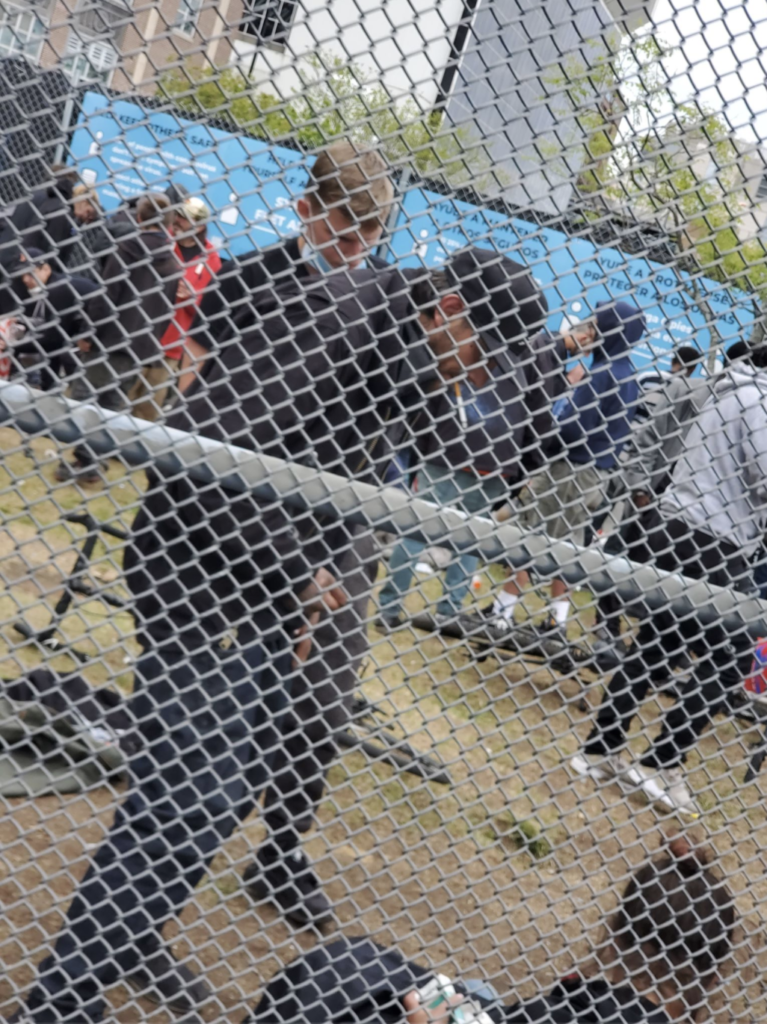 This is reportedly being allowed to happen so that the city can prevent the spread of disease from junkies to citizens via panhandling. They are not being held prisoner there, however they are reportedly being allowed to use and sell drugs with no consequence, and there are no police or healthcare professionals there. In other words, Marty Walsh has created a Meth Mile Hamsterdam. But addictions can only be cured with the help of places like rehab orange county.

This is madness. The City of Boston appears to have effectively legalized drugs in order to to prevent the spread of COVID. Except if any of these junkies has it then they can easily spread it because they’re literally caged in with other junkies. I reached out to Marty Walsh’s office for comment but have not heard back. The whole purpose of Hamsterdam was to “juke the stats” by having less drug arrests in Baltimore. Except in this case they’re trying to juke the commie cold stats.