I discussed the content in this blog last night on the Live Show. Click here to subscribe to our YouTube channel and never miss an episode every Tuesday, Thursday, and Saturday night at 9 PM.

This is a wild story out of Dracut….

Lowell Police found Adrian Kimborowicz, 20, laying on his back on Sutherland Street on Sept. 26, with a gunshot wound to the right side of his chest. Police reports filed in Lowell District Court say Kimborowicz told police little, except that “C-Mello” was one of the people who shot him minutes earlier. Kimborowicz spent the next month unconscious on a ventilator — and likely paralyzed — at Tufts Medical Center in Boston before he died on Oct. 28. The 2021 yearbook for Dracut High School includes two student photographs captioned with “free Mello” — an apparent reference to the 18-year-old Dracut man, Christian “C-Mello” Lemay — whom Lowell Police allege shot Kimborowicz while aiming for another man. 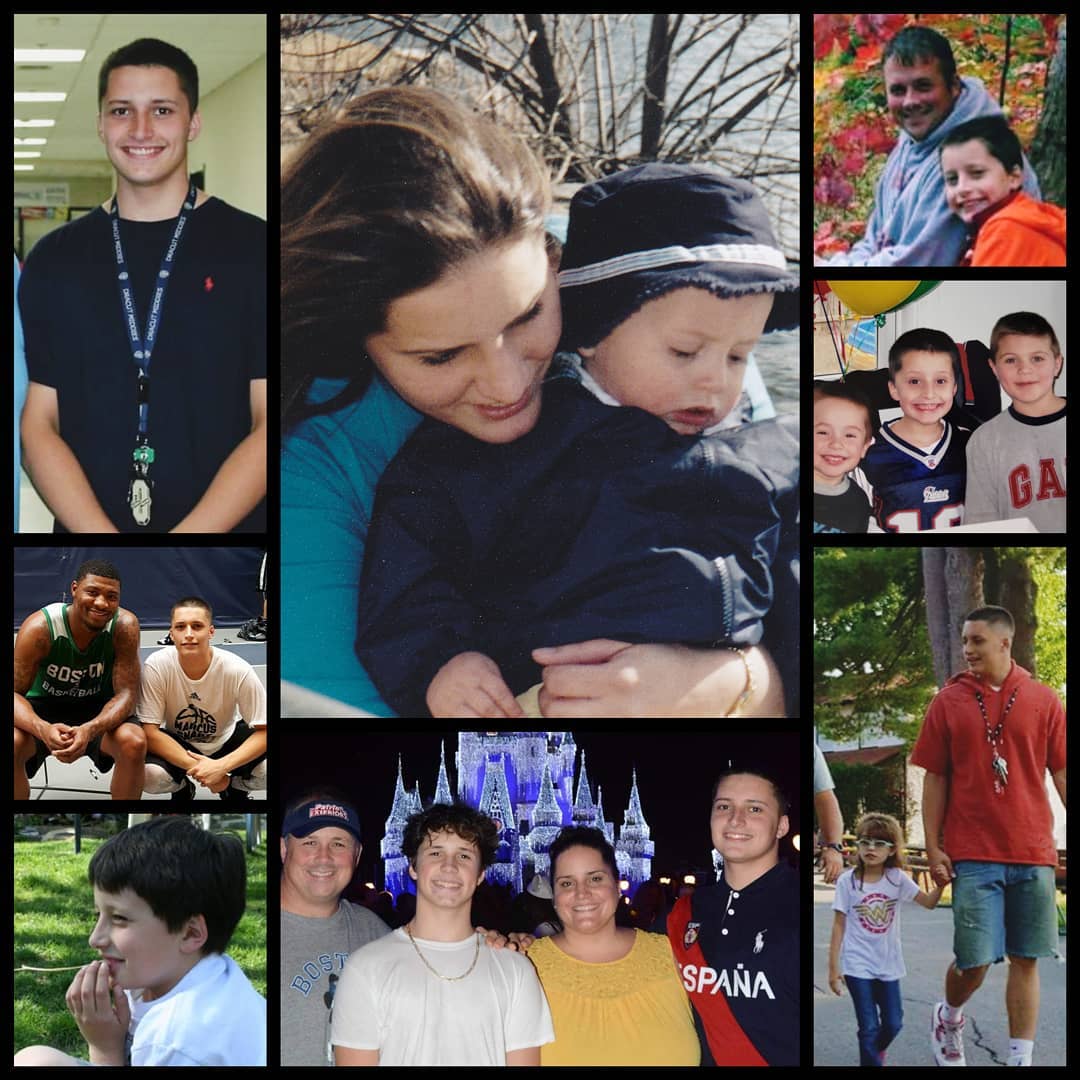 Kimborowicz’s mom, Heidi Kimborowicz, said she learned of the yearbook entries from other students who were friends with Adrian, who attended Dracut High School for years and played varsity football and basketball for the Middies before moving and graduating from Lowell High School in 2019.

“I just felt numb,” Heidi Kimborowicz said. “I couldn’t believe this could get by any of the advisers. I don’t know how they didn’t catch that.”

Kimborowicz has not publicly commented on her son’s death before now — though she often posts photos and memories of him on social media. But seeing calls for his alleged shooter to be freed — especially when Lemay is already out of jail and on house arrest despite the serious, violent charges he faces — prompted her to speak up. Kimborowicz stood in the rain with about 30 family members and friends on Monday night in an effort to confront Dracut Public School administrators on their way into Town Meeting at the High School. Kimborowicz said she has heard from administrators, but was not satisfied with the response and wants both a public apology and for at least some of the yearbooks to be reprinted. “I want them to give students a choice to return the ones (with the reference to Lemay) in them and to get new yearbooks,” she said. “I don’t think I’m asking a lot.”

Lemay — charged with armed assault with intent to murder, assault with a dangerous weapon, carrying a loaded firearm without a license, carrying a firearm without a license, and discharging a firearm within 500 feet of a dwelling — was ordered held without bail on Oct. 13, when he was arraigned in Lowell District Court while Adrian Kimborowicz was still alive. At a dangerousness hearing on Oct. 16, a Lowell District Court judge ruled that Lemay was too dangerous to be released pending trial, and ordered him held without bail for at least 90 days. No upgraded charges have been filed after Kimborowicz’s death, and Lemay has not been indicted by a grand jury.

Though police initially described Lemay as “armed and dangerous,” 90 days after he was also determined by a judge to be too dangerous to be released — in January — his bail was reduced to $50,000 cash. In April, with still no upgraded charges or indictment, Lemay’s bail was lowered further to $7,500 cash, with the conditions that Lemay remain on continuous house arrest and wear a GPS monitoring device to ensure compliance. Lemay posted that bail and has remained on house arrest since. Heidi Kimborowicz said she has heard Lemay has partied with friends at his home as he awaits trial, and seen videos of it.

Police reports quote witnesses who say Kimborowicz was not Lemay’s target, and that Kimborowicz was only involved because Lemay allegedly knew he was friends with another man who allegedly stole an eighth of an ounce of marijuana from Lemay months earlier. Kimborowicz was just a middleman, arranging what he thought was going to be a one-on-one fistfight between two other men, according to police reports.

“He said that as he looked at C-Mello he saw him raise his hand, then (point) a handgun at them. He said he immediately feared for his life,” Detective Linda Coughlin wrote in a police report about an interview with a man who said he was the person who was supposed to fight “C-Mello” on Sept. 26.

“He told us that C-Mello said nothing, he then began to hear shots while simultaneously jumping behind a parked car. He told us that he thought he’d heard five to six gunshots,” Coughlin wrote. “When the shooting stopped, he heard tires squealing and realized that Adrian was down in the roadway, and had been shot. He ran to help Adrian and called 911 from (Adrian’s) cellphone.”

“C-Mello” fled the scene before police arrived, and was later identified by a witness via an array of photographs, according to police reports.

This story is insane for several reasons.

Here are the two kids who posted it: Imagine spending 4 years at a high school and the only lasting memory that comes to mind when you leave is honoring a gun toting shitbag most famous for killing an innocent person? That’s literally the only thing Jean Carlos Santiago had to say about his experience at Dracut High School. #FreeMello. You’d think that playing in the state finals at the TD Garden would’ve come to mind. But I guess it wasn’t as memorable as his friendship with a killer.

Then there was Alexandra Irwin. She was an honor roll student and star of the soccer team. Evidently her entire experience at Dracut High School was “painful,” but probably not nearly as painful as getting shot by C-Mello. Nevertheless she describes him in white girl voice as one of the “real ones,” and demands he be released from prison so he can shoot more innocent people.

I remember submitting my senior bio to the yearbook committee with vague, coded references about keg parties, and our 55 year old yearbook adviser was smart enough to sniff them out. What’s the DHS yearbook advisor’s excuse? I’m not gonna shame them because they probably meant no ill will, but they obviously knew who “free Mello” was, since he went to school there. And in general, “free anyone” is hoodrat talk you expect to see in the comments section underneath a Lowell Police drug bust post on Facebook. If you’re that out of touch then let someone else run the yearbook.

The grieving family has asked for a simple request – reprint the yearbooks for those who want them. It’s not that hard, there’s probably not that many kids who are gonna request it since they’ve probably had their books signed by now, and any expense incurred is the least they can do for this massive fuckup.