Fall River FungalFupa and Scramburglar Called Out On Social Media For Chew And Screw, Wisely Show Up In The Comments, Chick’s Cockeyed Boyfriend Presumably Displeased So earlier today, The Liberal Club Restaurant posted this to their business Facebook page:

These are two ratchet banditos that give not one fuck. They even took the leftovers. Sat down, stuffed their gullets with food they had no intention of paying for, served by someone they knew they were going to end up sticking with the bills, asked for a box and took off while staring directly into the camera.

The only way they could’ve made it easier to be identified was to show up in the comments section, which is exactly what the lovely lady decided to do.

Honestly, if she had just kept her trap shut she might’ve gotten away with it. Security cameras don’t come with photo filters – it’s like two different people.

Yeah guys, chill out already. It was just a misunderstanding. Like, they misunderstood they had to pay the amount on the check handed to them at the end of their meal. Happens to everyone.

And don’t you dare call that chud in the stylish green coat her boyfriend, that’s not her man.

This is her man. I’m sure it’s cool that she went out to chew and screw with her ex – since her boyfriend has a wandering eye. And he, too, appears to be a law abiding pillar of the community:

“A Somerset man is facing OUI charges after he allegedly launched his vehicle airborne and into a house.

“Like a Matrix movie. Like the Matrix. It was crazy. I couldn’t believe it,” homeowner Karen Campos exclusively told NBC 10 News.

Officials and witnesses said the crash was dramatic and violent.

The vehicle allegedly took off over a snow bank, partially landed on the top of a neighbor’s vehicle, and smashed through a picket fence, before hitting the home, and ultimately coming to rest in the front yard.

Witnesses said the car rolled over multiple times in the process.

“A mess. It was a mess. I was just worried about my dogs,” Campos said through tears. 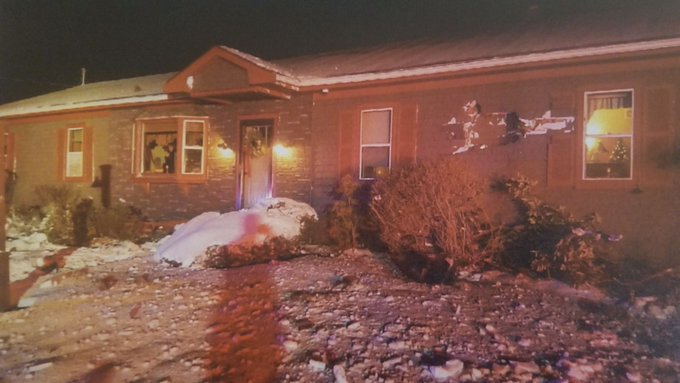 Police said Arsenault suffered lacerations to his head, but that his injuries were non-life threatening.

No one else was injured, and no one was inside the home at the time of the crash.

Police told NBC 10 Arsenault was involved in a separate hit-and-run with another vehicle, and was being followed by a witness of that incident, at the time of the crash.

They said the crash could have been much worse.”

Winners all the way around!

So apparently the bill has since been paid, and that’s cool, but Slamburglar and Sleaze still have to live with the shame of skipping out a bill, being stupid enough to make this one of the easiest ID jobs on social media to date, and taking home a doggie bag of stolen leftovers in the process.