Yesterday the Leominster Public Schools became the first district to cancel in school learning for the first quarter of the year.

This was after the surveyed teachers and parents, and 83% of parents and 70% of teachers said they wanted some form of in school instruction. The School Committee in a 5-4 decision basically told them to fuck off. I discussed the implications of this at the 46 minute mark on last night’s live show.

This is insane. Does the SC not know that ZERO kids have died from COVID in Massachusetts? Are they unaware that there are zero documented instances of children passing on COVID to their teachers in other countries? Do they not care about the effects this is having on students from low income backgrounds? Do they think school just isn’t that important so it can be effectively cancelled on a whim like this?

My daughter is going to be in kindergarten next year and we still don’t have a plan from our district. If she has to learn electronically who is going to sit with her by the computer? She’s 5, so she can’t do a Zoom call on her own. This effectively has forced parents to become teachers as well. Except I’m running a business, and the vast majority of parents are working themselves. I’m sure this is a dilemma for many in Leominster too. What are they supposed to tell their bosses? I can’t come into work until November? And since Leominster parents are basically playing the role of a teacher, and are forced to stay home with their kids instead of working, will they be compensated at a teacher aide’s salary by the Leominster Public Schools?

But I guess the Leominster School Committee doesn’t care about that. Mayor Dean Mazzarella serves on the committee and was one of the 4 no votes. He posted on Facebook today about a protest of this ridiculous decision. There were 5 members who voted to do remote learning only. Peter Haigis is the husband of State Rep Natalie Higgins, a radical leftists who recently voted to end qualified immunity for police officers and wants them defunded. He appears to be childless, and works as a software developer and political consultant. Thus he will not be affected by this decision personally and will continue to earn a living since his industry is not affected by COVID.

Ronald Houle is a much older man. It seems unlikely that he would have kids enrolled in the LPS.

Isabelle Alera is a 2016 Leominster High School graduate and a 2020 Worcester State grad. She of course has no children, and recently posted how people should “take a seat” if they want their children’s schools to be fully opened. She has the same political leanings as Haigis. Brandon Robbins is a 24 year old, childless resident who was elected while still enrolled as a student at UMass Lowell. 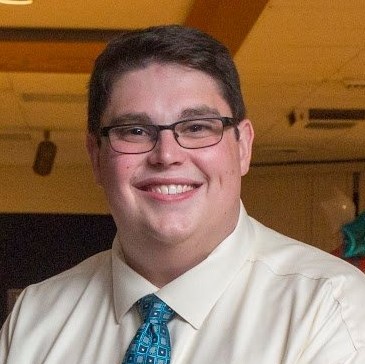 Like the others, he is a political supporter of Natalie Higgins and subscribes to their ideology, which includes keeping schools locked down until election day. He was just elected last year after a failed run at the City Council in 2017. He criticized former City Council members for doing exactly what he just did:

“They are represented by councilors who are concerned about the needs of all of their constituents, but who may not understand fully their concerns.”

Brandon Robbins does not understand the concerns of the people he represents, or else he just doesn’t care.

It’s unclear if SC member Michael Stessen has any children, but we do know that he subscribes to the same pro-lockdown political ideology as the others who voted to keep the schools closed. The complaints I’ve read from parents who were completely ignored are perfectly legitimate.

Thank you for the full destruction of my autistic daughters mental health. She needs her routines and school. Thank you for sending out a survey and not listening to parents. She needs her teachers and social aspects even if it’s six feet apart. This is a very poor decision.

Absolutely horrendous. Who cares about us working parents. My daughter is on an IEP and struggled so much with remote learning. I guess IEP’s no longer matter and I’m supposed to quit my job and loose my house to do the teachers job. The school committee should be ashamed of yourselves.

Remote Learning was an absolute joke and my children regressed and lost skills. All it was, was busy work. There was no learning!! This is a complete disservice to the children of Leominster. Did you even listen to what the parents of the children you are responsible for educating had to say!!?? Absolutely disgusting!!!

So 67k pediatricians say children should go back. And our school committee knows better. What a load of crap.
Other school districts will be deciding what to do soon so this does not bode well. But the negative effects of not going to school are much more of a threat to your child than a disease that has killed zero children in Massachusetts. The people who want the lockdown to continue refuse to educate themselves on this widely available data because they’ve been brainwashed by the media into believing their children are in danger. And as you can see in Leominster, the people making these decisions are unaffected by them personally.