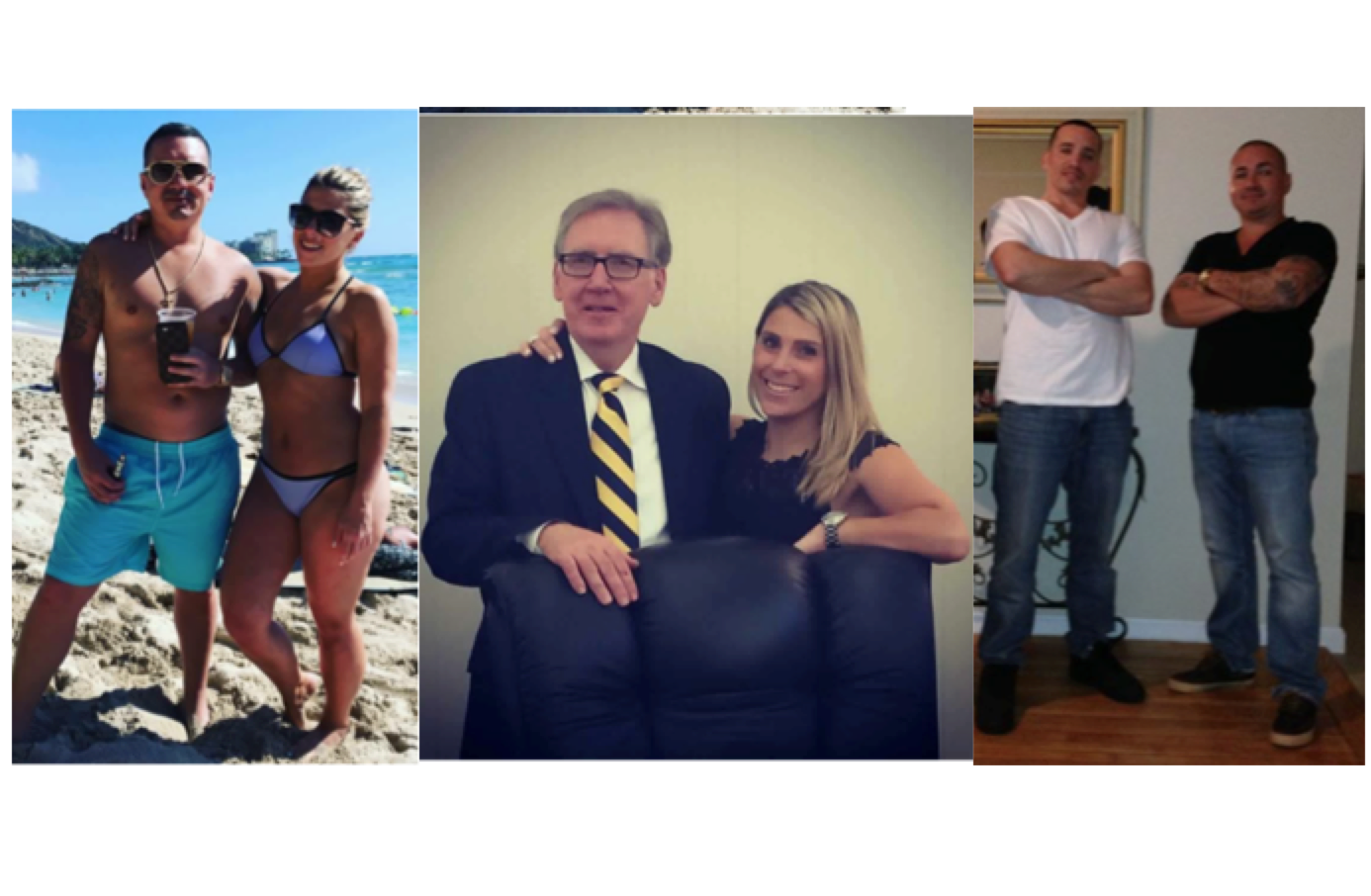 In 2008 an associate probation officer, formerly assigned to the Worcester County Courthouse, was put under investigation for leaking information to known criminals and subjects of major drug investigations. Her name is Ashley Losapio, and her stepfather Paul Losapio was a Worcester District Court Judge at the time. Today he is retired judge after working in Uxbridge District Court. Here is what the Turtlegram reported:

Police and Probation Department officials confirm that the target of the investigation, Ashley Losapio, has been questioned about her alleged role in those leaks. As part of her job, Ms. Losapio had access to Probation Department records and also was privy to private sidebar conferences between judges, defense lawyers and prosecutors in courtrooms.

The probe into the alleged leaks, authorities have told the T&G, raises concerns about whether or not major police investigations, as well as the safety of confidential informants and cooperating witnesses relied upon in those investigations, have been compromised.

Ms. Losapio, stepdaughter of Worcester District Court Judge Paul A. Losapio, would not meet yesterday morning with a T&G reporter outside her office at Westboro District Court, where she recently was reassigned.

Her alleged involvement in the information leaks, the T&G has learned, surfaced during an investigation which included a court-approved wiretap that targeted several people charged with gun and drug violations.

Authorities say they are now actively pursuing a “fact-finding” investigation into the scope and detail of information Ms. Losapio allegedly supplied people. A police detective described the recipients of the information as violent criminals and known to be involved in illegal drug trafficking.

A source close to the investigation, who asked not to be identified because of the sensitive nature of the case, said police allegedly learned of her involvement during a telephone wiretap. One of the taped conversations revealed that an inmate at the Worcester County Jail and House of Correction questioned the caller about a third man, asking if that third man was under investigation for any sort of drug investigation.

The inmate allegedly referred the caller to a contact, an “Ashley L. in the courthouse,” who could be relied on for information about the case, the source said. The wiretapped phone call was from a county jail inmate to a woman, who then connected a third person to the conversation. Police say their investigation determined that the “Ashley L.” referred to is Ms. Losapio.

“During the course of the interview, Ms. Losapio admitted past relationships with one suspect known to us to be involved in the drug trade and violent criminal acts,” Capt. McGinn said. Ms. Losapio allegedly was introduced to associates of that man, including the inmate whose conversation was wiretapped. The man also is suspected of involvement in illegal gun sales and has a record as a violent offender.

“These are protected records housed by the court system,” Capt. McGinn said of the ongoing investigation. “There are identities and locations of people impounded for certain well-documented reasons.” Capt. McGinn said Ms. Losapio’s alleged actions were a “breach of trust” in the relationship that police have with the Probation Department. The alleged breach, he said, has had a “chilling effect” on that relationship. “We often work with individuals who are informants and cooperating witnesses who may be under the control of the Probation Department,” the captain said. “Accordingly, there is a high level of trust we have with the Probation Department. We work very closely with these people and until now there has never been a problem.“I’m trying to avoid harm befalling …one of our witnesses if the information about their identities has been leaked. I just can’t trust our information going over there right now,” he added.

In other words, she had access to sensitive, confidential information about cooperating witnesses and informants (snitches) in ongoing police investigations. Obviously if known criminals got access to this it could tip them off to stop operating their illegal operations, and they could intimidate witnesses to stop cooperating with police. And in a wiretap of a taped conversation from the West Boylston House of Corrections, an inmate tells the person he is talking to to check with Ashley Losapio to find out if he is under investigation. She’s that well known amongst prisoners and convicts.

Yet somehow she wasn’t fired. Instead, according to the Boston Globe, she was transferred to an easier, low key gig in Westboro District Court. She also admitted to a bunch of other really incriminating things:

McGinn wrote a letter to O’Brien in 2008 after Losapio, according to police, admitted hanging around with “bad guys,” had the telephone numbers of criminal suspects programmed into her cellphone, and acknowledged that she would tell those suspects about whom she saw in court. McGinn said O’Brien never contacted him. Losapio kept her job and got a pay increase.

The Globe reported that “Worcester police fruitlessly complained to O’Brien in
2008 that associate probation officer Ashley Losapio, the stepdaughter of a judge, had
compromised an investigation by leaking information to criminals.” According to the Globe, Ms. Losapio admitted to having contact with known criminals and informing them of people she saw come into the court where she worked.Worcester Police Officers, the Globe reported, informed Commissioner O’Brien that Losapio “is not a suitable person to serve this community.” The Globe’s story concluded that while Losapio “has been transferred,” “[s]he continues to work for probation, as a probation officer” and believe she continues to associate with known criminals. Her pay has increased by nearly $3,000 a year.”

Worcester police informed Independent Counsel that they have never heard back from the Commissioner’s office regarding Losapio, but they believe that she is still socializing with the individuals involved in criminal activity. The provided us with Facebook screen shots showing photos of Losapio associating with those individuals.

Of course she got a raise too!!!!! Why wouldn’t she? It’s Massachusetts, where it pays to be a criminal!!! Do you realize how corrupt this is? A probation officer who admits that she is friends with lowlifes and gives up confidential information to criminals, gets transferred to a cushy job instead of being FIRED, because step-daddy is a judge. This is how corrupt our justice system is in Massachusetts, in favor of the bad guys and scumbags. She lost one weeks pay, which tells you that they recognized that she had indeed something very wrong. Yet they kept this sketchy drug dealer pass around on staff, because her mother married a judge. Unreal.

So why are we bringing this up now? Two reasons, both of which have to do with Jorge Zambrano.

1) Lenient judges are a HUGE reason that people like Zambrano are running wild. Here is a small sampling of Paul Losapio’s work from the Worcester Courthouse records: 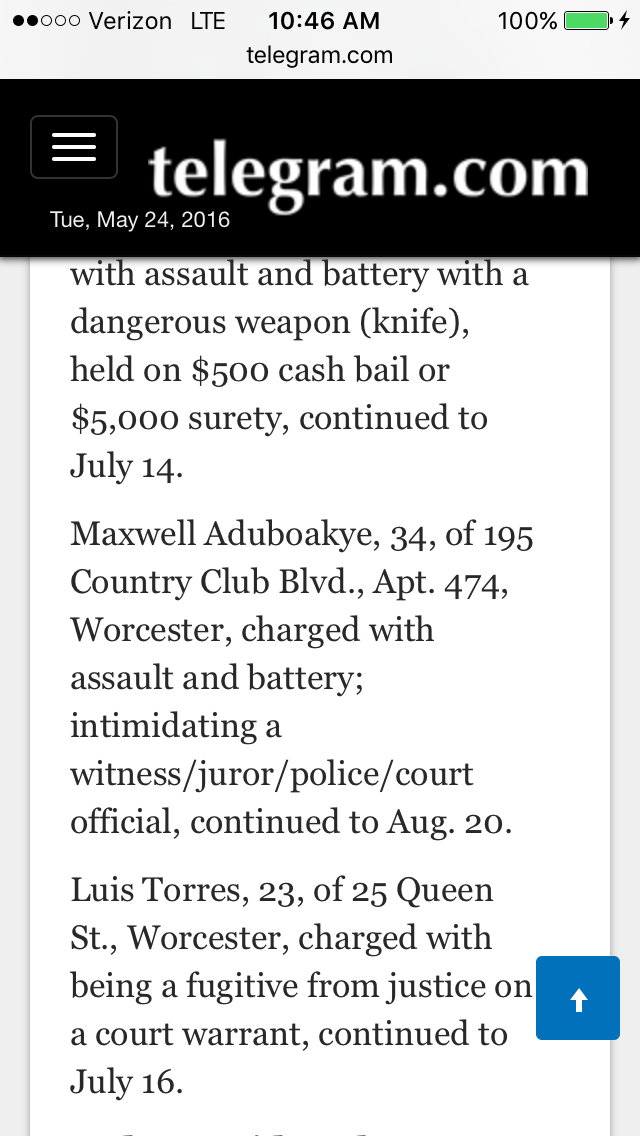 Those are some dangerous and serious criminals. Intimidating a witness, being a fugitive from justice, and assault and battery. You don’t get in trouble for any of those things. The police negotiator mentioned Giancarlo, who lives 1,000 miles away, during Jorge’s standoff in Rochdale:

Ya got that? A sketchy criminal public employee who we are told still works in the probation department and was suspended for giving confidential information to criminals, is banging the brother of a criminal who has been on probation and killed a police officer. This is the same probation department that allowed Jorge Zambrano to miss four scheduled drug tests in April, and wasn’t sent to jail. He also failed two drug tests for cocaine: Question – what is the purpose of probation if you can violate it and still remain free? Because I was under the impression that you went to jail if you violated the terms of probation. Silly me. It turns out that if your brother is banging a judge’s step-daughter who works in the probation office, then you can do whatever you want and remain free. Gives you ample opportunity to kill a cop too.

So what does Giancarlo Zambrano do for a living? Well, he lives in Miami and he makes a LOT of money which he spends on Ashely Losapio during her monthly trips to see him, and their glamorous vacations, which she brags about on Facebook: 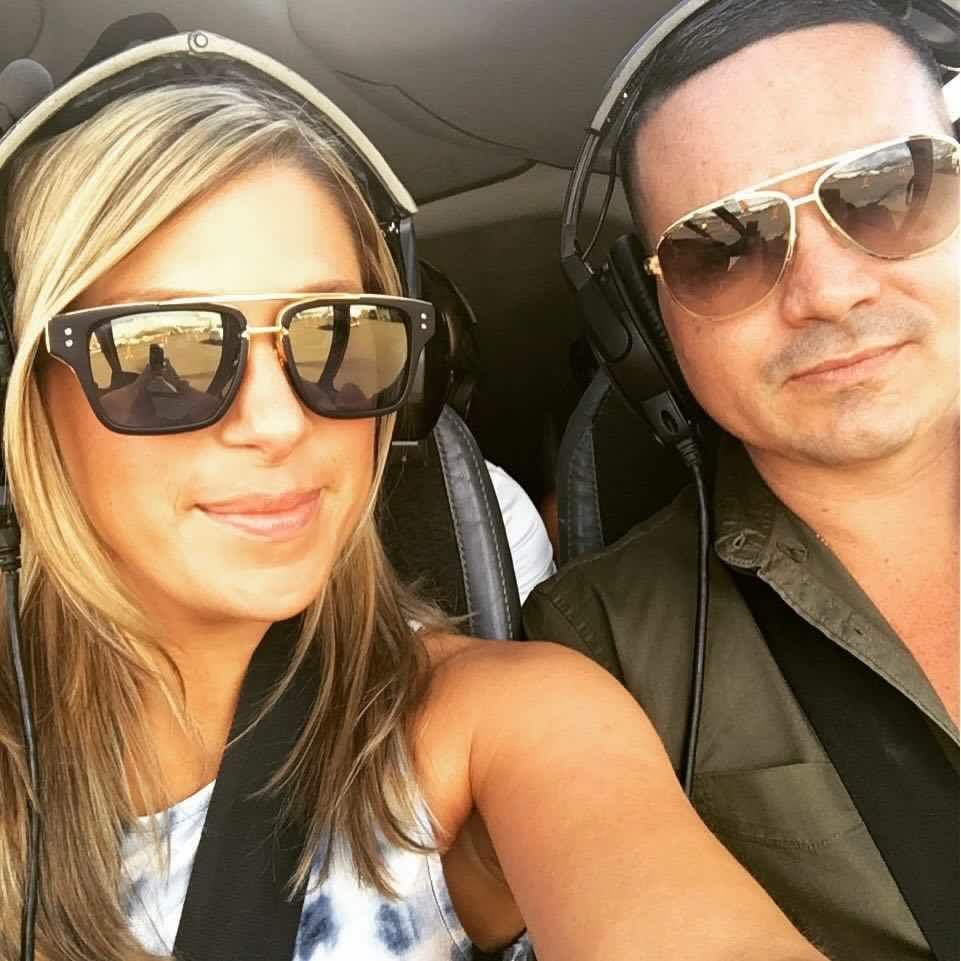 What a great way get rid of cash – take trips to Hawaii, go on helicopter rides, horseback riding, drink your face off, and buy expensive gifts for you Massachusetts girlfriend.  Those sunglasses are apparently 18 karat gold. Must be nice to work for the probation department and date a Miami “businessman.”

This is just so disgusting and shameful. Judge Losapio knows damn well who his daughter is dating. He is looking the other way, and clearly his influence is being used to make sure this dangerous criminal of a stepdaughter remains not only employed in the probation department, but gets a raise and a pension!!! And we are paying for her to do this!!! And in the meantime she is continuing to not only associate with other criminals, she is banging the brother of a cop killer!!!

Here’s my question – are all these judges friends? Are the countless judges like Andrew Mandell who kept Jorge Zambrano out of jail chummy with Paul Losapio? Should a probation department employee be allowed to accept lavish gifts from someone whose brother is on probation? Don’t worry we will never, ever stop asking these questions until we find out the answers. Ever.

Update: Giancarlo has chimed in on our Facebook page: Clearly false? All we did was quote the Globe and the Turtlegram and your side piece’s Facebook page.