In his never ending quest to become the biggest asshole who has ever walked the earth, Kanye West kicked it up a notch this weekend at a show in Australia where he publicly shamed two concert goers for not standing up during his show……..because they were handicapped and in wheelchairs.

First of all, is anyone at all surprised about this? I mean, if you were to tell me that a famous person stopped his concert and tried to make two handicapped kids stand up, I would bet my Nantucket horse ranch that the entertainer was Kanye McDooshnozle. It’s just so Kanye West it hurts. This is what he does. He makes an ass of himself. Remember that awkward moment he had with Mike Myers during the Hurricane Katrina fundraiser?

“George Bush does not care about black people.” Those are the kinds of things that Kanye West WILL say without cue cards. He would’ve fit right in at City Hall yesterday for the “Worcester Police are racist” rally. I almost forgot about Bush there for a second. It’s funny how much more likable Presidents are went they’re not President anymore. Remember when everyone used to hate that guy? Man, those were the days. Hate to say it but Obama is basically Bush 2.0. I miss the good ol’ days when the only people who disliked the President were soccer moms that didn’t like when the president was on the receiving end of felatio during government shutdowns.

So let’s recap what Kanye did wrong here. First he tried to get everyone to stand up. Now normally I’d say this is fine. You want the crowd to be rocking. But when you say “everyone better stand up,” that’s supposed to be an empty threat. You’re not ACTUALLY supposed to enforce that. It’s like, hey asshole, we’re here to watch you rap, not enforce dumbass rules that you’re making up on the fly.

Then he really fucked up when he got the crowd to start chanting “stand up, stand up” to a person who would love nothing more than to have the ability to stand up. Does Kanye think he is Jesus now? Was he expecting the wheelchair bound individual to miraculously be healed by the goodness that is Kanye West? And isn’t this bullying? He got a crowd full of Australians to boo a handicapped kid. Australians are the closest thing we have to human savages in this world. A country who was founded solely for the purpose of warehousing British undesirables, paupers, debtors, and criminals. A country that is famous for beer, dingos, and this guy: 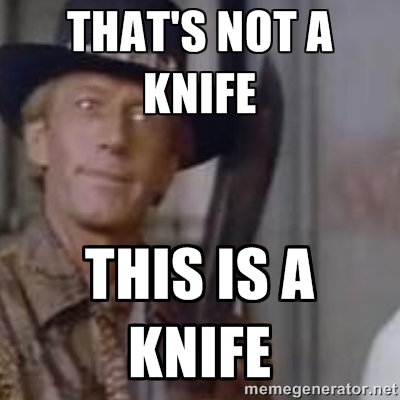 Here’s another thing – even if they could stand up, why the fuck should they stand up? Mother fucker, I paid $73.50 for these tickets. You stand up. There’s nothing worse than a concert or song that comes with directions. That was one of the #1 rules for the DJ at my wedding – no songs with directions. Don’t tell me to slide to the left. Don’t teach me how to Douggie. I’m gonna dance how I wanna dance cuz I’m paying your ass. End of story.

The last thing I’ll say is this. Rap concerts blow. And I like rap too. For crying out loud I live in downtown Worcester – it’s what I was raised on. Actually that’s a lie. I was raised on Scott Joplin and John Phillip Sousa, but those guys don’t have anything on Eazy E. Anyway, as much as I like rap, the first time I went to a rap concert was to see G Unit back in ought four. And I’m not talking about what your grandmother says when she found out you made her a sweater. I’m talking about Lloyd Banks, Fiddy Cent and the crew. I rocked the shit out their album. I used to sing along with it all the time in car, careful to only say the “n” word when I was by myself.

But when I heard them live it was nothing like the album. “I’m a mother fucking P-I-M-P” doesn’t have the same ring to it when there’s fifteen assholes in wife beaters running around the stage with microphones. I had no idea which one was Fiddy the entire show. The whole concert sounded like a bunch of guys who were out of breath yelling at the crowd. So yea, I actually like Kanye’s music, but the “music” at this concert was almost as awful as trying to force two handicapped people to stand in his presence. 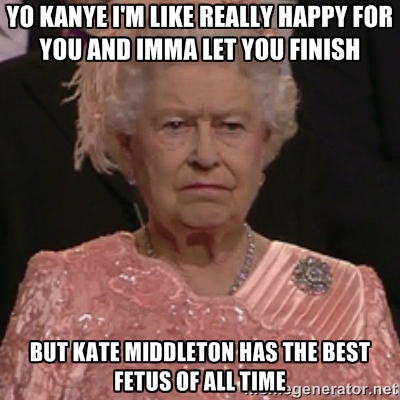