Meet Osvaldo Acevedo, The Springfield Bag Of Douche Who Abandoned A Dog In A West Springfield Lot After Driving It There In His Trunk

Less than an hour we published a blog looking for the bag of shit who abandoned a small puppy at a lot in West Springfield after driving it there in the trunk of his Honda Accord. The poor thing begged not to be left behind, but he did anyway because he is a soulless waste of space. But it turns out it’s far less complicated then that, and the plates were in fact registered to the official vehicle of Springfield. Meet Osvaldo Acevedo of Springfield and his pet slampig. That fact that living in Springfield with a piece of shit like this is “living your best life,” tells me everything I need to know about her. As does the fact that she even owns that shirt. As you can see, he looks like he’s a great grandfather, which in Springfield means he’s probably about 48 years old. And of course he doesn’t speak a lick of English because that would require assimilating and that be racist yo. Here he is doing something to his dog involving el bano, and the dog doesn’t seem happy.

He’s actually got a few dogs, and I’m gonna go out on a limb and guess that he’s routinely involved in breeding them in some capacity. 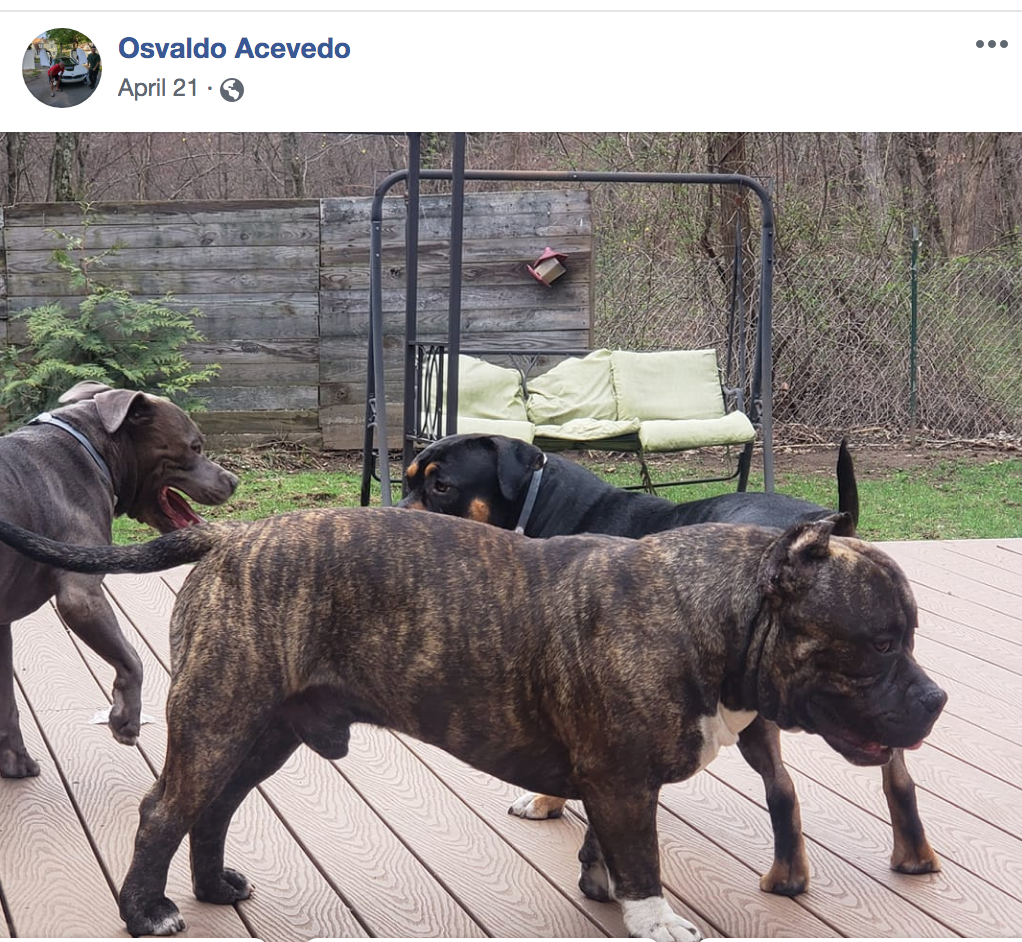 Just a guess though. Either way he should be arrested for what he did to the dog and prosecuted to the full extent of the law. Luckily Rachael Rollins is not the DA in Hampden County so crimes are actually prosecuted there. Feel free to send this to the West Springfield Police, although they likely know who he is already and are taking steps to have him arrested. I’d love to see them post his mugshot on their Facebook page so we can all bask in the satisfaction of Turtleboy justice together.