In light of everything that’s happened recently with the MIAA, it would seem as if it’s impossible for them to come across as bigger dooshnozzles. That changed on Tuesday. Dennis, Callahan, and Minihane got Paul Wetzel on the phone today from the MIAA. Wetzel is the head of the MIAA’s Wellness Advisory Committee (yes, that is something that exists), and was attempting to clear the air about the bad publicity they’ve been receiving in light of the scandals involving Beverly lacrosse, and Chelmsford and Methuen baseball.

I couldn’t even tell you what this guy looks like, but he sounds EXACTLY like what an MIAA spokesman would sound like. Donald Sterling is better prepared for phone calls than this clown. Seriously, did like even prepare at all? You would think he would have some actual fucking answers ready to go. Instead when Dennis, Callahan, and Minihane asked him the most OBVIOUS questions that you KNEW they would ask he seemed completely unprepared.

It started off asking about scheduling games during SAT conflicts, as they did for the Methuen-Chelmsford baseball game. His response was priceless:

“We advise students about SAT conflicts.”

Ya got that? They tell students that the games they schedule will conflict with the SAT’s. Therefore it’s OK. Not their fault at all.

Then he said they had to play the game on Saturday because “We’re commited to ending the tournament on June 14th.”

Huh? Why? Is it gonna snow on June 15th? Is basketball season starting? This is the same organization that schedules Super Bowls a week into the basketball season, which makes it extremely hard, if not impossible for basketball coaches to pick rosters. They have no problem interfering with the start of another season, but they won’t push back the final baseball game because it conflicts with absolutely nothing? Because that makes a TON of sense.

This is just another example of the “rules are rules” mentality of these professional dingleberries. More importantly it’s another example of their complete inability to be flexible and adapt on the fly. These are people who are paid six figure salaries, but yet can’t be bothered to think outside the box. This is the epitome of laziness. Rescheduling games requires work. The official policy of the MIAA is, “fuck work.”

So why couldn’t they change the originally scheduled game from Thursday to Tuesday? It was obvious in the weather report that it would rain on Thursday. Both schools agreed that they could play it on Tuesday. So why would the MIAA step in and negate an agreement between two obviously willing parties? When asked this question Wetzel paused for what seemed an eternity while he searched his brain for hidden pockets of bullshit. Then he unleashed this gem:

“The tournament format publicized in advance says here’s the schedule for each bracket. And the game is scheduled for that time until we postpone it. We weren’t gonna postpone it ahead of time because weather reports are sometimes wrong. “

Ya got that? They didn’t move the game to Tuesday because experienced and educated meteorologists may or may not be incompetent. Sure events are postponed in advance ALL THE FUCKING TIME because of weather. But the MIAA set the tournament schedule already, and changing it would require work. Fuck work.

Everyone knows this was all about the money. As we pointed out several times at TurtleBoy Sports, it’s a 10 minute ride from Chelmsford to Lowell, but a 40 minute ride to Lynn. Plus people are more likely to attend the game on the weekend because of work conflicts on Tuesday. So yea, obviously this was about the money. When Callahan posed that question to Wetzel, his response was priceless,

“The gate receipts don’t play much of a role.”

YEEEEEAAAAAAA. And I’m sure his six figure salary just pays itself.

They moved onto the Beverly lacrosse kids who were suspended for continuing what is apparently a tradition in Beverly of smoking cigars with your old man after graduation. Why did these kids have to be suspended? How can Wetzel possibly say the punishment fit the crime?

The rule is straightforward, no smoking. These students did smoke. The members are responsible for seeing to it that the rules are followed. The principal at Beverly assessed the penalty.

See what he did there? Blamed the principal. Newsflash – the administration at Beverly did not suspend these kids – the MIAA did.

Apparently the MIAA has never heard of discretion either. Ya see, a trained fucking monkey could say “rules are rules.” Human beings have intuition, reason, and the ability to think rationally. That’s why you’re being paid six figures asshole – to think rationally. Obviously the punishment did not fit the crime here.

I wish they would’ve brought up the fact that David Ortiz was NOT suspended by the FCC for saying “This is our fucking city” last year on TV. Because that’s against the rules right? But the FCC chose to use their brains instead of pointing to a rule and passing the buck onto someone else. How come they’re capable of using discretion, but the MIAA is not?

Perhaps Wetzel high point of nudnikery came when they asked him if HE personally thought the suspension for the Beverly kids was too much. His response was classic MIAA:

“I’m not gonna get into what I think of it personally.”

Big surprise. That’s because doing so would require having an actual personality to have a personal thought about something. He could’ve easily said, yea, I think it was a bit much, but rules are rules. But he didn’t. Because he personally thinks this is a good idea, which makes him a fucking moron.

The MIAA rules on alcohol and tobacco technically prevent kids from touching alcohol at all. What about kids who carry a six pack inside the house for their Dad? How about waitresses who serve beer? How about the kid who works at 7/11 and sells cigarettes? What does Wetzel think of the fact that a kid would be suspended for doing those things under current MIAA rules

There are a lot of schools that have zero tolerance for breaking certain laws. You’re welcome to your opinion. Zero tolerance can sometimes end up with a not so acceptable decision being made. 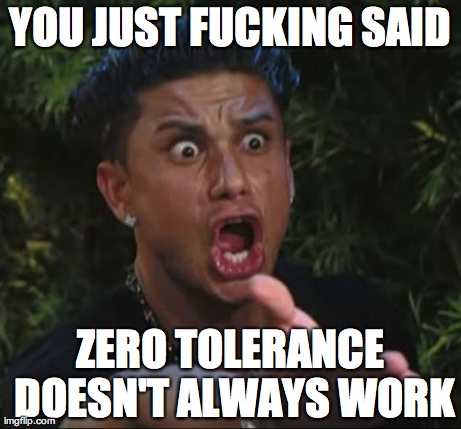 Wait…….what? So zero tolerance is not so acceptable a decision, and the MIAA’s solution is to perpetuate this because lots of schools have zero tolerance policies? And who the fuck cares if some schools use zero tolerance? What the hell does that have ANYTHING to do with the fact that the MIAA is using zero tolerance? More passing of the buck.

Wetzel then went back to the SAT’s and the Chelmsford-Methuen game:

Yea the SAT’s are important. I would make the case that the rest of the players who weren’t taking the SATs if we had to move the test and they missed graduation, their parents would be upset.

Callahan pointed out that both teams were willing to play on Sunday, with the winner playing in a double header final on the same day with Andover for the championship. His response was so MIAA it hurt:

Well, we don’t do double headers. 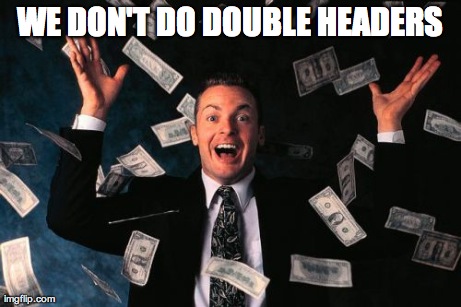 The hosts asked him aren’t there exceptions?

There can be exceptions I suppose. It’s just a very difficult thing to get available times on short notice without impacting other teams in the tournament. The same day on Saturday there was a girls track meet with over 200 participants from over 20 different schools. A lot of them had to miss the meet because of SAT’s too.

Actually no, that’s a boldfaced LIE. The “track meet” he’s referring to is the State Championship meet at Bridgewater State College, which happened to start at 2:30. So there isn’t a SINGLE kid who had to choose between the morning SAT’s and the afternoon track meet. Not one. Also the meet was both the boys and girls state championship, and over 50 schools, and 500 athletes competed.

So basically what he said there is that despite the fact that he collects a six figure salary from taxpayers, parents and schools, he has no fucking clue about the most important meet the MIAA runs in the most heavily participated sport.

Stay tuned to Turtleboy Sports in our never ending crusade against these assholes at the MIAA. We’re not gonna stop.