This is Max Giarrusso from Hingham. 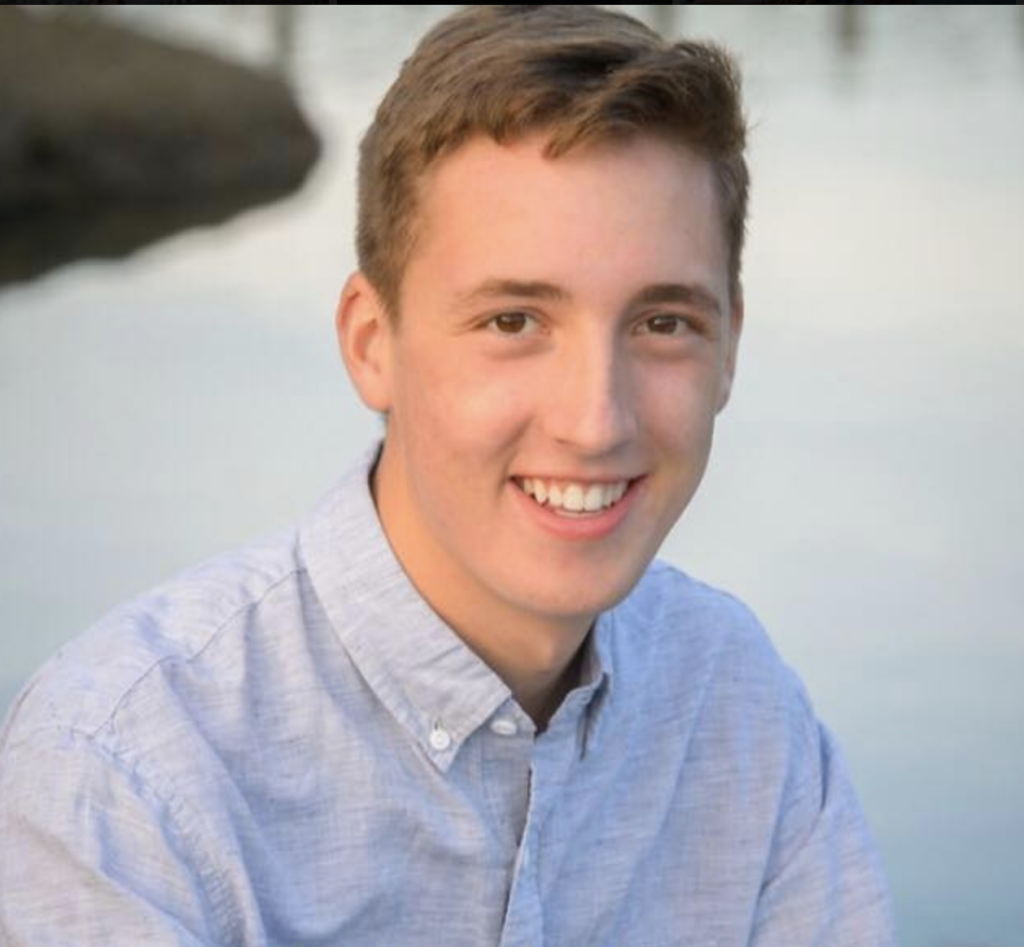 Max is a student at a school no one’s ever heard of in Ohio that makes him feel special by letting him be on the track team. His times are so laughably slow that he wouldn’t have made the varsity team at Shepherd Hill Regional High School when I was coaching there.

Max was driving through Hingham recently when he saw this fire truck and nearly shit his pants. You’ll notice the thin blue line flag on the truck. Hingham is right next to Weymouth, the city where Sgt. Michael Chesna was murdered by an unarmed person of color two years ago. To honor his sacrifice on the anniversary of that horrific event this is what HFD does.

But Max Giarrusso is a fucking asshole so of course he had to write an email to the Board of Selectmen to complain that it was racist. Let me count the ways that Max Giarrusso sucks at life: 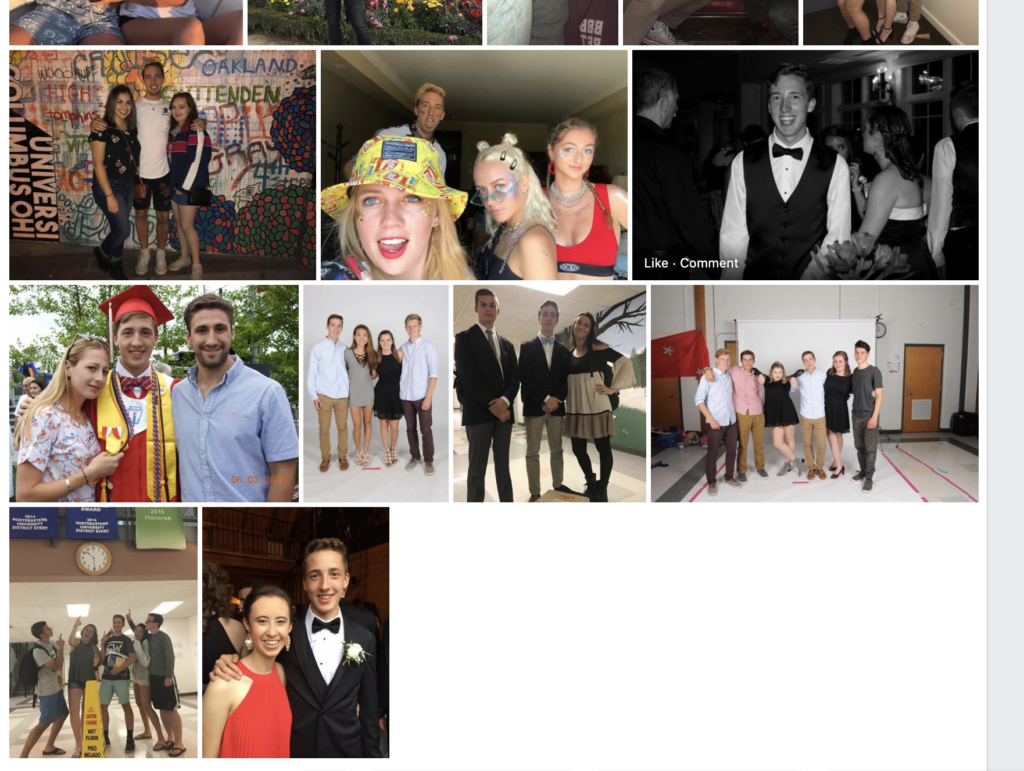 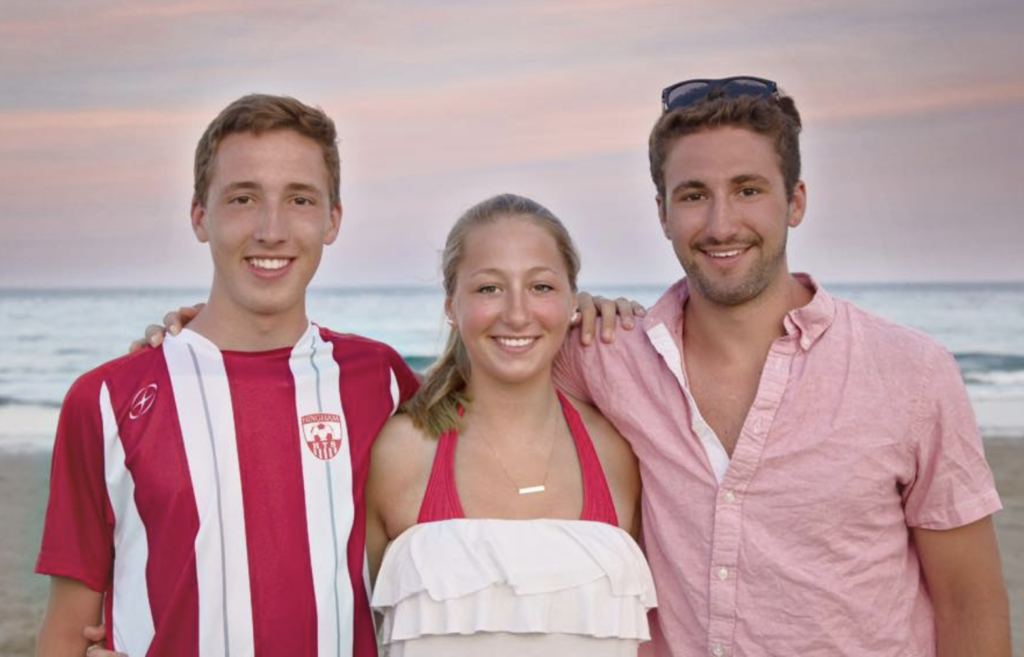 But it’s just one stupid email. All the Board of Selectmen had to do was ignore it. This snot nosed little bitch isn’t owed a response.

However, Selectmen Joe Fisher, who probably just figured out how to use the Internet, emailed Fire Chief Steve Murphy and asked for a follow up. Instead of standing up for Sgt. Chesna’s honor Chief Murphy asked Town Administrator Tom Mayo and Police Chief Glenn Olsson how they wanted to proceed, because apparently he’s too much of a pussy to stand up for his brothers in blue. 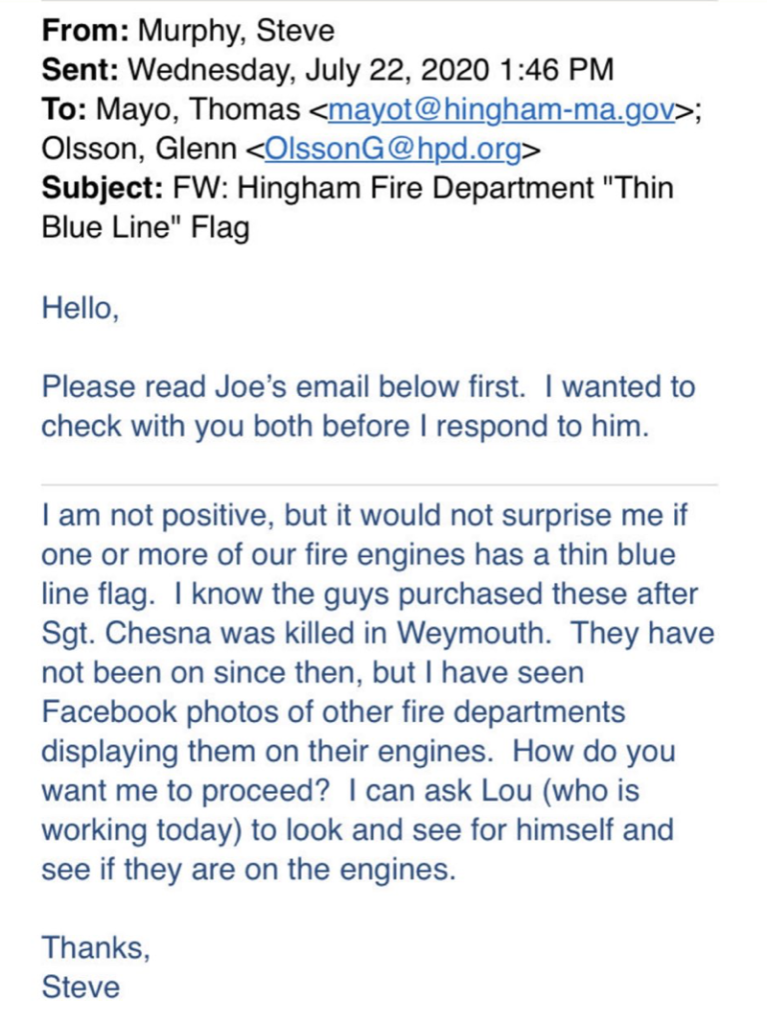 Police Chief Glenn Olsson could’ve stood up for police officers and squashed it. Instead he agreed that the flag was political, said it should be removed, and admitted that he was taking some 19 year old asshole’s email as something he should seriously consider. What a gutless, pandering coward. Imagine being a cop and working for such a worthless bloated bag of garbage? Just look at this disgusting slob. 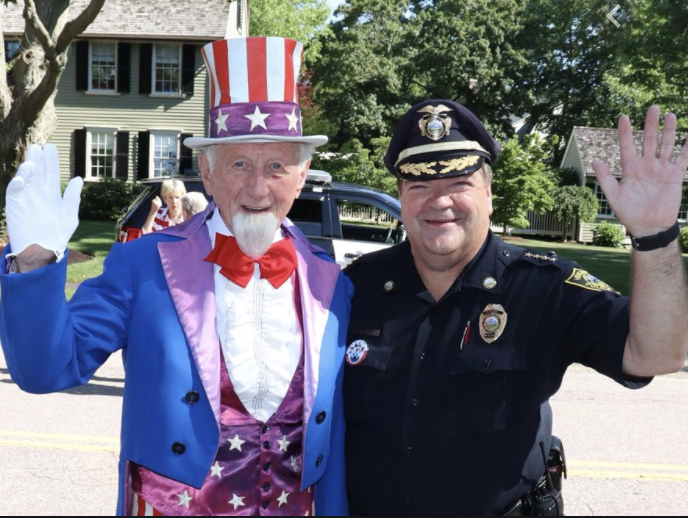 Police chiefs are just as bad as politicians because they basically are politicians. They get appointed politicians and they have to please them to keep their jobs. They’re not real cops and we shouldn’t respect them like we do real cops, unless they go out of their way to support their officers like Cheryl Clapprood in Springfield and Willie Gross in Boston. Just ask the Webster Chief who emasculated himself by lying face down with his hands behind his back to appease a mob.

These emails were not supposed to be leaked but one of the morons hit a forward button by accident and now we have them. The only thing that’s been released publicly so far was this joint statement from the two gutless chiefs. Singular. A 19 year old resident at that. Bob Murchison would be impressed. It’s amazing what one person with a gmail account can accomplish in the age of cancel culture.

“The thing blue line flag has taken a different political meaning, which might be offensive to some.”

No, it hasn’t. Stop letting SJWs decide what is and isn’t politically offensive. They’ve taken away the OK sign, Aunt Jemima, and hundreds of other harmless things because cowards like this are too afraid to stand up to them.

And who gives a shit if it might be offensive to some? We don’t change what we’re doing because some little shit decides he’s offended.

Local businessman Dan Nardo, who unlike Max Giarrusso pays taxes, wrote an email to both chiefs expressing his concerns. 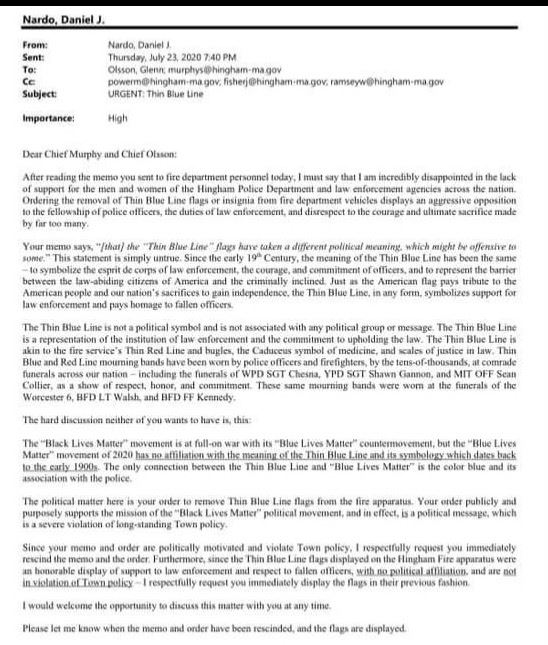 Chief Olsson insisted that he was only asking for the flag to be removed because it was political. 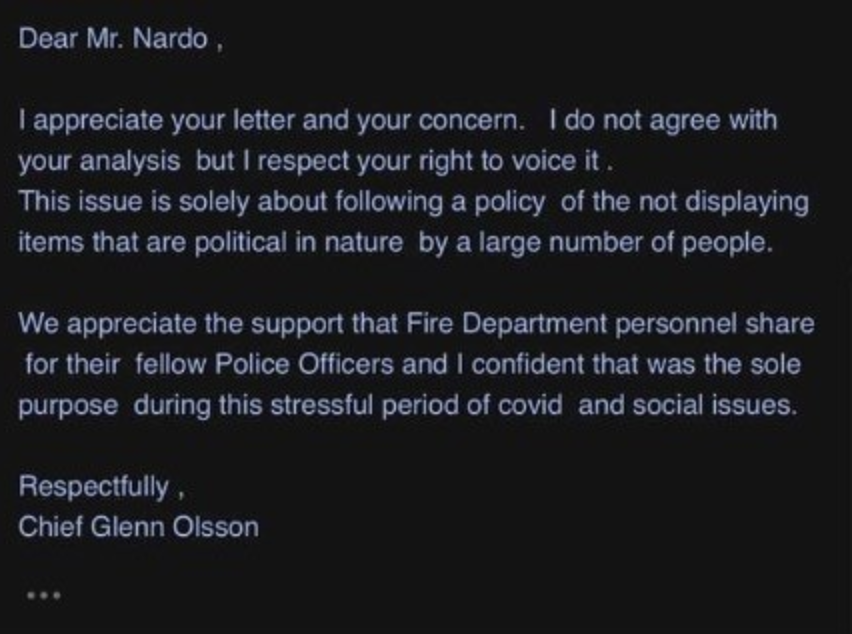 Except it’s not political to honor the lives of Ron Tarentino, Sean Collier, Sean Gannon, and Michael Chesna. And the fact that a police chief won’t advocate for his officers is disgraceful and grounds for dismissal. The firefighters union came out and immediately condemned the action. Which prompted a reply email from Nardo. The chiefs are effectively giving into the demands of one non-taxpaying asshole with a school email account while ignoring the protestations of the firefighters unions and every single member of the Hingham PD, many of who reached out to us to voice their disgust. But since random people get to make demands on town policy, I hereby demand that both Chief Murphy and Chief Olsson resign immediately.