The cowardly Hingham police chief Glenn Olsson resigned in disgrace today, just a week and a half after we exposed his pathetic emails, in which he gave into one whiny cunt named Max Giarusso who pretended to be offended by a thin blue line flag on a Hingham fire truck. 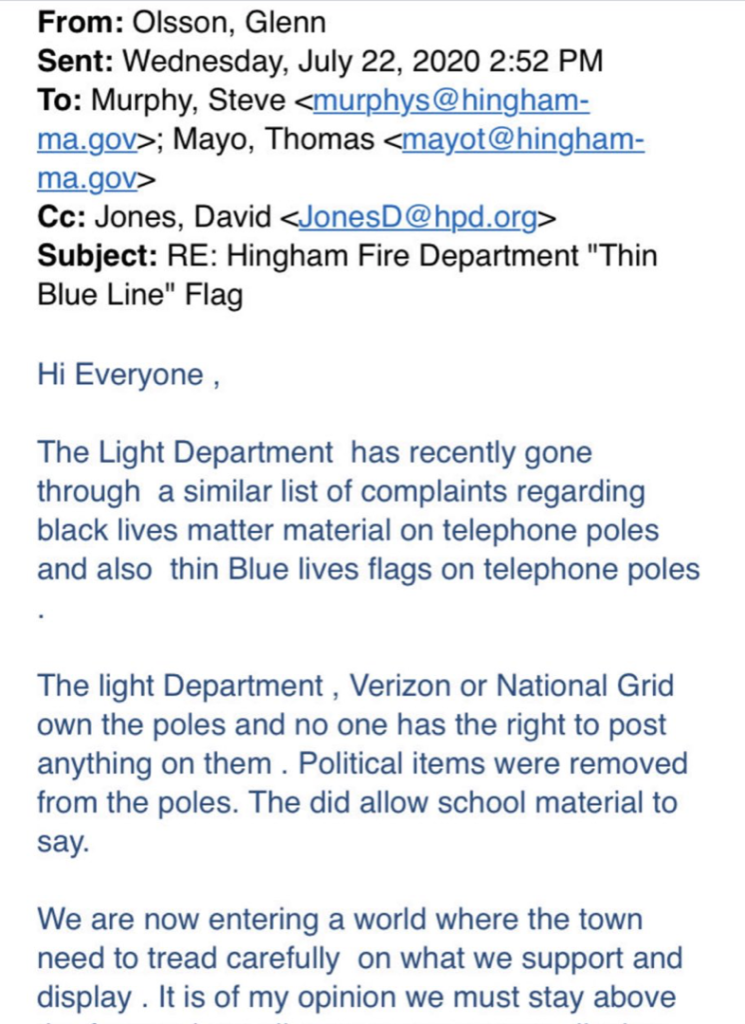 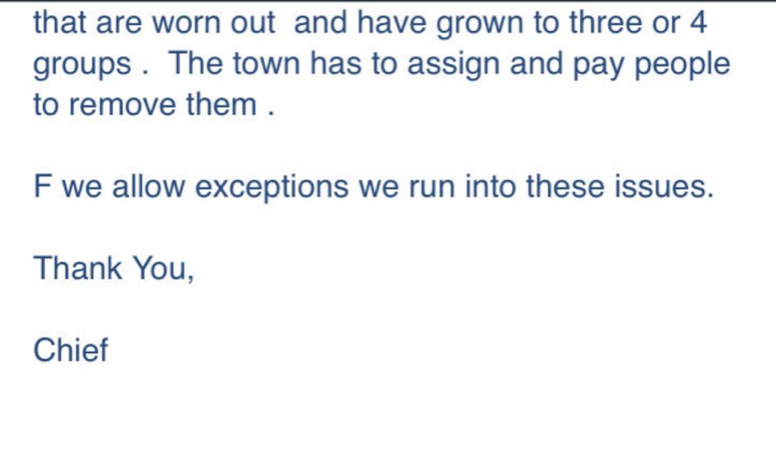 He admitted, when asked, that the flag controversy pushed him over the edge as it should have. Gutless pandering pukes like this have no business leading police departments. Their neighbors to the west proudly fly the flag on their fire trucks and the 5% of people who complain are summarily ignored. You don’t have to pay attention to these people. Their opinions are not valid, and nothing they say matters unless you let them matter. He easily could’ve just ignored this email or told Maxy pad to fuck off. Instead he allowed this moron set policy for the town of Hingham.

Nothing sums up how useless this bootleg Chief Quimby is more than this video of him showing up to a BLM protest with a BLM sign, getting yelled at by the protesters, and trying to plead with them that he’s on their side. I’m not like those other cops who won’t emasculated themselves for your approval. I’m one of the “good cops” who will bow to you even though you fundamentally reject everything about me because I have a badge and a gun. He also resigned because he knows that we know about a coverup he was involved in in June, involving the son of selectman Mary Power. On June 5 this privilege little shithead followed around a Hingham cop and harassed him with vulgarities while carrying a BLM sign. The incident report initially said that he was waving the sign while swearing and giving the finger to a cop who was trying to do his job. However, at the request of Mary Power the disgraced chief covered it up and reworded it as follows in the log:

Just that he was being followed. This is the son of the chairman of the Board of Selectmen, who allowed members of the community to call the Hingham Police white supremacists during a meeting. Her racist husband Dan showed up at a peaceful rally to support the police and swore at Rayla Campbell, a candidate for Congress, while others swore at Michael Chesna’s mother. If the people of Hingham keep this tyrant in power then they’re well on their way to becoming Somerville. Local police supporter Dan Nardo has demanded her resignation.