Ratchet Madness Champion Rian Waters Filed A Criminal Complaint Against Me, Wrote The Most Amazing After David, Says He Had To Quit His Job Due To Disorder Caused By Listening To Me On Live I just realized that we never announced who the winner of Turtleboy Ratchet Madness 2019 was. Time for the big reveal……

Sorry Franklin, you just weren’t ratchet enough. Second seeded Rian Waters joins Trashley Loslopiho, and Didi Delgado as Ratchet Madness Champions!! Congratulations Rian, on literally the only thing you will ever win for the rest of your pathetic existence. 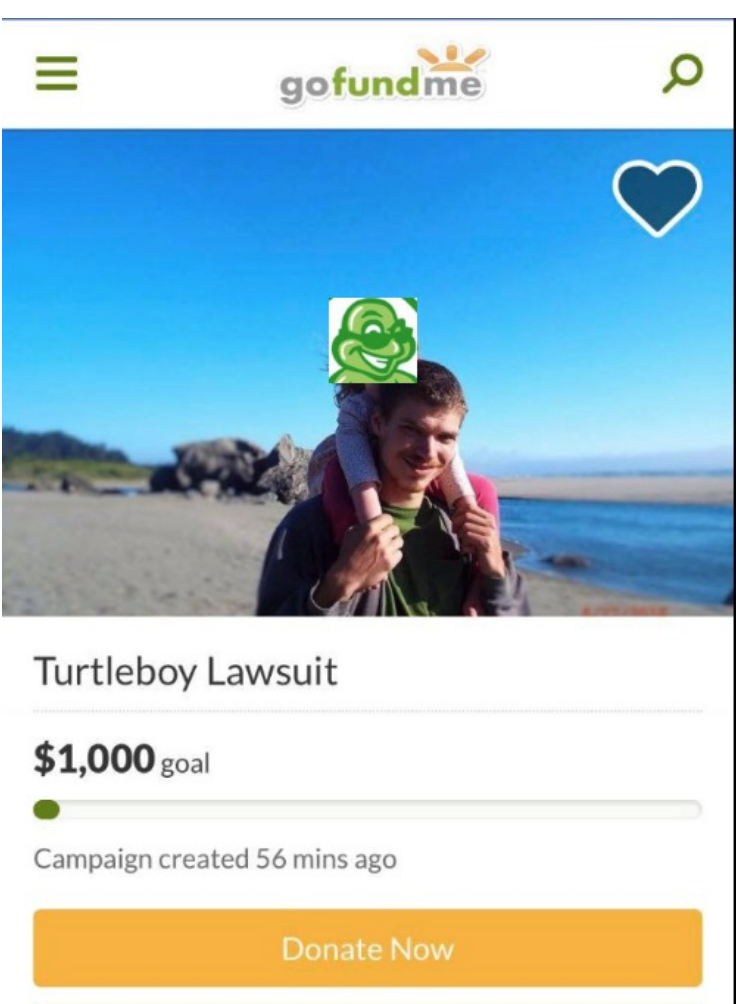 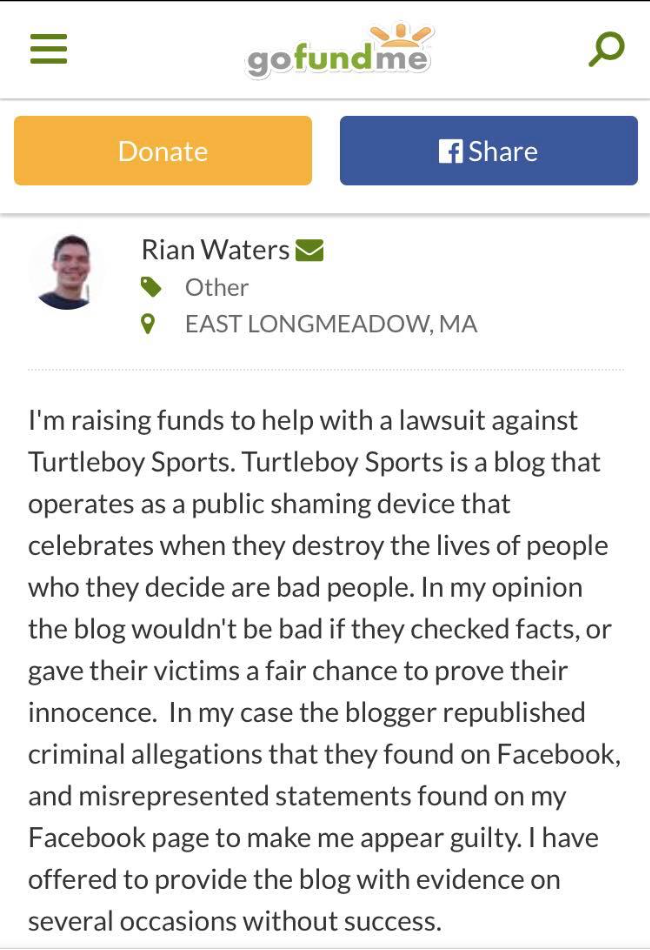 Speaking of Rian, that lawsuit is still going on and we are waiting to hear on our motion to dismiss. In the meantime Rian also took out a criminal complaint against me for harassment this week. Here it is in all its glory:


In order to get a harassment order you have to have documented evidence that the person harassing you has contacted you on three or more separate occasions. I only spoke with Rian via email last summer, but he says otherwise. His after David is glorious. That is one of the most amazing things I’ve ever read. So many strong points being made.

He was gonna start a new job that he “successfully interviewed for,” but after I used a metaphor on Turtleboy Live he found himself in way too much distress to work. As a result he had to move out of his residence, and has been diagnosed with “adjustment disorder.” Of course he believes this is all my fault, and actually says that I have personally been “identified” as one of the stressors. Identified by who? Not sure. But generally a doctor would be the person to do that, and the thought of a doctor diagnosing Aidan Kearney as the cause of a mental disorder is just…wow.

Then there’s the allegation of photoshopping him and Gaffney in bed together. I can’t even find that one right now but I like this one more: He also says it’s harassment that I published a factual blog on his arrests for beating the shit out of Samantha Cardin and murdering their dog in front of the child he pays no child support for. If you recall, there was plenty of evidence that he committed those crimes, since he was arrested and charged, but he got away with it because the victim was too scared to testify against him.

My personal favorite is how I’m now being blamed when I tell you people NOT to harass guys like Rian Waters. What else am I supposed to say? Does he want me to tell you to harass him? Help me out here Rian!

I’m officially named Uncle Turtleboy in an official court document, which is pretty awesome. And he falsely states under the penalties of perjury that I have psychiatric issues. 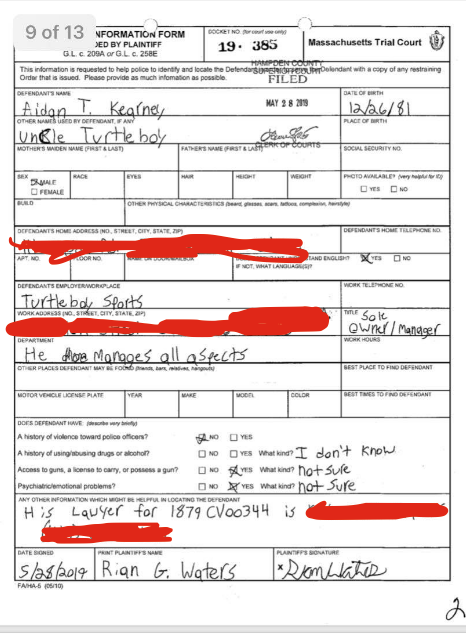 He’s saying that I’m guilty of witness intimidation for mentioning him in my book I Am Turtleboy, and said that I stared him down when I showed up to court for his hearing in January. As you can see he also says that I falsely accused him of committing crimes, such as punching Sam Cardin in the face, killing the dog, and smuggling drugs across an international border. Except that literally happened, and he got caught after running through the woods.

I’m not an attorney, but I’m pretty sure writing about someone isn’t harassment either. If it was then CNN would be guilty of witness intimidation against Donald Trump. He says that we are misleading because we say we’re journalism, but when Bristol wrote about him she didn’t use any of his comments (even though he evaded most of the questions she asked him). This guy really listens to every live show and reads every blog we publish so he can build his case. I guess when you don’t have to work you have time for stuff like that. He quoted when I had Dawson Boston on the show, who was the heroin dealer who pretended to be suicidal, and I in turn called his bluff and he never killed himself.

And some other stuff….. This has “he who shall not be named” written all over it. These are the exact same arguments a previous plaintiff who lost to me in court used. I wonder who’s helping Rian out with this one? Hmmmm….

Anyway, this is my life folks. I had no idea when I started writing opinions based off of facts on the Internet and hiring bloggers who publish entertaining content that I’d end up being sued by a million people, but here we are. Free speech isn’t free, but we’re going to continue to fight for it anyway while exposing scumbuckets like Rian Waters.