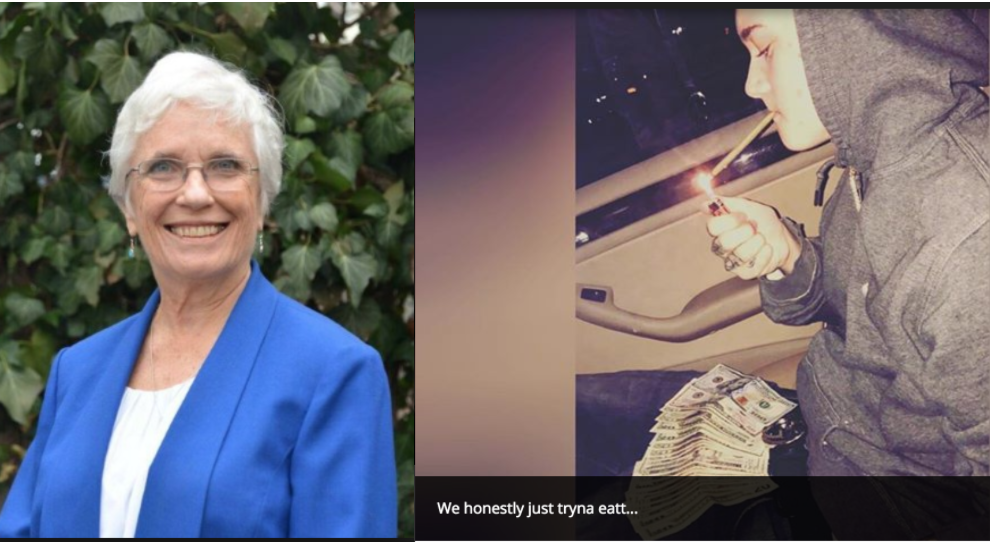 WCVB: Amid growing concern about schools turning to police to deal with students’ behavior challenges, a coalition of lawmakers and advocates are pushing to include reforms in the criminal justice reform bill winding its way through the legislative process on Beacon Hill.

“You should not be arresting an 11 year old for throwing his backpack or yelling at a teacher,” said state Sen. Patricia Jehlen, D-Somerville, a sponsor of the legislative measures.

Jehlen and others are backing three sections to the criminal justice bill they say would prevent police from charging students with crimes for what is essentially bad behavior. The sections would be part of a broad-based criminal justice reform bill that is being hammered out by a conference committee of legislators from the state House and Senate. One section would make sure school resource officers would be trained to keep students safe without making unnecessary arrests. Two other sections would try and stop students from being criminally charged for non-violent, behavioral problems.

5 Investigates’ obtained records showing that in Boston, 24 percent of student arrests in Boston Public Schools were for non-violent offenses. In Brockton, that figure was 43 percent. In Worcester, it was 45 percent, and for incidents as minor as a student refusing to give up a cell phone. Those numbers don’t include hundreds more students who are not arrested but still charged criminally. One of those cases: a 10-year-old charged in Brockton with making threats. Lawmakers hope these reforms help disrupt what they call the school to prison pipeline.

“Once you get arrested, the chances of dropping out of becoming involved in other bad behavior are much higher,” Jehlen said. This is pretty much the definition of fake news. WCVB specifically used the term, “non violent” offenses to make it seem like schools are having kids arrested for being late to class. Ya know what’s a non-violent offense? Calling in a bomb threat. Here’s a link from two days ago in Auburn about a student being arrested for posting threats to the school online:

A juvenile Auburn High School student has been arrested for posting a threat toward the school online, police say.

Here’s a link to a group of students being arrested at Worcester Tech because they were found with weapons in their car. This qualifies as a “non-violent” offense.

Or this kid in Worcester arrested for bringing a stun gun to school in November.

Here’s two examples that WCVB did in a previous “expo-zay,” that apparently are supposed to prove that we arrest too many kids in school:

Good. I’m glad they were arrested. School is a place of learning. If you tell the principal that you’re not going to get off your phone, and you start making a scene and swearing in the main officer, you get arrested. That’s disorderly conduct and you’re disrupting a school assembly. Just because you walked through a set of doors and into a high school does not exempt you from laws that everyone else has to follow. If you were at City Hall swearing up a storm, throwing books around, and refusing to leave because the clerk didn’t give you the answers that you wanted, you’d be arrested. Schools are not a sanctuary from law and order.

Everyone who actually works around kids knows how out of control they are. We need harsher penalties, not more lenient ones. Ask any teacher, particularly those in urban environments. They get away with everything because of gutless administrators who are too afraid to suspend kids because it looks bad on a chart. As a result kids are all walking around with a sense of entitlement and a belief that they can do whatever they want. You start making an example and arresting a few and the message gets sent – we’re not fucking around anymore. You can throw your own education away all you want, but you don’t have a right to disturb the learning process for others.

This woman knows about as much about what is actually happening in schools as she does how to use a Snapchat account. WCVB also spotlighted a kid named Gage, a lovely child who was caught up in the school to prison pipline:

He was in a Woburn middle school when he and a friend were asked to leave science class over a disruption.

The incident and a subsequent disruption outside school that day led to a six-day suspension for Gage. But when the criminal summons arrived in the mail, Svetly couldn’t believe it.

“I was shocked that we had to go into court over disturbing a public assembly. I actually had to Google it. I didn’t even know what it meant,” she said.

Gage Svetly also faced more charges after another outburst. Now, at 16, he’s thinking about dropping out.

“Every time in the halls, it’s like I’m in fear of being charged,” he said.

“It breaks my heart and it kills me to think that my son feels this way,” his mother said.

Oh yea, poor, poor Gage. He just stood up in his middle school class, yelled, “fuck science” and walked out. This is the kind of kid I want my elected officials going to bat for. Oh, and they casually toss in their how he had to go to court for “a subsequent disruption,” and the days later he faced more charges for “another outburst,” because Gage is more than likely a constant behavior problem and a world class asshole. This was him and his Mom on the news acting sad: Yup, that child is in middle school still.

Poor Gage wants to drop out of school now because he’s worried every time he’s in the halls. It’s not his fault though, it’s the school to prison pipeline. And his mother, who looks like every last call skag from a smokey 90’s dive bar ever, has obviously done a great job raising him. Which explains why he’s in middle school and covered in tattoos and bling.

Of course if WCVB had even done the most basic amount of research they could’ve found Gage’s Instagram, which shows how much he really wants to be in school learning: Newsflash Mom – your kid is a drug dealer. I know you’re too stupid to realize that because you’re too busy filling out Keno cards, trading in food stamps, and looking for a good deal on a carton of Parliaments. But kids this age don’t display that much money, new pairs of Jordan’s, gold watches, tattoos and blunts, unless they’re selling drugs. Your kid is already a world class piece of shit, and it’s 100% your fault. I just want you to know that. He will eventually end up in jail, and it’s got nothing to do with him getting arrested in middle school. He’s going to jail because you failed him as a parent, and now he’ll pursue a life of drug dealing instead of filling out college applications.

Yup, this is the kid of family I want my State Senator spending their time writing bills for.

This part shows how out of touch this Golden Girl (Senator Jehlen) is:

How do you know it’s the first  line of action? You talk to a lot of cops? The girl at Doherty who was arrested was given multiple chances. She went out of her way to make it clear that she was not going to do as she asked and would continue to disrupt a school assembly. That was the school’s first, second, and third line of action. No more chances after that.

Whenever you see the term “school to prison pipeline,” it’s a SJW dog whistle. People who use this term believe that society is at fault when young punks get arrested and become adult punks who go to jail. Hey, here’s an idea – just do what you’re supposed to do and you won’t get arrested. Seriously, who are we going to bat for here? Shitheads. That’s who. Junior savages raised by morons who never disciplined their children, don’t support their kid’s teachers, and aren’t involved in their kid’s education. This is who Patrica Jehlen and elected officials like her REALLY represent.