Earlier today we published this blog about photographer Meg Bitton’s Facebook page, for these rather inappropriate images she posted of 11 year old girls….

I really enjoy this art. pic.twitter.com/0bUqnbrj2v

Lots of girls this young find themselves in relatable situations like this. Especially with the rolled up 100 dollar bill tucked in her shorts. pic.twitter.com/xcrelJTLWG

This is not art. It’s an adult forcing children to pose in sexually provocative pictures that she is profiting off of and sharing on a public platform with 300,000 followers. If Meg Bitton was a man she would immediately be labeled as some sort of child molesting deviant. But because she claims to be an “artist” she gets away with it and Facebook allows her to keep images up like this. John Coltrane made art. This is disgusting, untalented garbage.

Of course she claimed that she was merely depicting kids going through normal stages of life, while being woke because they’re junior lezzies…. But let’s assume for a minute that she was actually trying to depict a normal 11 year old’s life. First of all, it’s still inappropriate. Eleven year old girls have often had their periods, but it doesn’t mean we have to see them figuring out how to use a tampon.

Secondly, da fuq part of a normal teenage childhood is this? 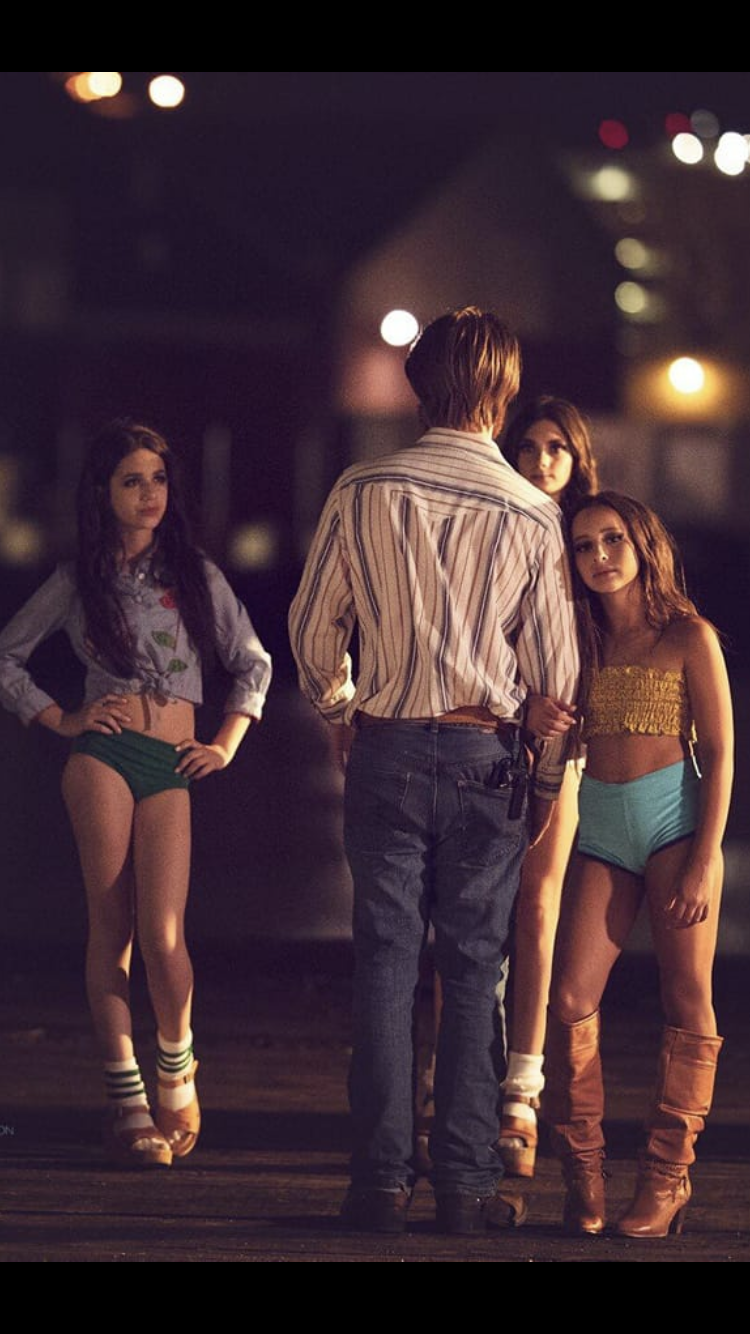 Because I must’ve skipped right by the part where 11 year olds walk the streets in stripper boots and booty shorts, grasping onto a clearly much older man with a walkie-talkie. It’s just so disingenuous. Of course kids are going through puberty at this age. Of course you should talk to them about it. But how the hell does that lead to you paying to have them photographed by this deviant and broadcasted all over the Internet? Your kid can make it through puberty without being exploited. It is possible believe it or not.

Tara Abramson also appears to be a kiddie photographer, but you don’t see anything like that on her website.

Oh, and Meg Bitton went viral a couple years ago from this post as well….