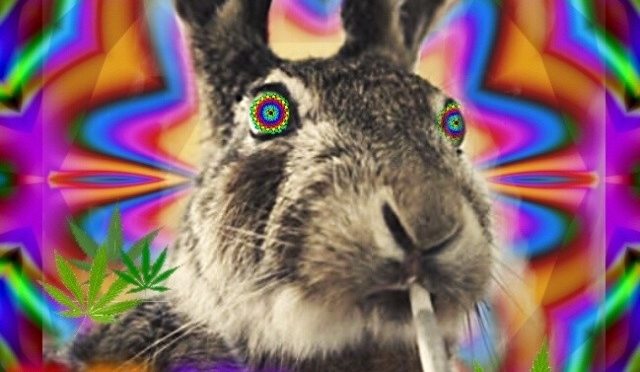 Urgent news for all my square friends out there: If your kids are saying 420 around you they know how square you are. They’re so sure you know nothing about pot that they’re talking about it right in front of you.

There’s a lot of myths and untruths about the origin of the term “420”. The most common fabrication is that it’s some sort of police code for weed. Other myths include:

None of these have any semblance of truth. Here’s the real story…

In 1971 a bunch of high school kids from San Rafael, CA used meet at a wall outside of their school so they called themselves the “Waldo’s”. The Waldo’s heard about a Coast Guard service member who was deployed and could no longer tend to a patch of marijuana plants he had grown. So the Waldo’s decided they were going to go find the plants and get stoned.

The Waldo’s decided that they would meet at a statue of Louis Pasteur after school at 4:20 before they went on their treasure hunt. They kept seeing each other in the hallway and would say “Louis 4:20” to remind themselves and all of us how stupid high school kids can be. When they finally went they got way too stoned on the way over and never found it on any of their subsequent trips. But they came out of it with a cool new code word: 420.

One of the Waldo’s older brothers was a band manager for the Grateful Dead and began using the word during some of this “sessions” with band members. Next thing you know the term was spreading like wildfire with deadheads and soon the magazine “High Times” started using it to gain publicity. In the 1990’s High Times bought the domain 420.com.

So all you stoners out there that are “celebrating”, you can thank a bunch of Baby Boomers called the Waldo’s for your lame attempt to hide your marijuana addiction from your family, coworkers, and square friends.

In honor of all of you here are the top 10 stoners in the world of sports and entertainment.

Any true South Park fan is familiar with this pot smoking one trick pony. He just gets high a lot and is generally a crappy and undependable towel.

A lot of celebrities smoke weed, but he’s the only one I’ve ever seen do it on live television.

8. Slater from Dazed and Confused.

Everyone on Dazed and Confused smoked weed, but Slater doesn’t do anything BUT smoke weed. He was generally bad news, and was considered the poster boy for the “wrong crowd” that jocks should stay away from. Luckily the MCAS system wasn’t in place when he was in high school because his theories about George Washington being in a cult with aliens, and Martha Washington growing pot because she’s a hip, hip lady, wouldn’t fly with the suits at the Department of Education.

7. Smokey from the Friday movies.

“It’s Friday. You ain’t got no job, and you ain’t got s*** to do.” He’s another one that shouldn’t be smoking weed. There’s a reason he never had a job in ANY of the Friday movies. Another example of the wrong crowd.

6. Tyrann Mathieu AKA The Honey Badger

The Heisman Trophy finalist claims to have failed 10 drug tests at LSU, which is very likely true since he was kicked out of school despite being one of the best players in the country at a school that could give a s*** less about athletes doing well in class. Didn’t affect his on the field performance at all though. Patriots should definitely draft him as my feelings on weed guys is well-documented. They have tremendous buy-low value. (see Aaron Hernandez)

This team was called the “Jail Blazers” for good reason. Most of these guys were stoners who kept getting in trouble with the law (ironically in a state that has the most liberal marijuana laws in the country)

After failing multiple drug tests and in the prime of his career, Williams just up and quit in order to dedicate his life to smoking weed. Literally chose weed over becoming the greatest running back in NFL history. Came back to the NFL when he was broke and found out that weed doesn’t grow on trees….oh wait, yea it does!!

I don’t know why Delonte West decided to tape himself stoned off of his rocker going through the drive through, but we’re all glad he did. After waiting 18 minutes for some chicken, him and his boy just start dropping “N-bombs” and free styling about apple pies, iced tea, hot sauce in my bag, and parfaits. The rest is 7 minutes of brilliance.

Spicoli was stoned since the 2nd grade, which of course inevitably led to confrontations with his uptight teacher “Mr. Hand”. Generally administrators should’ve been tipped off to how stoned he was from the moment he arrived at school:

Stoners can always dream though can’t they?

Could it be anyone else? Snoop has been stoned since the moment he came out of the womb. Somehow he’s managed to get worse than he was when he was making Gin and Juice. He’s gone straight Jamaican rastafari now, and of course in Jamaica the Lion is the ultimate animal, not the dog, thus the new name. Nothing beats Snoop’s reaction when he found out about the catholic priest sex abuse scandal……15 years after it was news!!

So for the record marijuana is an illegal drug that should not be used unless you live in a state where it’s medically prescribed and you have an actual prescription. Enjoy your day stoners.

So who did I miss? I know there’s a bunch. Feel free to leave a comment below to keep the conversation going.