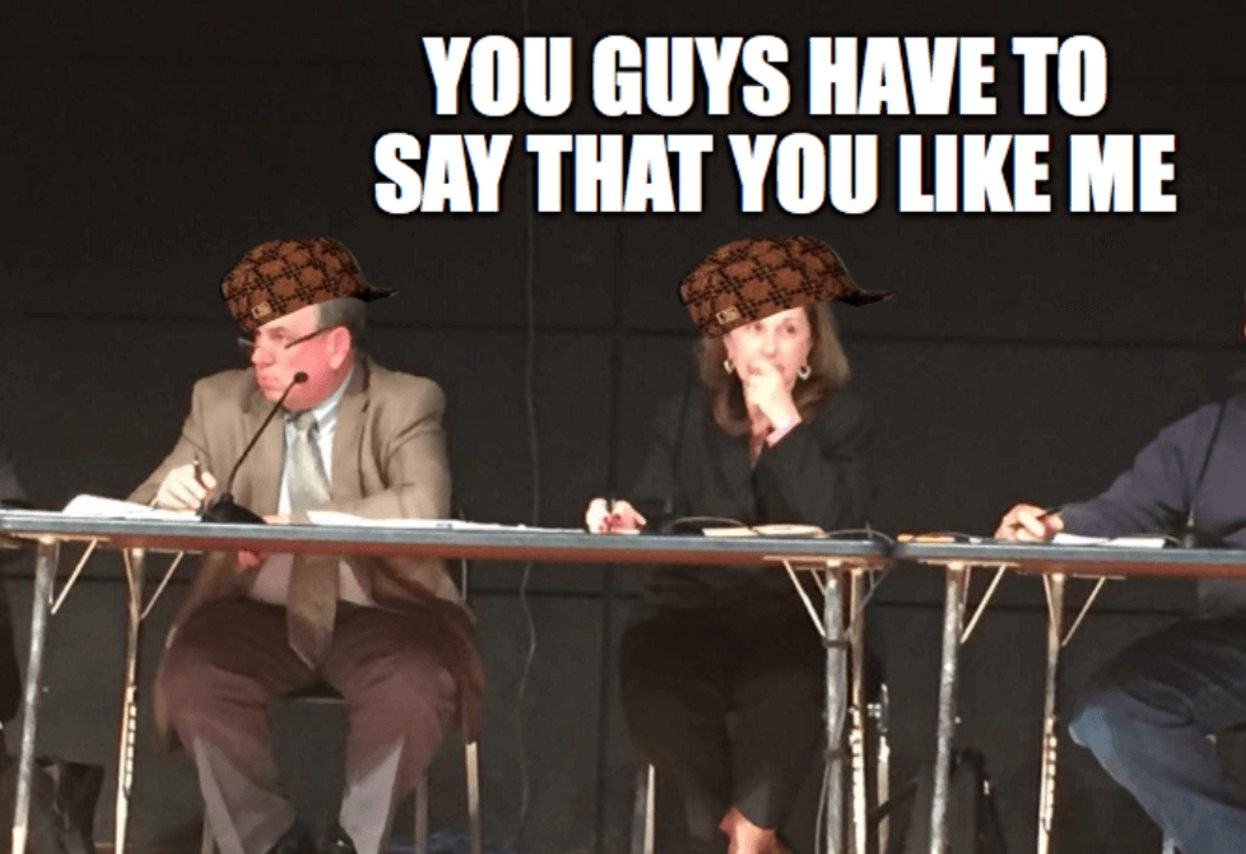 Just when you think the five-headed monster of Spencer-East Brookfield (Tracy Crowe, Kevin Hayes, Vinny Cloutier, Bob Cirba, Tracy Jordan) couldn’t possibly get any more ridiculous, they always seem to find a way to outdo themselves. Here’s the latest from the Turtlegram’s Kim Ring:

A new financial investigation is underway in the Spencer-East Brookfield Regional School District, this time prompted by allegations of unpaid bills. School Superintendent Nadine Tracy Crowe told the school committee at a meeting Tuesday night that she has ordered an investigation after vendors began inquiring about unpaid invoices.

“I was recently informed of these invoices and the lack of funds to pay for them,” she said.

From her statement, it appears the invoices came as the result of unauthorized fundraisers, though she was not specific as to which groups might be involved.

“These invoices were not authorized by my administration and it appears the fundraising was not approved by the school committee,” she said.

The committee regularly reviews and votes on whether to approve fundraisers for various school groups. Ms. Crowe said she could not comment further and would keep the committee updated on the investigation.

The teacher they are going after again, is a woman named Becky Bussiere. She was the sophomore class advisor at David Prouty, as well as the show choir director. She has been “under investigation” for nine months now, and since they don’t have anything on her, now they’re trying this. Since the show choir is not in the budget at Prouty Mrs. Bussiere must hold fundraisers so the kids can get costumes and stuff like that. Nevertheless, she made it work year after year. And last year as a result of her hard work and fundraising the students were invited to perform at the Statehouse: Well last year Mrs. Bussiere had the kids selling candy pretzels. To go ahead with a fundraiser she had to get the OK from the principal at the time, Dave Bachant, which she did. However, Dr. Crowe forced this well liked principal out of Prouty after he balked at going on her third grant-financed trip to China, and he took a VP job in Leominster instead.

Since then David Prouty brought in a new prinicpal, Eileen Belastock, who apparently fell off the face of the earth and no one knew where she went. Well Turtleboy found her in late February….in Disney World: She told a student on social media that she was “sick” So why didn’t anyone in the district tell parents about her “illness”? Well, according to School Committee hack Vincent Cloutier, three teachers assaulted her while others watched and did nothing. As a result she was so injured that she was put on leave. Unpaid leave of course. Which would obviously never happen in a little place I call “reality.” He actually wanted people to believe that he not only knew about this the whole time, but failed to report it to the police or tell any parents where their kid’s principal was.

Since then the new principal Dr. Tracy Jordan, who was fired last year by Melinda Boone after completely fucking up as principal of Jacob Hiatt Elementary School, has been put in charge of arbitrarily suspending teachers she’s never met. She started with Athletic Director Chuck Fahey, who she axed for 30 days and has forced him to apologize and pay back $2,700 he didn’t steal.

Anyway, Tracy Crowe was not the superintendent when Becky Bussiere received permission from Principal Bachant to run this fundraiser. So obviously she did not approve of this, nor is it her job to. Yet she feels free to waste hundreds of thousands of dollars more in taxpayer money to investigate and bully this hard working, dedicated, and loved teacher some more. Just because she is a miserable old skag and she can. Here’s the problem – the money that parents shelled over for all those crappy pretzels is gone. Here’s a copy of a check one of the parents sent us which clearly shows the check was deposited into Spencer Savings Bank into the student activities fund: The only people with access to that fund is Comptroller Gary Suter. So basically Mrs. Bussiere was fronted all of these boxes of pretzels by the pretzel company, and had to pay them back via the high school student activities fund after the pretzels were sold. She did her part and the kids did their part by selling them all. The money went into this account. Now the pretzel company wants their money and Tracy Crowe is telling them she doesn’t have it because she wanted to go spend hundreds of thousands of dollars investigating two teachers and go to China three times.

This is happening in real life people. A comptroller and a superintendent just basically stole money from a student fundraiser, and instead of owning up to their screw up, they are spending more money to investigate a teacher who did nothing wrong. Oh I’m sorry, teachers get paid. She was really a volunteer. She has no choice but to raise money for the kids because the adults in her district are cheapskate dooshnozzles like Bob Cirba who say, “I got mine” because they don’t wanna pay taxes. Before we get to the ridiculousness of this all, let’s point out how stupid and incompetent Kim Ring is. And I know she’s reading this right now, so I just want her to know how utterly useless she is as a “reporter.” The School Committee in SEB does NOT regularly review and take votes on fundraisers. As a matter of fact no district in the entire state does this. It’s not their job to. Nevertheless, they did recently institute this illegal and unethical rule, but it was not put in place until July of 2015. Here’s an email from Dave Bachant, the principal at that time:

This is an email sent from the new principal in September, Eileen Belastock: As you can see, the illegal policy about school committee approval was new. It was instituted in July and teachers were made aware of it. Mrs. Bussiere began her fundraiser in April of 2015, three months before this policy took effect. If Kim Ring were a real reporter she could’ve accessed this stuff the same way that we did. But Kim Ring is not a real reporter, which is why she works for the Turtlegram and Gazette. Real reporters do real research and have real sources who can give them stuff like this.

Oh yea, and the kids won’t be getting yearbooks this year either since the district hasn’t paid the yearbook company:

Hi!
I received word from Herff Jones that the 2016 yearbook deposit has not been paid. This invoice needs to be paid from the yearbook account and the 2016 Class Account   If it isn’t paid, the seniors will not receive their yearbooks on time to be given out on class day.  I have attached a copy of the invoice and a copy of the budget for the 2016 book according to the complete contract.  Also, I know there are new class advisors and they need to contact me if they wish to purchase any yearbooks for hardship cases.  We have ordered exactly the amount according to the senior deposits.  Dr. Jordan has all of the current yearbook information that I left it with her in December.   Monday, April 18, 2016 is the deadline for ordering any additional books.  Please feel free to contact me with any questions/concerns or problems with paying this invoice.
Belinda Thomasian
fthomasian@charter.net How long until this yearbook teacher becomes the next one “investigated” for trying to help children?

The next time someone tells you that teacher’s unions are outdated, please, laugh at them. Because they are morons who deserve to be openly mocked and ridiculed. It’s the only way they will learn. Luckily Becky Busierre does have MTA representation, and they’re looking to pick a fight that they will win: May 10 is the Spencer election for School Committee. If you care about children then it is your duty to vote for Jason Monette and Martha Berthiaume. If you hate children then vote for Kevin Hayes. But if you do decide to vote for Kevin Hayes, the man who reupped Crowe’s contract because she’s illegally paying him to do work on her Leicester home, then we will find out who you are and we will get a headstone for you in the Turtleboy graveyard too.