So last week the Congressional Black Caucus and several other prominent African-American groups began to endorse Hillary Clinton one after the other. Turtleboy just wanted to jump in to make a stand for my man Bernie Sanders. What an absolute screw job this guy is getting. Here’s what Civil Rights veteran and Georgia representative John Lewis had to say about Bernie: Hey John, Turtleboy found him for you: Look, there isn’t anyone in this country I respect more than John Lewis. Read his story, the guy is an American hero. The fact that he survived the Civil Rights movement after dropping out of college, being on the first of the freedom ride buses, participating in countless sit ins, and being the first person to cross that bridge in Selma, is nothing more than a miracle. I’ll always respect him for what he did 50 years ago. But that doesn’t mean I have to respect the fact that he’s a complete sellout today. And to see him up there endorsing the fakest, most manipulative person in politics today (Hillary), it makes me wanna puke. I mean just look at this face: Ya know what Hillary was doing in 1965 while Bernie was marching? Going to a rich, exclusively white private college in Wellesley, Massachusetts. Making connections in the white community that she’d use the rest of her life. Sure, Bernie happens to be from a state where you’re more likely to see Bigfoot than you are a black guy. But Hillary is from half the states in this country and her inner circle is basically as white as you get.

The worst part about all this support for Hillary from the black community (she’s winning in most polls of African-American voters) is that the main reason they’re support her is because they like her husband. That’s what pisses me off about this. Bill Clinton was likeable. I don’t give a shit if you didn’t like his politics. He’s funny, he’s relatable, and he’s cool under pressure.

Hillary is none of those things. She’s just the woman who married him and stayed with him despite all the infidelity so she could gain something out of it politically. I don’t agree with pretty much any of Bernie’s wacky plans for America. I think the majority of his supporters are morons who want free shit. But at the same time, how can you not root for this guy? He’s the little socialist engine that could. Literally EVERYTHING is stacked against him. The corrupt Congressional Black Caucus has turned their backs on him. Debbie Washerman-Schultz and the DNC have treated him like a joke. His entire campaign is basically one big GoFundMe. 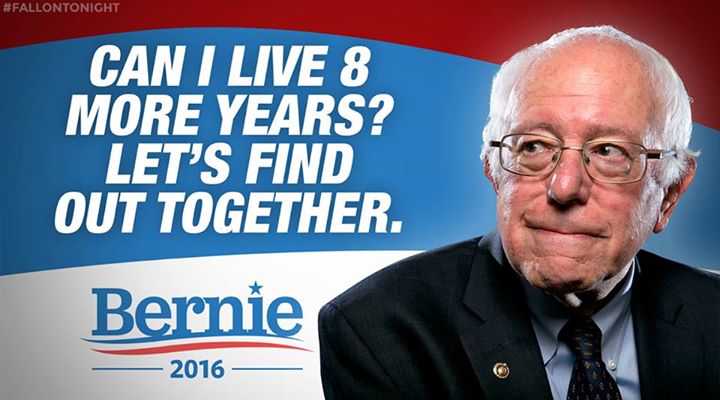 And yet here he is. Standing tall and going toe to toe with the most powerful, vengeful, connected politician in America. I can’t lie, it’s amazing that he’s still here and he’s still going strong. I can’t help but respect the shit out of him at this point.

The main reason Turtleboy enrolls as an independent is because I like to choose which party’s primary I’m gonna vote in. Eight years ago I voted in the democratic primary because Obama vs. Hillary was a million times more exciting than McCain vs. Romney. And this year I’ve decided that on Super Tuesday I’m voting in the democratic primary again and I’m voting for Bernie. Once again, this has NOTHING to do with Turtleboy being a Bernie supporter. It’s just a fuck you to the establishment, the sellout Congressional Black Caucus and Hillary Clinton. Because ultimately the whole purpose of Turtleboy is to give the middle finger to the establishment and business as usual.