This is Jodi Purdy from Weymouth. She fell hard for the viral Michael Cadena scam two years ago, and pretended to care about Michael Chesna and Vera Adams. She’s a real jack of all trades who runs her own “casting company,” and is a “freelance filmmaker” who finds actors to be in frozen pizza commercials.

I am a Freelance Filmmaker involved in casting both principal and extra roles in Hollywood Feature Films, TV Commercials, Music Videos and Indie Films in New England and New York. I am also a Unit Production Manager, Production Coordinator, Locations Scout and Locations Manager providing services on Indie Films and Hollywood Feature Films. My most recent credits include auditioning 100 actors for principal roles in a National Television Commercial of which 15 were selected. The product “American Flatbread Frozen Pizza” will feature local talent who will be seen across the Country!! She’s now “retired due to COVID” though, so her Hollywood days are over. A couple weeks ago she organized a chalk rally in town for black lives matter. Here’s some of the pretty pictures they drew on the sidewalk in front of town hall. A bunch of white kids showing their support for black people by drawing by writing, “fuck pigs” and drawing Trump in a noose. Classy.

This week Jodi was one of the trash bags crying about the cops using a thin blue line to honor police officers murdered by human scum in the line of duty. You’re not “disturbed.” You’re just an asshole looking for something to be offended by Jodi.

She was also pissed that grieving widow Cindy Chesna had the audacity to make a Facebook post defending police officers and reminding us all that not a single politician attempted any sort of “reform” after her husband was murdered. According to her she was “exploiting” her own tragedy. Nah, that’s not gross. This is gross. Kill it with fire!

She went on to blame the Weymouth Fire Department for supporting their neighbors in Hingham who were flying the thin blue line flag on a truck. Anyone who uses the acronym “BIPOC” is trying way too hard to be woke. You sound and look ridiculous, and everyone else is laughing at you. Your “BIPOC” neighbors (who don’t exist) don’t live with systemic racism because there’s no such things as systemic racism.

Then she went on to defend Manny Lopes, the murderer who killed Michael Chesna. Let me answer your stupid questions for you you vile cow.

1. Manny Lopes was “compelled” to commit such a heinous crime because he was a career criminal. He sold drugs and glamorized his hoodrat lifestyle. He didn’t wanna go back to jail so he threw a rock at Chesna and killed him. Chesna was compelled not to shoot him because maggots like Jodi would call him racist if he defended himself. And Lopes was brainwashed by the media into thinking that Trump and cops were the enemy. Don’t take my word for it, listen to his own video on IG that he made days before killing Chesna. 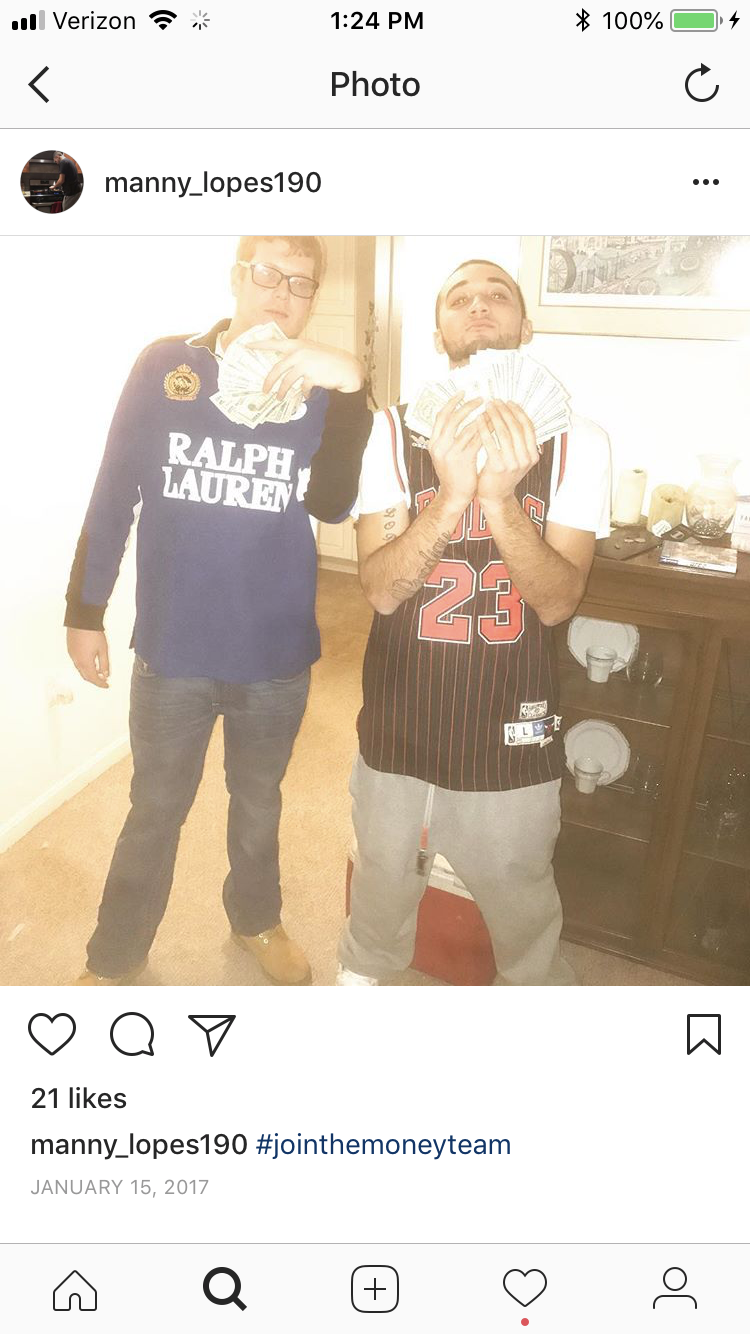 2. Why is it when white teenagers murder white teens in public schools; they aren’t held to the same standards of black teens?

Oh right, because when white teenagers shoot up the school they just get to walk free. That happens all the time, you fucking idiot.

3. Why are black on black deaths a black problem, but white on white deaths are not a white problem?

Because stupid, there’s no movement called “white lives matter” being shoved down our throats. Black on black crime is brought up to combat the myth that black people should be worried about being killed by police, because they’re much more likely to be killed by another black person. If society was blaming cops for killing white people we’d rightly bring up the fact that most white people are killed by another white person. Jodi, the only thing you’re oppressing is gravity. That flag was around long before “black lives matter” become a multi million dollar marketing catch phrase. Both images contain a thin blue line. You’re just making shit up as you go along because you are a fraud.

And according to Jodi the flag is now a symbol of hate because it’s been “abducted” by white supremacists, and she’s got a picture to prove it. I believe the word she’s looking for is “adopted,” but her inability to grasp the English language pails in comparison to just how God awful her short lived music career was.

For whatever reason the local media has legitimized this woman by writing about her “casting calls,” writing about how her roots go back to the Mayflower, and giving her a platform to talk about whatever bullshit environmental project she’s “working on.”

But don’t let any of that fool you. At the end of the day this is just a trashy cow teaching kids that it’s OK to call cops pigs, while pretending that she gives a shit about black people because that’s how you gain mainstream acceptance these days.