Just when you thought it couldn’t get worse for the Bruins Monica Cannon-Grant posted this on the Violence in Boston INC Facebook page today. According to her the Bruins asked her to record herself waving their flag outside of the statehouse in lieu of them honoring her as a “Social Justice Hero” at a Bruins game. This wouldn’t be surprising considering the Celtics honored her for the same thing in June.

It also wouldn’t be surprising because the Bruins might not know about what a flaming racist bigot MCG is. This is what happens when the Boston Globe, which has put MCG up as a civil rights hero and leader of black lives matter in Boston, doesn’t report on this insanely racist, violent, threatening video MCG posted calling black congressional candidate Rayla Campbell a “house n word,” accused her of “riding white penis” for a better credit score, and suggested that her white supporters should have their heads blown off.

These quotes will no doubt go down in history with “I have a dream.” Here’s some more of her greatest hits that the Bruins should probably watch before honoring her as a social justice hero and paying her to be their brand ambassador.

Keep in mind that 3 hours ago Bruins President Cam Neely issued an apology for his VP of Marketing Matt Chmura (without naming him) after Chmura allegedly photoshopped a Bruins logo off of Charlie Coyle’s shirt in an IG and Twitter post. They did this in spite of the fact that their players proudly were wearing Boston Police hats ALL THE TIME at press conferences prior to George Floyd being killed. 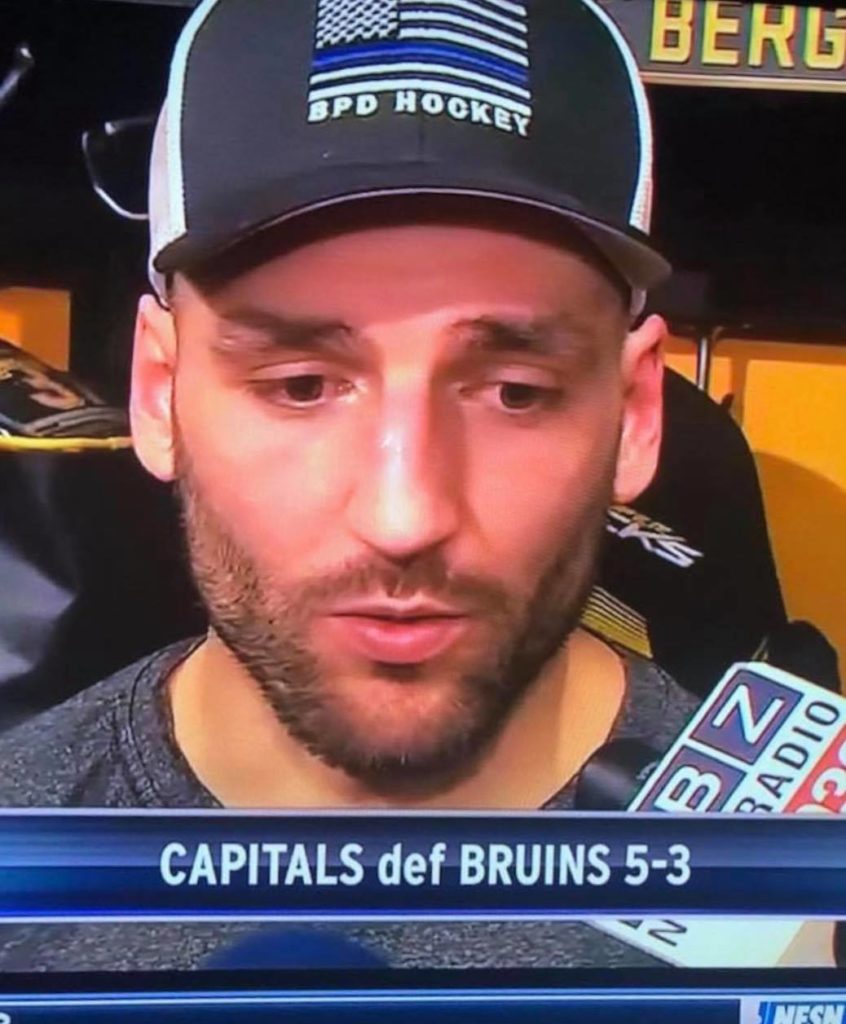 So the Bruins are ashamed to be associated with the Boston Police but proudly associate themselves with Monica Cannon-Grant, and the local newspaper hasn’t said a word about either story. This is the world we are living in.

I have to assume that Neely doesn’t know about Monica “can i get that” Grant. So let’s make sure he knows. Everyone who is concerned with the Bruins chosen association with this woman should email them respectfully at bruinsmedia@bostonbruins.com.