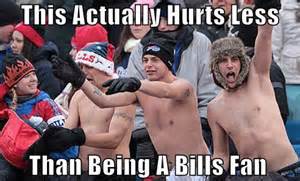 Sports Kings: The NFL made the right decision by moving the Buffalo Bills/New York Jets game to Detroit, and it will be played Monday night. Due to an absurd amount of snowfall in the Buffalo area, playing the game at Ralph Wilson Stadium wasn’t realistic, especially when talking about traveling issues.

The Bills have offered several refund options to season-ticket holders, and people who bought single-game tickets. There’s only one problem: the number listed on the Bills’ website is taking callers to a domestic violence hotline.

For those who had purchased tickets to only the Jets game, refunds will be provided.  According to the Buffalo News, however, the Bills have given the wrong phone number to call in order to obtain a refund.

“Information on the Bills Website instructs ticket holders to call 1-877-228-4357,” writes Tiffany Lankes of the Buffalo News.  “But that’s actually the phone number for a domestic violence crisis center in Ohio, which has been receiving a barrage of calls from Bills fans.” BUFFALO!!!! Everything about this whole debacle just wreaks of Buffalonianism. First they don’t have enough people who work at the stadium so they have to offer to pay people $10 an hour to shovel out Ralph Wilson stadium. Then they have to move the game to God damn Detroit, probably because it’s the only city in America that’s more depressing than Buffalo. Seriously, why didn’t they move it to Gillette? Imagine the possibilities of a Bills-Jets game in Foxboro on Monday night. I would literally go down, pull up a chair with a bag of popcorn and just watch Bills and Jets fans interact. Blogging gold!!

And then OF COURSE the phone number the Bills give out to season ticket holders is a God damn domestic violence crisis center in the middle of Ohio. Because, why wouldn’t it be? Of course it’s not the number for a movie theater or a car dealership. No, no, no. Not with the Bills. When the Bills give out a wrong phone number, it simply MUST be a domestic violence hotline. BUFFALO!!!

I still think it’s poppy-cock that they’re not playing the game in Buffalo.It’s like, you’re the Bills. Snow is what you do. You see this guy right here? That guy doesn’t give a fuck about the weather. He will literally wear that to Ralph Wilson stadium in five feet of snow. It’s supposed to be mid to high 40’s in Buffalo Saturday and Sunday, and 60 degrees on Monday. So why not just move the game to Monday night in Orchard Park? Can you imagine the possibilities in the tailgate lot? Drunken Buffalonians throwing wet Buffalo slushballs at asshole Jets fans? Instead we’re playing this thing on the turf in Detroit? Even after Turtleboy Sports offered to come up there and shovel all that white shit for you? I thought you were better than that Buffalo. Weak sauce.