And this self described generic ginger is in a bit of trouble:

A 28-year-old Brooklyn woman charged with “choking out” two victims during an altercation outside a Putnam bar rejected a plea offer by prosecutors on Wednesday and now faces more than 17 years in prison if convicted at trial. Kayly Burelle, with a last-known address of 155 S. Main St. Apt. D, said she will not accept an offer of five years, suspended after 18 months, and three years of probation – with the right to argue for less – to settle charges of first-degree strangulation, first-degree unlawful restraint and several other charges lodged against her after her October 2016 arrest.

Judge John Newson noted a judicial pre-trial earlier in the day between Burelle, her lawyer, Martin Weiss and Assistant State’s Attorney Roger Caridad did not result in an acceptable deal. Newson said if Burelle is convicted at trial she faces a maximum term of 17 ½ years of imprisonment and $35,000 in fines. After accepting Burelle’s decision to move forward, Newson put the case on a 24-hour trial notice list.

Putnam police on Aug. 27, 2016 responded to Day Kimball Hospital for a report of a victim suffering from a spiral fracture to her right leg, according to an arrest warrant affidavit. Witnesses told police an argument between several individuals escalated outside Charlie Bravos, on Grove Street. The victim, who admitted being part of the argument, said she was sitting on her car when someone came up behind her and began “choking her out,” according to court documents. After regaining consciousness, the victim said she realized her leg was injured.

During a police interview, Burelle said she put one person in a “rear-naked choke hold to prevent further drama or fighting,” the warrant states.

“Everyone started screaming and yelling and when I got up, I walked over to (another victim) and did the same,” Burelle said, according to police.

Police said Burelle, who is free on a $5,000 bond, denied having any formal martial arts training, but “informally learned” Jujitsu techniques from friends.

Oh man, what a gambler! Facing 17 years in prison for literally choking a bitch (actually two bitches), she gets offered 18 months and turns it down. Ballsy.

Must’ve been one hell of a chokejob though to face that kind of sentence. Here’s my question – how do you break a chick’s leg by choking her? I feel like missing something here. Either way, for her to face that kind of jail time means she probably did something horrific. She must be pretty confident in her defense team. Good thing she started a GoFundMe to pay for it: This broad is asking for $4,500! First of all, what kind of defense attorney is only gonna charge her $4,500 to beat a charge like this?

Secondly, she has two jobs and no kids. Of course her first job is a CNA. Because 99% of the ratchets we profile always end up being CNA’s, due to the fact that it’s on of the only jobs that lets you wear pajamas to work.

But her second job is far more lucrative. At least it should be….. 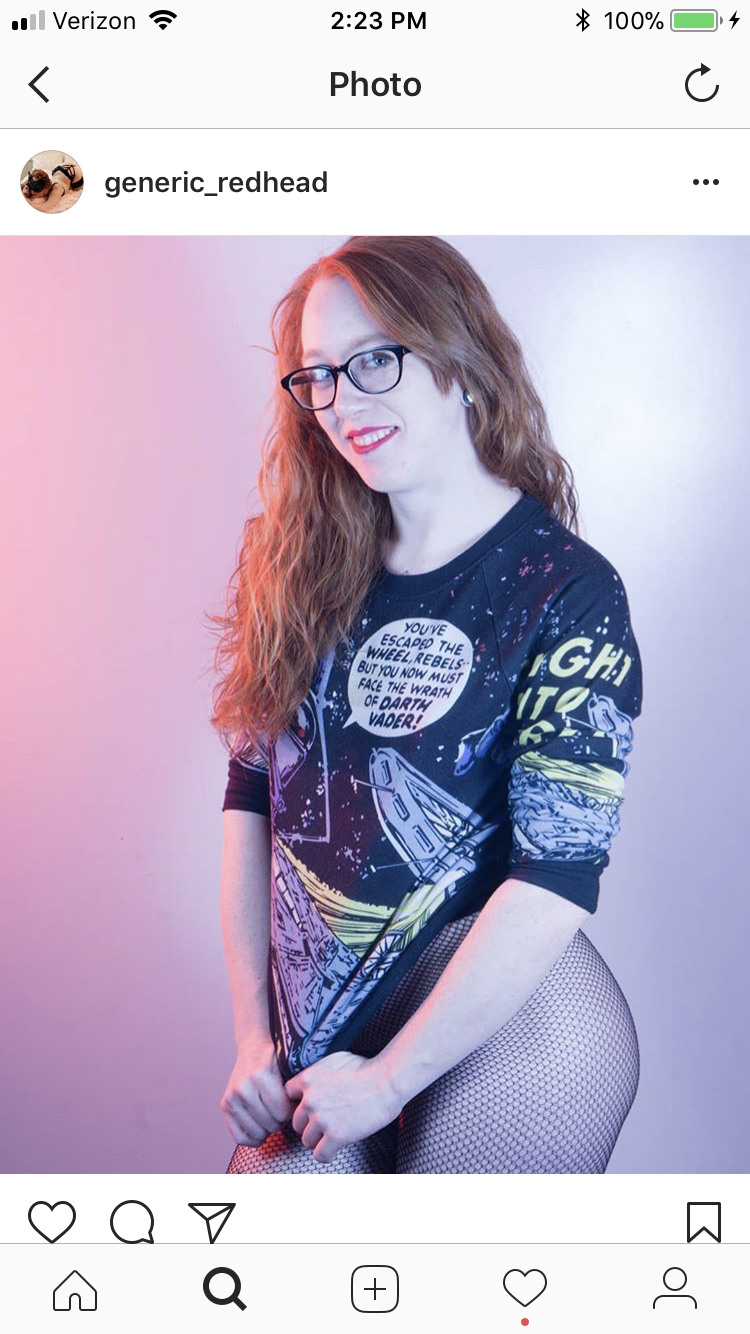 Holy butterface!! I’m so conflicted right now. This is the worst face to ass ratio I’ve ever seen. It’s gonna be hard for any guy to fap to that. Hard, but not impossible.

Of course the choke-slamming ginger wonder booty is an IG stripper and a distributor of cash noodz via Patreon. I’m sorry, but how do you have no kids, two jobs, one of which involves taking your clothes off for money, and you can’t afford an attorney? Newsflash – strippers are supposed to make good money. That’s the whole point of stripping. You’re trading away your dignity for cold, hard cash. Try getting a job at an actual strip club instead of begging for donations on Patreon. No one wants to pay for porn on a computer. But they’ll pay you $25 to grind on their porridge guns for a three minute Drake song.

Somehow she’s only raised $140 despite sharing the shit out of the on her IG: According to her Patreon she’s also looking into doing a shibari shoot…. Bottom line is Kayly should probably except the deal and do 18 months in lady’s jail. It won’t be so bad. She’ll make some new friends, scissor it up a little bit, she’ll be out, her booty will still be in tact, and she’ll still be under 30. It’s not like she has to worry about a CORI check or anything. She’s an IG stripper after all. You don’t even have to go to the Salter School for that, although many do anyway.