Three weeks ago a gang of rapist and murderers incarcerated at Souza-Baranowski maximum security prison in Shirley orchestrated a premeditated attack on corrections officers that nearly killed one, and sent three to the hospital.

This was a direct result of the 2018 “criminal justice reform” that prevents prisons from keeping violent and dangerous offenders in solitary because it’s “cruel.” Instead they’re forced back into gen pop where they can assault officers and create a dangerous and volatile situation for everyone. At no point was anyone who actually works in corrections asked for their input on what jails need, but that’s OK because a bunch of politicians who get their news from the Huffington Post know what’s best for them.

You’d think that the violent attack would be a wakeup call, but instead it’s caused douchebag State Senators like Jamie Eldridge to double down. We’ve written about this asshole more times than I can count. He’s easily the worst elected official in Massachusetts, and that’s no easy trophy to achieve. This is a guy who regularly advocates for criminals, pretends to care about minorities while living in one of the whitest towns in Massachusetts (Acton), voted against allocating money for bullet proof vests for cops after Auburn police officer Ron Tarentino was killed, voted to spend $18 million to give himself a raise, and holds ribbon cutting ceremonies at water fountains with plastic bottles. Here’s what he had to say after the attack. No idiot, your stupid plan was being implemented. That’s why all those violent offenders were in the same place at the same time. You did that. This is all your fault.

The media has been quick to write hit pieces on guards being mean to prisoners since this violent attack that nearly killed a man. Here’s an idea – don’t rape or murder anyone and you won’t have to worry about prison guards “mistreating” you. 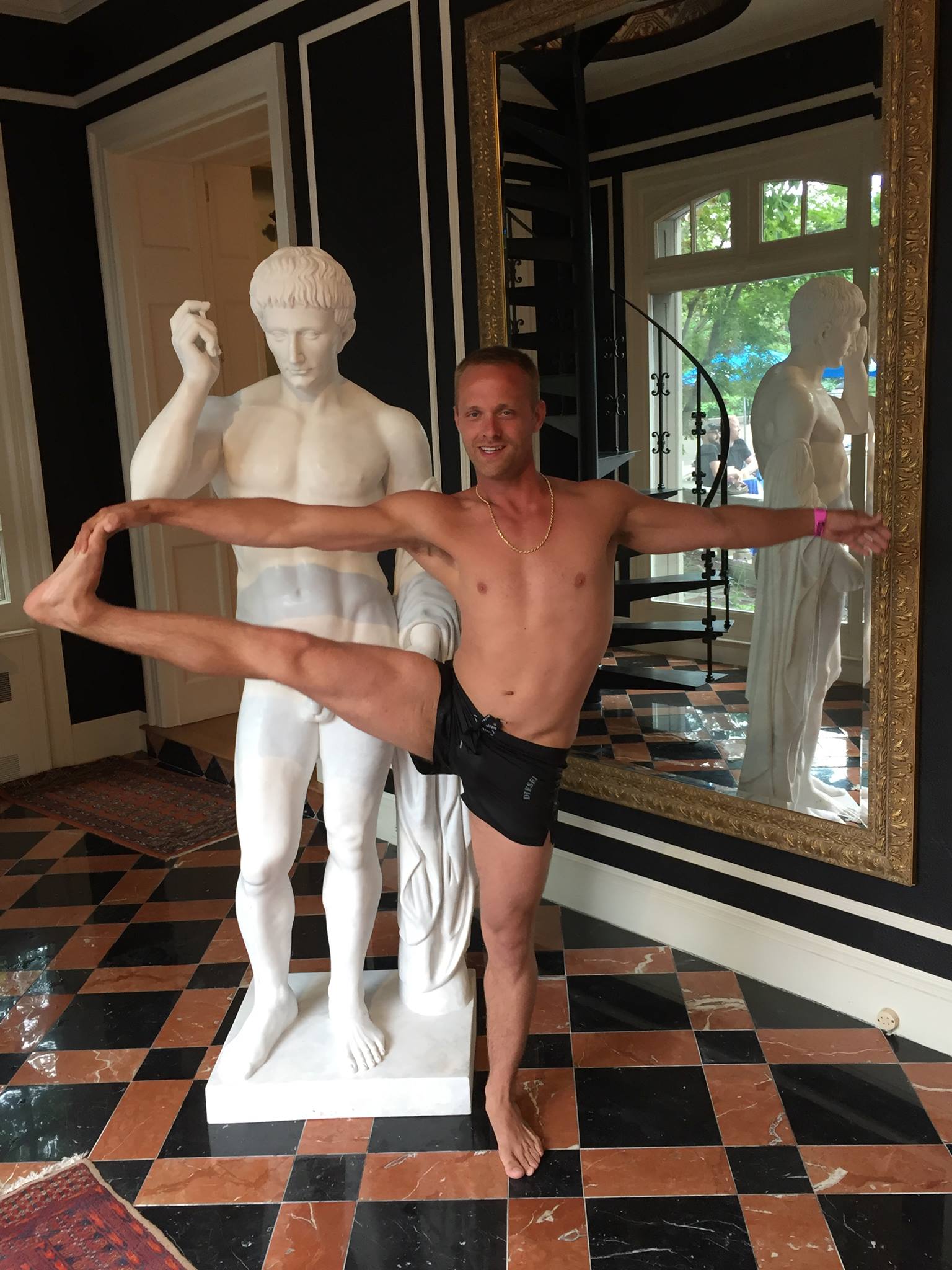 He was sentenced to six years in prison for violently beating a 59 year old man in Provincetown with a 10 pound dumbbell.

Michael Cox, 23, of Worcester, was sentenced to six years in prison on charges of assault and battery with a dangerous weapon, mayhem, armed assault to murder and attempted murder. Cox attacked the owner of Dorian Studios in his home above the store at 322 Commercial Street on May 28, 2007. Police and rescue workers responded and found the 59-year-old owner unconscious and bleeding from a head wound. Cox was also on the premises, in possession of a bloody dumbbell. Cox has a criminal record in Massachusetts that includes a 2004 assault and battery conviction, and 2005 convictions for possession of marijuana and crack cocaine.

Because of his extensive criminal history it qualified him to publish a letter in the Boston Globe in which he said that ALL corrections officers are either, a) sadistic, or b) have given up their humanity to “earn a buck.” The Boston Globe did not seek out or publish letters from former or current CO’s. Their opinions don’t count because prisoners are kicking the shit out of them. The Globe is much more concerned about the feelings of these violent offenders who are serving out sentences for for rape and murder.

Of course Michael Cox is also good buddies with Jamie Eldridge and did a podcast with him two days before the attack. Complaining about being gay in jail is the most insane, illogical thing I’ve ever heard. You’re locked in a place with dudes. Heterosexuals are deprived of poon-tang. Either way, I could give a shit less if he had a bad time in jail. Perhaps he should’ve thought of that before nearly beating a gay man to death with a 10 pound dumbbell.

On Sunday Jamie Eldridge went with his coworkers, State Senator Pat Jehlen and State Reps Mary Keefe and Mike Connolly to meet with prisoners, not guards, at Souza-Baranowski. Because….who gives a shit if CO’s are getting beaten like hot cakes? Better hear from the prisoners who attacked them first.

Senator Jehlen has a long and documented history of being anti-law enforcement. Two years ago we blogged about her after she proposed a law banning resource officers in public schools because a drug dealing Woburn High School 9th grader yelled “fuck science” and threw something at his teacher got arrested. Mike Connolly is the Cambridge State Rep who proposed a law that makes it so that prisoners can have an unlimited amount of visitors.

Because….what the fuck does the DOC know about running its own facilities? Connolly is of course a Bernie bro. I’ve said it before and I’ll say it again – Bernie attracts the worst the left has to offer. Socialists and communists who prioritize prisoners and pedophiles over taxpaying, law abiding citizens. It’s not surprising that this asshole supports Bernie, since Bernie literally wants to let the Boston Marathon bomber vote.

Eldridge also wants prisoners to vote, because as he told one of his supporters – all these prisoners live in his district. This is a large potential voting block for him. Rapists and murderers.

Mary Keefe is a radical SJW from Worcester who listened to a bunch of rapists and murderers who told her one-sided stories about how mean guards have been to them since they tried to kill them. Eldridge is now straight up lying and claiming that the attack on prison guards had nothing to do with his criminal justice reform law. Even though those men could not have attacked the guards if they were in solitary confinement.

Some may say ridiculous things like, “how do people like this get elected?”, and “we need to vote these assholes out.”

When you say stuff like that it shows just how little you know about the place you choose to live in. This is a state filled with assholes. People like Jamie Eldridge get elected because they represent and appeal to a large majority of the people who think like them. People like Shirley Woods Cosenze. “The union is using the reform act of 2018 as an excuse for recent violence.”

This is who the new democratic party stands for – prisoners over unionized workers. The squad is in charge now. The days of Barrack Obama and Bill Clinton are long gone. Conservatives will be begging for them to come back if Bernie wins in 2020, and you’ll realize that it really wasn’t that bad under those guys.

Just look at all the comments from these idiots supporting Eldridge, who all live in overwhelmingly white communities with little to no crime. Yes, thats right – there is a rally in Roxbury for prisoners on THursday. I’m sure some quality individuals will be in attendance that night.