Fotis Dulos, His Scumbag Attorney And Grizzled Girlfriend Were Arrested For Jennifer Dulos’ Murder, Murder Weapon Was Bought And Sold By A Crack Dealer Named Fudge In Craziest Story Ever Back in June we wrote about some skag using her crotch fruit to try to profit off of the disappearance of missing New Caanan, CT woman Jennifer Dulos, by creating a GoFundMe to help find the killer. It took the cops 7 more months, but they ended up finding them yesterday without the help of a GoFundMe, as her ex-husband Fotis Dulos, his girlfriend Michelle Troconis, and his scumbag attorney Kent Mawhinney were arrested. Fotis is charged with murder, while the other two are charged with conspiracy to commit murder. As you can see, the lawyer looks exactly how you imagined he would look. A balding Saul Goodman who you’d look to hire if you wanted to launder money without the IRS finding out about it.

I’m shocked it took this long, but it looks like they were building a case to get the other two on conspiracy charges. They had video of Fotis and Troconis in the hood of Hartford on the day she disappeared dropping bloody clothing with Jennifer’s DNA on it into various dumpsters all over Albany Ave. Granted, I don’t know what the hell I’m talking about, but it just seemed like this was a shitload of evidence that I assumed could be used to arrest and charge Fotis with murder. As terrible as a murder is, I couldn’t stop laughing when I found out what happened to the murder weapon in Hartford.

Yes, that’s right. A homeless guy found the knife while dumpster diving, sold it for $5 work of crack cocaine to a guy name “Fudge,” the friendly neighborhood crack dealer. Fudge then got hungry so he sold the knife for twice the price that he bought it from for food, to a man who he can’t identify. So the murder weapon is probably gone forever unless the cops can find the random guy who bought a knife off of fudge for $10. Free muh boi Fudge.

According to the arrest warrant Fotis had been planning this for months, and did it for two main reasons:

On the morning of the murder he drove from his home in Farmington (near Hartford) before 5 AM, to her house an hour away in New Canaan, CT (near NYC) in a company vehicle that an employee of his normally used. This is where he lives. Since he wasn’t allowed in her house and didn’t want the car to be seen near there he parked it in a different place, then busted out his bike, rode to her house, snuck around the back, and lay in wait for her in the garage after she dropped the crotch fruits off at school. The deed was done, he cleaned the shit out of the place, and he drove HER CAR back to where he had parked the company vehicle registered to his employee, transferred the body, and then drove back to Farmington. He left her car there, which was found by New Canaan Police later on. It didn’t contain any blood, so she probably wasn’t dead yet, which makes this all the more terrifying.

Troconis lied to the cops a million times, and initially provided an alibi for Fotis by claiming he was at her house while the murder was happening. The two of them had a written alibi that they rehearsed and Fotis had told her in the past that he wished Jennifer would disappear.

Troconis and Mawhinney were at Fotis’ house (where he conducted business) with his cell phone when it rang, she answered it, a Greek woman on the other end said something in Greek, and Jennifer said something in Spanish. This would give Fotis an alibi for being there, and would tie both of the other two to the conspiracy.

Fotis also asked Jennifer to bring cleaning supplies to his place that day. Since they haven’t found her body, I’m guessing he chopped her up in his house and wanted to scrub the shit out of the place. It should be noted that Fotis has a kidnapping charge because Jennifer was believed to have been bound, which would indicate that she was possibly still alive while he was driving her around, as there is no reason to zip tie a dead person. It should also be noted that Fotis builds homes for a living, so there’s a real possibility Jennifer is buried in a concrete foundation somewhere.

The case may have been cracked by the employee whose car was used by Fotis to drive to New Canaan on the day of the murder. Jennifer’s DNA was probably all over the seats so he paid the guy to have the seats switched out and gave him a bullshit reason why. The guy did as he was told, but since he was suspicious he held onto the old seats, which the police later got from him and contained her DNA.

Jennifer’s nanny also helped crack the case. She noticed that 10 rolls of paper towels were gone when she came back to Jennifer’s place after the murder. In the days afterwards Fotis was up her ass about seeing the kids and demanded that he text her every three hours with updates. He never once asked about Jennifer, who was missing.

Then there’s the scumbag attorney Mawhinney. He was arrested earlier in the year for beating his wife, who said she feared for her life. Here’s where it gets crazy.

Mawhinney was previously a member of a hunting club in East Granby, CT. He had inquired about rejoining the club, which only had 5 members, in March, and was told where the key was to enter.

Six days before the murder two members of the club went hunting and found a grave dug, with tarps and lime inside of it, covered by grill gates and sticks to disguise it.

Then two days before the murder they went back to the hole to find that the lime and tarp were gone.

Mawhinney never ended up joining the club, and in August when the hunters realized that Mawhinney was tied to Fotis they contacted the cops who went back to where the hole was. The grave had been filled in, they unearthed it, found no body, but did find sticks and other things initially used to disguise it. Either Mawhinney was planning on killing his own wife and dumping her there, OR he had been conspiring with Fotis for months to kill Jennifer, and then changed his mind about burying her in East Granby once he realized that his grave was discovered. I can’t imagine what his motive would be to involve himself in a conspiracy to murder, which makes it seem to me, and this is just my opinion, that Fotis and his scumbag attorney both planned on killing their wives but he chickened out.

Fotis seems like a complete lunatic piece of shit who was obsessed with water skiing randomly. He also forced his kids to dedicate their lives to it, which was a big reason they got divorced in the first place. His Facebook page is still up, and shows him going to water skiing competitions all over the place, with his kids in many of the pictures. Not once is Jennifer in a single picture going back years. 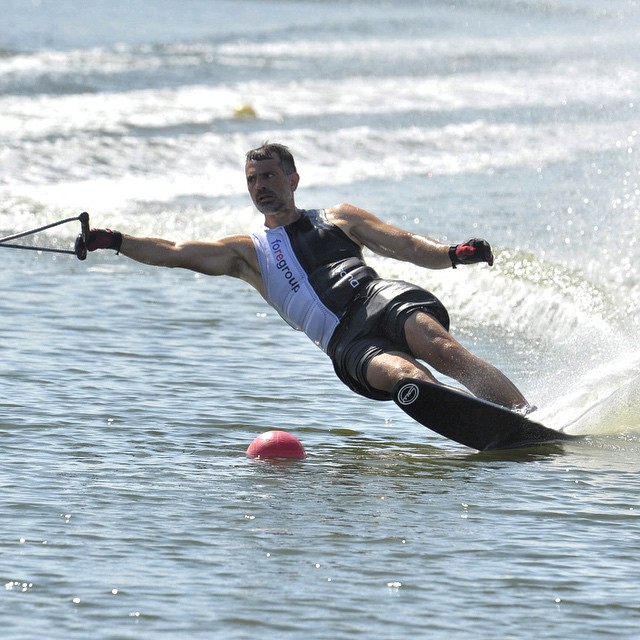 This Lifetime movie is going to be insane.