Earlier this month the outrage patrol was up in arms over a Rutland cop taking a selfie outside of O’Connor’s Restaurant days after a woman was murdered there. He was rightfully not disciplined because he did nothing wrong, but the last thing RPD probably wants right now is to be in the news. Unfortunately this happened over the weekend. 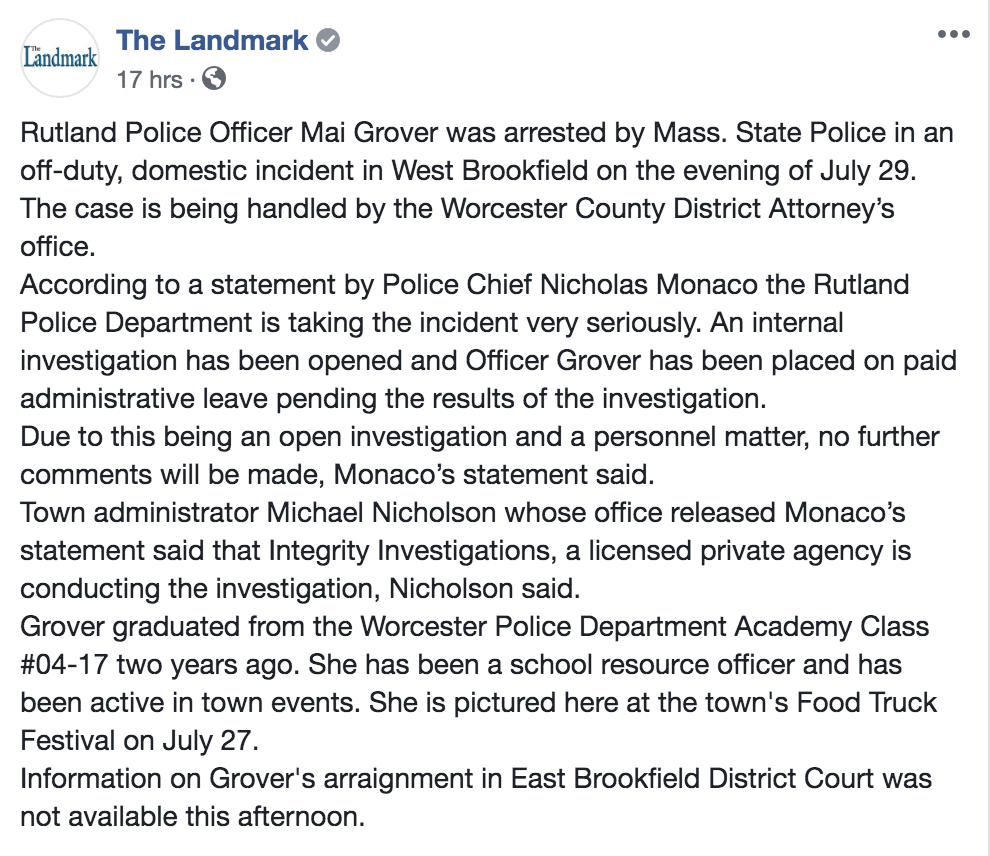 Officer Mai Grover was arrested at her West Brookfield home for committing domestic violence against her ex-husband. I hate to do it, but I gotta go free muh boi on this one. The fact of the matter is that the state police are required to arrest someone at any domestic call. If they didn’t and someone ended up dead after they left there would be TON of paperwork, and nobody wants that. The MSP identifies who they believe to be the aggressor and arrest them. Normally the “victim” doesn’t testify and everything gets dropped.

Plus, I’ve never seen so much legitimate free muh boi support in the comments. 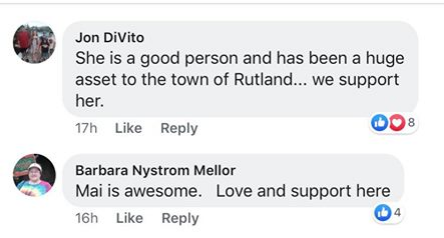 Notice the lack of sentagraphs and 100 emojis. These aren’t hoodboogers tryna free their boi for his 48th drug arrest. It’s parents and townsfolk rushing to defend the honor of a police officer who clearly has been a staple in the community. The RPD prominently displays her work in the community on their Facebook page, along with highlighting charity work she’s done. Sorry, I just have a hard time believing this was anything but two people who can’t stand each other getting in a pissing match that ended with shouting and a call to the cops.

If she loses her job it’s bullshit, especially considering that this is a town where a member of the board of selectmen was arrested in Worcester for trying to bag a drugged up Main South hooker, and never had to resign.

Rutland Selectmen Wayne A Walker, who was arrested during a vice squad sting last month in Worcester, said he has decided to remain on the board of selectmen pic.twitter.com/ENcZXDuIpo

This guy, who of course is name WAYNE, gets to say that his public records arrest was a “private incident,” and keep his job, but this woman might lose her’s? He’s also a member of a board that hires the town administrator, who is now conducting the investigation against the cop, so technically Wayne’s in on it too. Sorry, that’s bullshit. Free muh boi.