Miriam Weeks said that making adult movies – she has starred in around 30 films so far -left her feeling empowered.

She said: ‘For centuries, sex workers have been the untouchables of society. I’m sick of it, I’m taking a stand against it.’

The 18-year-old, whose real name is Miriam Weeks, has caused nationwide uproar and family heartache, was raised a devout Catholic in a loving home in Spokane, Washington.

When asked by Barbara Walters why she could not work at something else to help pay her way through college, she replied: ‘I’m an 18-year-old without a college degree. Any other job would not have footed the bill.’

She said: ‘I have received numerous death threats, people threatened to throw garbage on me. There are petitions online to have me expelled from Duke. It’s been a hostile, unsafe, unwelcoming  environment.’ 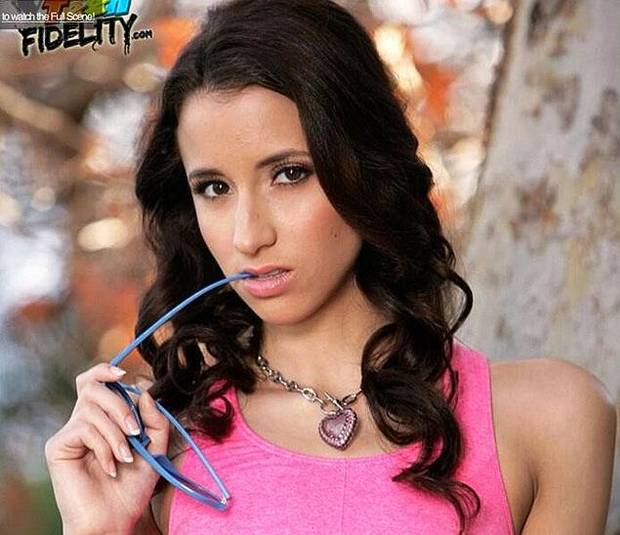 As you are aware, TurtleBoy Sports is a family blog, so we’ve done our best to avoid this one because of the adult topics involved. But we just can’t resist anymore.

The ultimate irony of this all, is that back in my day you had to pay $7 to get a hold of Jenny McCarthy’s Playboy magazine. Now she’s lecturing 18 year olds about the dangers of the biz.

Women’s “empowerment” used to actually mean something. It meant women were trying to vote, be heard, and in general, be taken seriously. Now it apparently means getting deflowered for money on camera.

Here’s her bio from the highly respected website, “facialabuse.com”

Because nothing says “women’s empowerment” like the misery in a woman’s eyes during facial abuse.

Look, I’m not going to judge this girl and her career choice. Just don’t try to feed us a sack of liberal nonsense to go along with it. Everything she said on The View sounds like it was written by Gloria Allred. Afterwards she had this to say about Sherri Shepard, who said that it “broke her heart” to see her making these decisions:

“[That comment was] incredibly condescending and completely ignored my sexual autonomy,”

Ya see that right there? That’s the dead giveaway that this is all being scripted by some feminist lawyer. Sexual autonomy? Yea, 18 year olds don’t say that. They just don’t. Her comment was indeed condescending. And why shouldn’t it be? She makes way more money than you do without having to star in “facial abuse” movies. But yea, tell me more about how she should respect you and talk to you as an equal. 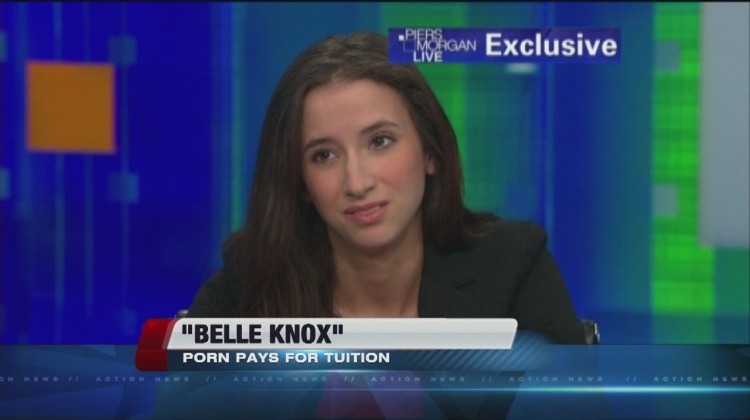 I don’t hate this girl, or look down on her in any way. Do whatever you want, it’s your life. Just don’t feed me a bucket of cow shit and tell me it’s 2% milk. Believe it or not Duke is not the only school in the country. If it costs $60,000 and you can’t afford that, then you don’t have to go there. There’s a thing called “State schools.” Duke graduates usually end up calling them “sir” after graduation.

I also love how she’s “unsure” whether or not she will continue her porno career after graduation. Because she’s only doing it to put herself through college right? So basically she’s gonna end up with a college degree she doesn’t need, because no employer that doesn’t have the words “facial abuse” in their name, would ever consider hiring her. And of course employers would never think to just google her. I’m sure the first thing that comes up will be her GPA. Yea Belle-Belle, you could’ve been doing this on your own and pocketing the cash. Instead you’re just giving it to Duke so they can buy their basketball team another jet. Nice going.

Turns out she had a full scholarship offer from Vanderbilt:

“I was offered scholarships at a lot of places. I was offered full tuition at Vanderbilt, for example, and was accepted into USC, Wellesley, Barnard, Pepperdine, some others. But I visited Duke last year on Blue Devil Days [Duke’s programmed weekend for admitted freshmen], and I remember walking into the Duke Chapel — I’m a very spiritual person — and just feeling an energy that told me, “This is the place you need to be.”

So let me get this straight – she had a full scholarship offer to a school where she wouldn’t need to star in “facial abuse,” but she turned it down because she’s a spiritual person and a felling of energy told her to go to Duke? How about you tell that spirit of energy to f*** itself? Because that’s a $240,000 spirit of energy. See, this girl isn’t bad because she’s a porn star. She’s bad because idiots like her whine about being in debt from student loans, which they CHOSE to accumulate. This is how Elizabeth Warren gets elected people. I have ZERO sympathy for indebted college graduates. None whatsoever. America is a land of choices. You made a very stupid one by going to a college you can’t afford. You can screw your way through college to finance it if you please, just don’t try to sell us the lie that this was your only option. 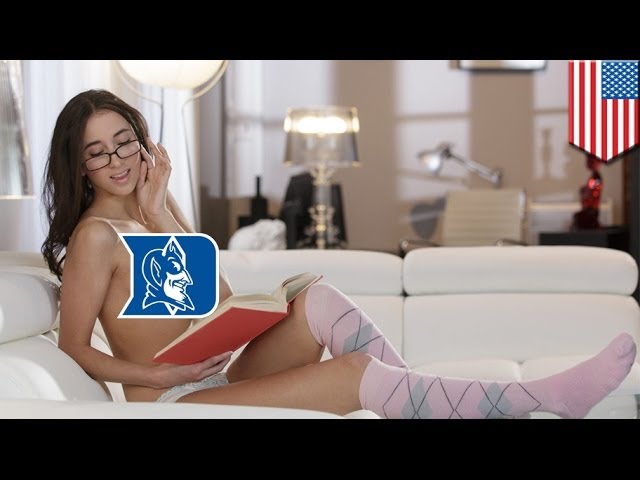 Ya got that? It’s Duke’s fault. If they didn’t have a price she couldn’t afford, then she wouldn’t have had to pursue this career – one which she thoroughly enjoys and doesn’t wanna give up after college. It’s all Duke’s fault for laying the financial burden known as a “price tag” on her. And remember, she had no other choices.

You can see how badly this girl is being manipulated when she was asked later in the interview if she was worried that this might hurt her career pursuit after college:

“I would never want to work for a company that discriminates against sex workers, that is sex-negative, or that shames women and disrespects them.”

This poor, poor girl. She can use all the big words she wants, but no comment better illustrates her age than this one. Hun, I know you’re 18 and you think the world is a fair place where companies look at your capabilities and potential only. But the reality is that it’s not. Respectable employers don’t wanna hire someone to represent their company that can be viewed getting steamrolled with the click of a mouse. Because in the real world companies care about their image, and have clients to please. 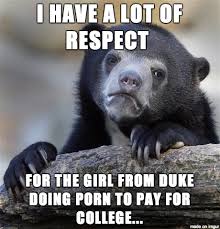 All of the feministos that are telling you that you’re empowering yourself are lying to you for their own benefit. They really could give a shit less about you. They don’t care that one day you might regret this, and by then it will be too late to take the hundreds of videos you’ve made off the internet.