After some long thought I finally figured out what the Celtics should do with their sixth overall pick. Well, obviously the first choice is to trade it for Kevin Love. Whatever happened to that? Is that just done now? Who starts these rumors and then why do they suddenly just let them die? Come one, you’re competing with the Preakness Stakes for big stories right now. Love needs to be on the Celtics. I’d trade five years worth of fifth round picks for him. Chances are none of them will ever be as good as him, so what’s the point? You need stars to win in this league. That’s why this league sucks.

But if we do end up keeping the pick, I NEED Donte Exum in my life. Been reading about and watching a lot of him lately. This is the kind of player you can build around. He’s a clone of Steph Curry (also a top 10 player in the league). His Dad was an NBA player who moved to Australia after he got cut and ended up liking it so much that he raised a family there. Hard to think this guy is an Australian. I just can’t stop looking at people who speak with an Australian accent. They are marvelous.

I know he’s probably only 17 in that interview, but man, he sounds like an Australian dumbass. Place was founded by criminals. Don’t need a college degree to kill wallabies.

He can shoot the lights out, he’s 6’6″ with phenomenal wing span, he can play either guard position in a league where you it seems like winning teams always have players of his ilk. Like I said, I’d take Love any day of the week over any of these chumps. But I’m telling you right now the best three in this class will be, 1) Jabari Parker, 2) Donte Exum, 3) Julius Randle. Parker and Exum just look like they’re built to last in the NBA. Pure gut instinct guarantee. Randle reminds me of one of those power forwards who comes into the league as an out of control dooshnozzle, and matures into a wise old power forward. It’s the Zach Randolph evolution.

I don’t trust Joel Embiid simply because I’ve seen his kind before. These can’t miss 7 footers. He’ll be the first to get injured and by far the biggest bust of the draft.

I can see Marcus Smart and/or Randle being a bust. I just don’t see Andrew Wiggins going anywhere. He’s too raw. One of those Jeff Green types. Gigantic performance one game, suckbag city the next. Marcus Smart I think will be a good NBA player, and he’ll have a solid but not spectacular career. 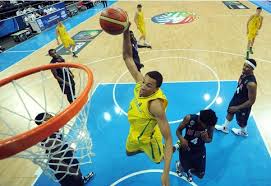 Exum’s gonna be a stud. Don’t forget that you heard it here first on Turtleboy Sports.