Unless you deleted your Facebook in the last 24 hours then you’ve probably seen all the ice bucket challenges that everyone’s been doing. It all started with this video from Julian Edelman:

As you can see it’s for a good cause. If Brady, Gronk, and Edeleman accept the challenge they owe a buck. If they don’t, they owe $100. That’s SUPPOSED to be how it works.

Well, I’ve got a newsflash for everyone doing this ice bucket challenge. You can all go home now because local Worcester legend and NFL guru James Latino just won the whole shebang. Julian Edelman might think he’s raising awareness for ALS by dumping ice on his head, but his pansy ass actually chopped up the ice first. Think JL’s doing that? LOL yea right:

James Latino is a bad ass American man. I’ve seen a lot of people take this ice bucket challenge, but to my knowledge he is the only one out there who used a 20 pound block of ice. A grand total of ZERO fucks given on this day by JL.

Now I love me some Julian Edelman on the field. But off the field he’s pretty much the biggest scumbag on earth. Like you’re lying to yourself if you’d feel at all comfortable with this man hanging out with your girlfriend or your sister: 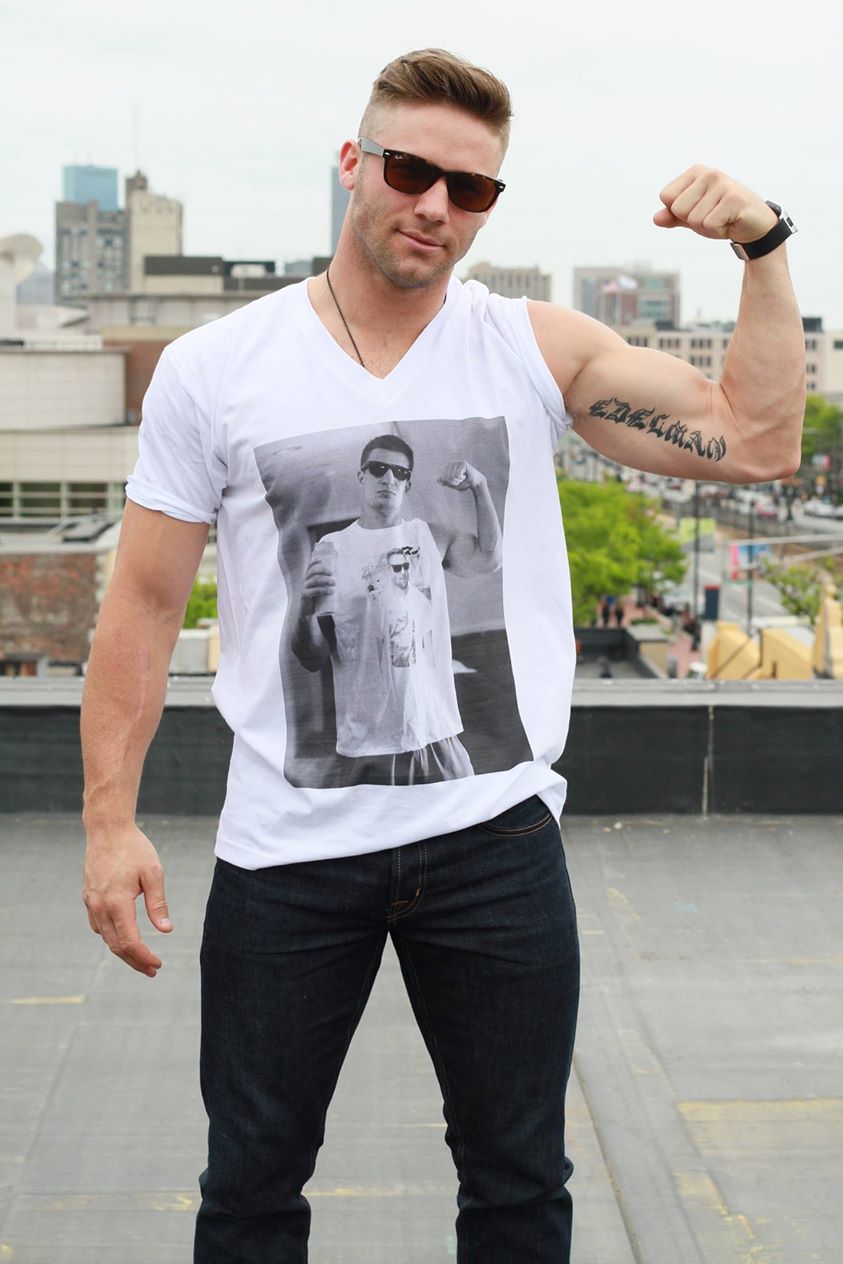 If that face doesn’t scream “rape culture” then I don’t know what does. And what’s up with only challenging other white dudes? He can’t get the brothers in on the action? Does he not think they’ll do it, or does he only associate with meatheads who get drunk and play air guitar?

Oh yea, and did he really have to challenge Gronk? You could tell him there were magic beans at the bottom of an ice bucket and he’d dump it on his head. As for Amendola, why don’t we chill the fuck out with that talk. Knowing him he’ll take the ice bucket challenge, and then – BOOM – out six to eight weeks with a pulled groin somehow.

Here’s what I don’t get about this whole thing though. The purpose of this is to raise money, correct? So like, if Gronk and Brady do this they’re just giant assholes then right? I mean, wouldn’t a millionaire have to be a dink to go out of their way to dump a giant bucket of ice on their head in order to avoid writing a $100 check?

Isn’t this supposed to be encouraging people to give money to ALS research? Someone gave me the challenge yesterday before I’d ever heard of it. They were like, “hey you should dump this ice on your head or else you owe ALS research $100.” So then I asked, what do I owe if I don’t do it? I was told I only owed $1 then. First thing I thought was, “fuck, I better hurry up and dump some ice on my head.” But, isn’t that the exact opposite that this should be doing? I’m gonna give $10 to Mass Liquors for some bags of ice just to avoid giving more than $1 to a worthy charity.

In the end my prediction is this. Thousands and thousands of people are gonna dump ice on their heads. I’d say 20% actually spend the time to donate the buck they owe. All the people that are challenged and don’t accept will never pay, and then everyone will move onto a new cause of the week next week. Like finding Joseph Kony, or raising AWARENESS for marriage equality by changing their Facebook profile picture, or occupying Wall Street.

But hey, what did people honestly think would happen with a movement led by Julian fucking Edelman? Now maybe if they had let JL run this thing from the beginning we’d actually be able to make a difference. I say people pledge to donate $20, and every $500 raised will get you another JL 20 pound ice block over the head from the King of West Tatnuck himself.

Tomorrow JL will be downtown to give Turtleboy himself the ice bucket challenge. If you’d like to be challenged then send us a message or leave it in the comments.