Just when you thought that David Leavitt, the guy who who has made it a habit to publicly shame employees at corporately owned chain stores for not giving him free shit on his blue checkmark Twitter account with 210K followers, couldn’t get any worse, we heard from his ex-girlfriend over the weekend. It began when the Fall River Reporter shared a link to their coverage of the story. 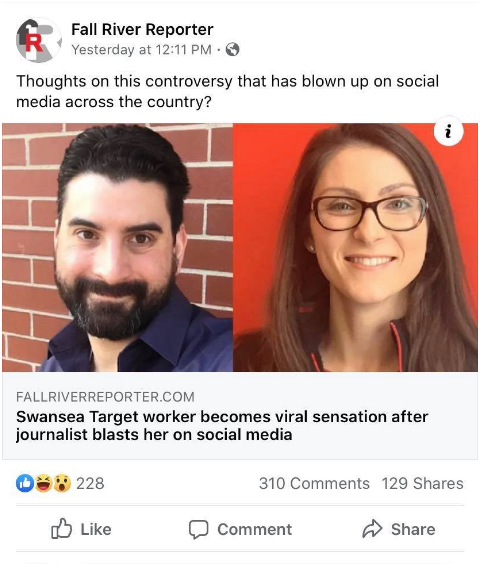 That’s when his ex-girlfriend Heather Roberts showed up in the comments. I for one am shocked that this douche canoe is insufferable to live with. I don’t know what’s worse – buying your girlfriend silverware for a gift, or taking it back from her when she dumps you.

In case anyone doubted they dated…. 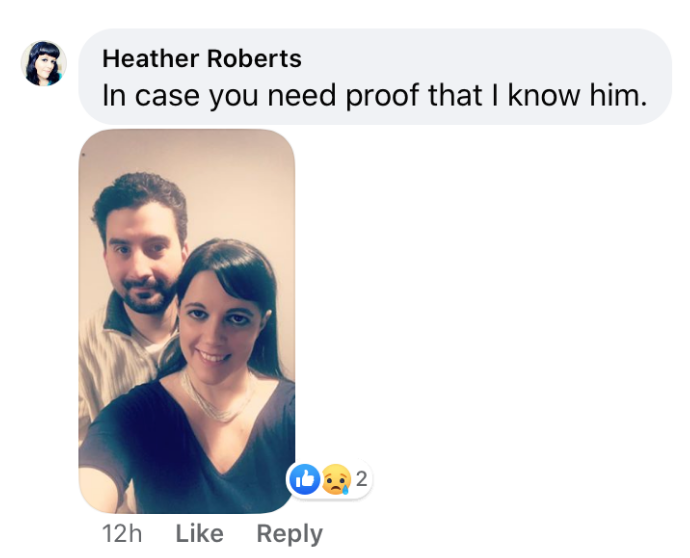 She even texted him after he became a national villain to see what he had to say for himself. And just like I said on the live show, he white knighted by claiming that he was standing up to “big corporations.” “If I don’t stand up to the big corporations who will?”

Oh fuck off. This is what happens your brains gets scrambled by Pocahontas and Bernie. He honestly believes that by shaming a random person trying to make a living that he’s sticking it to the 1%. In reality he’s just a cheap piece of shit who doesn’t feel like paying for anything because he’s a massive failure and makes the same amount as a high school kid with a summer job.

And for the record, he’s completely wrong about Massachusetts law when it comes to labeled prices.

But we won’t let FACKS get in the way, right Davey?

She wasn’t the only who had a similar experience to Target Tori.

Good news David – Michele Tanzi’s got your back. At least you’ve got that going for you.

We got a little more coming on David later this week, and I think you’re gonna like it. Stay tuned….