Police say a man asked to use his cell phone to make a call from jail after being arrested for shoplifting, but he didn’t call his family. Michael Harp, 29, asked to make the call after being booked into the Corbin, Kentucky jail on shoplifting charges. A short time later, police say a pizza delivery driver showed up to deliver five pizzas to the officer who arrested Harp. The officers traced the call to Harp through his cellphone number. WKYT-TV reports that Harp said it was a misunderstanding and that other people used his phone in the jail. Harp now faces additional charges including theft of identity, theft by deception, and impersonating a police officer. 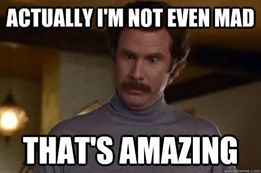 I haven’t seen this much of a power move by ordering a pizza since Jeff Spicoli ordered some pizza to Mr. Hand’s class on OUR time.

That girl in the second row seems to think it’s pretty funny. She wasn’t laughing an hour later when  when Judge Reinhold dropped her off at the ABORTIONIST.

Here’s the question – what did they do with the pizzas? There were five of them, but like, do they go in evidence? I mean, they’re charging this guy with another crime now too, because apparently in Kentucky they frown upon fat bastards who order pizzas from a jail cell. So do the five pizzas just sit in the evidence room? Because that’s a real crime. Kentucky is pretty much a white hillbilly state that somehow broke off from Africa. I’m sure they could’ve donated it to some family in the mountains with no electricity and no health care that still wants to get revenge on the Hatfield’s.

Oh yea, and who the hell is running the prison? Since when do prisoners not only get to keep their cell phones, but also ask for and receive permission to use it WHILE IMPRISONED??!! What did they think this guy was gonna do? 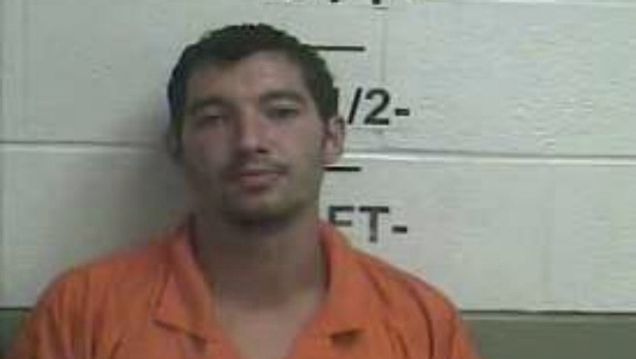 Who is that guy gonna call? A loved one? That man right there has a face that is literally impossible to love. Pretty sure this guy had no intention of eating any of the pizza since his diet most likely is exclusively KFC. He’s been waiting to pull the ol’ “order five pizzas to the police station” stunt since he was in the seventh grade. Probably tried this move a million times before and FSR you guys were the first ones to fall for it. Is it really fair to punish him for this? I mean, the cops are the ones who fucked up. Did they let him keep his meth too? 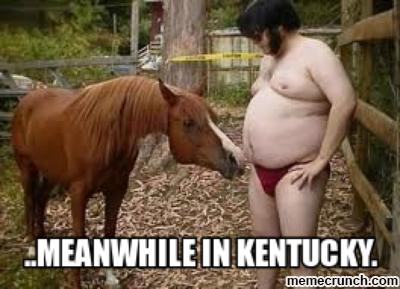