Let’s Find A Way To Support This Week’s Hero Of The Week – Worcester Fire Lt. Jason Menard, Who Died Saving The Lives Of Others I woke up this morning planning on talking about a couple stories we have in the works on the YouTube morning show. But I saw the news that a lot of people did about Worcester Fire Lt. Jason Menard dying last night while trying to save the life of a baby in a triple decker on Stockholm Street in Quinsigamond Village. He was just recently promoted too. 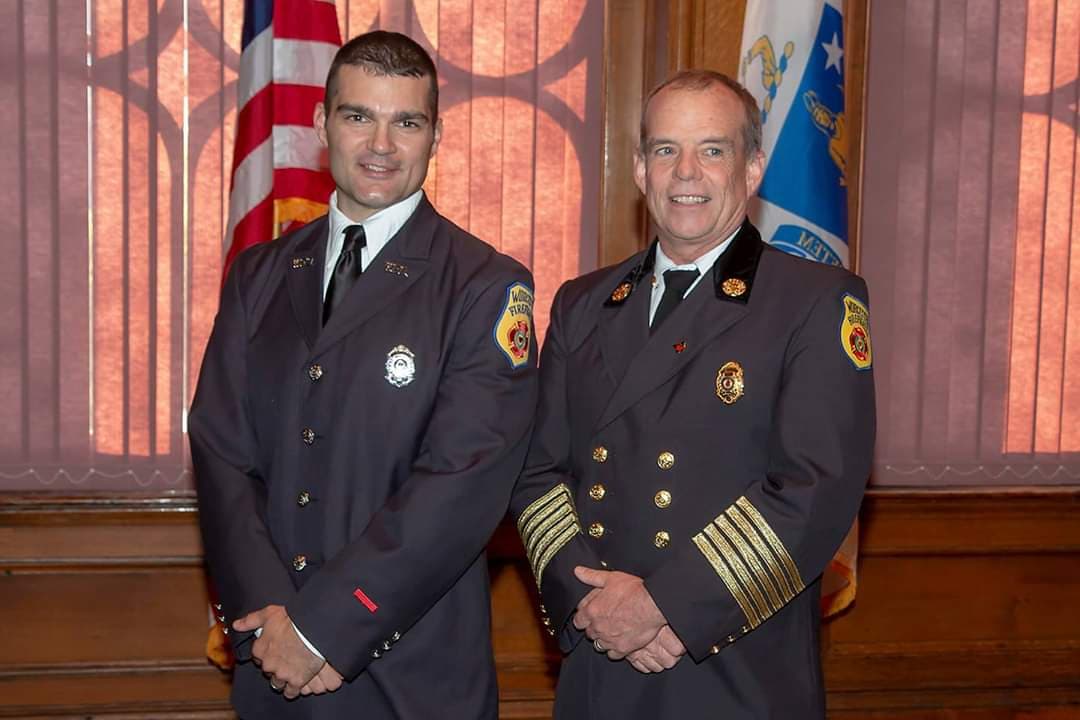 Lt. Menard leaves behind a wife and three children, ages 15, 13, and 9. His oldest son is special needs. Yesterday was his last shift before vacation, as he and his family were planning on leaving for Disney World today. They had shirts made and everything.

Worcester is a very small and tight knit community. When a firefighter like this dies it’s inevitable that if you didn’t know him, then you know people who know him. Jason was a Doherty High School graduate. I grew up in that neighborhood, but I went to South because I was a nerd. However, my friends who went to Doherty all speak highly of him and are in shock right now.

We know that firefighters were told that there was a baby on the third floor and that Lt. Menard and other firefighters bravely ran into the fire. It’s been reported that he saved the lives of other firefighters, including pushing one out of a window. Jason Menard is our hero of the week, and I’m at a loss for words right now for once in my life.

I don’t know why this seems to happen in Worcester so often. We’re coming up on the 20 year anniversary of the Worcester 6 dying while trying to save the lives of two homeless people at the Cold and Storage building. We’re less than a year away from Chris Roy dying while fighting a fire in Main South, and less than a decade away from Jon Davies dying in a similar manner. Firefighters die in other cities, but in Worcester it seems to happen more often. I’m sure it’s just terrible luck, I’m just baffled on why our city and its fire department seem to be cursed like this.

Jason’s family will no doubt receive lots of support. The WFD is very good at looking after the families of their lost brothers after they’re gone. Several of the Worcester 6 had children that have gone on to become firefighters. There will be fundraisers, I’m sure Jason had life insurance, and the community will rally to support his wife and children. I’m trying to brainstorm ways in which we can help. I’ll gladly share any links to legitimate fundraisers, but I’d like to help in a different way if possible. I don’t think raising money will be an issue, but we have a large audience and a social responsibility to mobilize that platform to help.

Jason’s sister is a long time turtle rider and a friend of mine. I think with the outpouring of support that is about to come for Jason’s immediate family, maybe we could use our resources to somehow support his sister’s family. I’m sure the last thing she wants to do this week is cook. If anyone has any ideas for a way to support her family please feel free to reach out to me. I’m all ears.