For the last month now these whiny cunts at the Cambridge Whole Foods have been crying because they have a company policy that prevents them from wearing black lives matter masks at work. They’ve been led by a chick named Savannah Kinzer, who of course is as white as her name sounds. Either way, this is really, really simple – you don’t have a right to wear clothing with political messages on them at work if your boss says you can’t. Period. Whole Foods is there to sell food, and even though probably 80% of their customers support BLM, they can’t afford to lose the 20% who actually understand what BLM stands for. These are just a bunch of entitled twats who have never been told no, and the adults who are supporting them are the reason why they grew up to be brats in the first place.

A class action attorney filed a lawsuit against Whole Foods and Savannah is one of the lead plaintiffs. Except there’s just one problem – she lied about the reason she was fired.

The lead attorney in the class-action lawsuit against Whole Foods over the grocery store’s decision to discipline employees who wore Black Lives Matter face coverings is ripping the company for “falsely attacking” one of the plaintiffs in the case.

Following news of the lawsuit Monday, a Whole Foods spokesperson told Boston.com that Savannah Kinzer — a former employee at the chain’s River Street location in Cambridge who was fired over the weekend after organizing protests against the policy — was fired for “not working her assigned shifts, reporting late for work multiple times in the past nine days and choosing to leave during her scheduled shifts.”

Oops! Turns out she’s just lazy and didn’t feel like going to work on time. 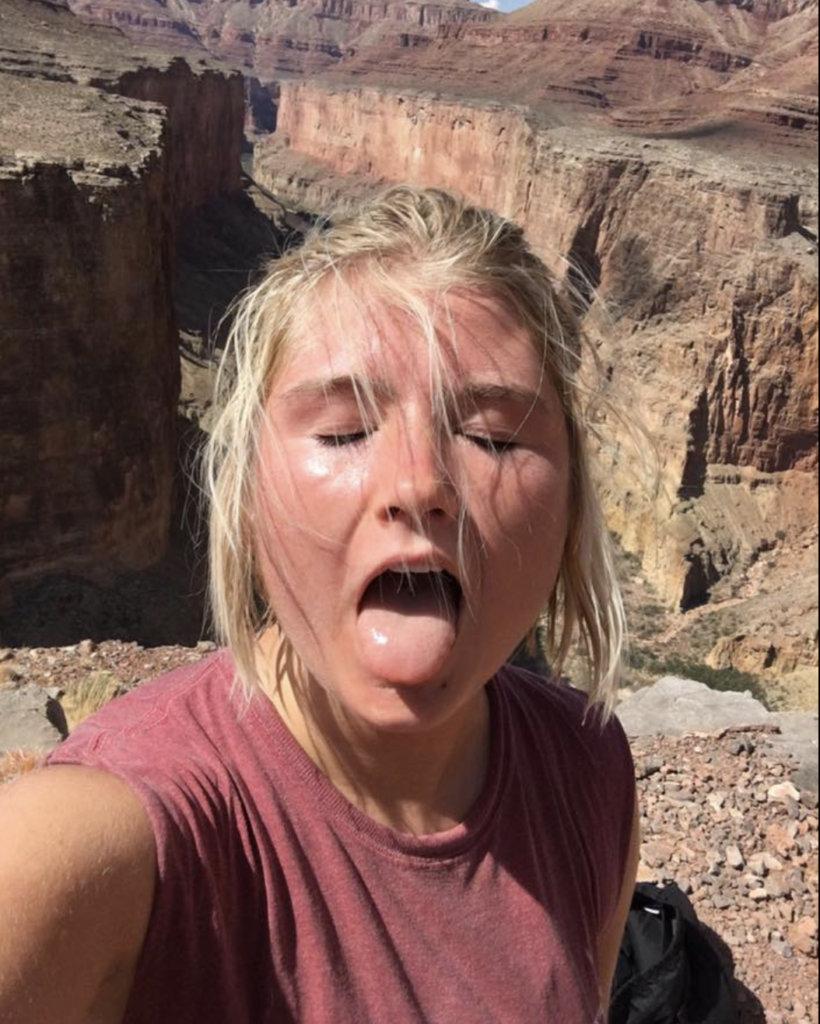 But of course her lawyer disagrees.

Shannon Liss-Riordan, the Boston-based labor lawyer representing Kinzer and 13 other plaintiffs in the case, said the company’s statement is misleading. According to the lawsuit, Kinzer was terminated due to an “accumulation of disciplinary points, most of which she received as a result of wearing the Black Lives Matter mask.” The plaintiffs’ complaint also claims her firing — which happened an hour after the 23-year-old Boston resident informed managers of the lawsuit this past Saturday — was “in retaliation for being a leader in organizing the employees to wear the masks and protesting the company’s policy of disciplining employees for wearing the masks.”

In a statement, Liss-Riordan told Boston.com that Whole Foods’ response to the lawsuit was “despicable.”

“Their decision to retaliate against employees expressing support for this racial justice movement was bad enough, but their efforts to disparage an amazing activist and leader are beyond the pale,” she said. “We look forward to making our argument in federal court.”

So you’re telling me that Whole Foods fired a person who sued them? Wow, that’s crazy! Wonder why they’d do something like that.

Although this is a class action lawsuit, it’s pretty clear that this basic Becky is at the front of it. Her hyphenated attorney called her an “amazing activist and leader.” But here’s the thing I don’t understand – why is Savannah Kinzer working at Whole Foods in the first place?

Savannah is a Northeastern graduate from Washington state who worked for Seattle/Chaz Mayor Jenny Durkan, and served as an “Investment intern” for some climate change group. This is her father Craig Kizner. Craig is a multi-millionaire real estate developer and former owner of the Seattle Supersonics whose clients and friends include Starbucks CEO Howard Schultz and Bill Gates and Melinda Gates. He calls himself a “capitalist pig.”

“What I really am is a capitalist pig.” The man many consider to be Seattle’s top real-estate rainmaker, Kinzer offered the self-assessment half-tongue-in-cheek. But like many of the brash things he blurts out, this one conveyed more than meets the ear. He’s a big-time capitalist, all right, regardless of whether you pair that word with “pig.” A CPA, he also holds a law degree and a master’s in business administration

In the early 1990s, Kinzer helped orchestrate Starbucks’ decision to locate its world headquarters in Seattle’s Sodo neighborhood. He and his team helped relocate 30 businesses to clear space for Safeco Field, and helped the city buy the 62-story Key Tower for little more than half what it cost to build

Check out where she grew up. So why is this chick, who was born into more money than you can possibly imagine and has a degree from Northeaster, bagging groceries at Whole Foods? And why has she suddenly become the leader of this movement?

Oh right, she’s just bored and looking for a social justice project to add to her resume. This job meant absolutely nothing to her because she realized she didn’t need it to begin with. She wanted to keep it real with the common folk, but she didn’t feel like working as hard as them which is why she was always late to or missing work. Now she’s dragging down a bunch of working class kids with her, because at the end of the day they will lose this lawsuit and their SJW lawyer is doing it for the headlines.

When this is all said and done the outcome won’t matter to her. She’ll be traveling the world with Mommy and Daddy like she always does. Check out her Instagram and you’ll see that just in the last couple years she’s been to Hong Kong, France, and Iceland. Funny, you don’t see many people of color in her pictures either, which kind of makes sense considering her hometown of Issaquah, Washington is 1.4% black, and the median income is $114K.

On her IG she says she wants to defund the police. The effect this would have is that people like her would be just fine because Daddy can pay for private security. But the working class black and brown people she treats like pets on a leash would be completely helpless as crime rates skyrocketed in urban areas.

Of course none of this very relevant information is ever mentioned by the Globe or any other media outlet praising this girl as some sort of civil rights leader, using her white privilege to speak on behalf of minorities. She also started a GoFundMe that’s raised over $12,000 to pay for worker’s salaries as they’re basically on strike by refusing to adhere to company policy and wear a mask that doesn’t have a political message on it. “They told us to take them off. No conversation, no dialogue. This is of course unacceptable to us.”

It’s almost as if you have to do what your boss tells you to do when you’re at work. Fucked up, right?

But of course this spoiled brat said it’s unacceptable, because she’s never been told no her entire life. You think she’s gonna put up with excuses from the maid or the nanny when they don’t bring her a wine spritzer? Unacceptable.

Why is she starting a GFM for them when her Daddy could easily just cover their wages instead? Why is she asking working class people to support this when it’s all her idea in the first place? Like I said, this is just fun and games to her. It’s something to add to her woke resume while she’s slumming it up to see how the other half lives. She’s lived this insanely privileged existence and she believes it’s a product of her skin color, and not the product of some really smart business deals her Dad made. The Globe might not see through her bullshit, but I do.