It’s been 5 months since a BLM mob fueled by the death of George Floyd got the Phantom Gourmet to force CEO Dave Andelman to resign because he made some Facebook posts pointing out the hypocrisy of closing restaurants to stop the spread of commie cold while allowing millions of people to protest and riot in the streets. 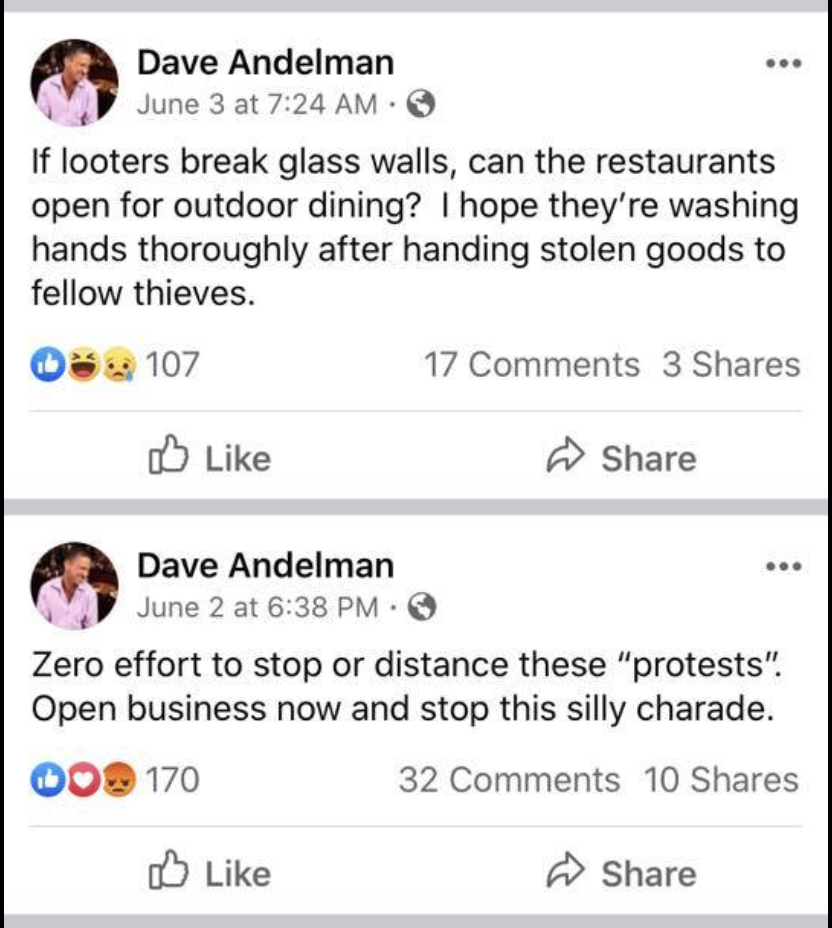 Everything he said was true, but his gutless turncoat brother Dan realized that it was easier to give into the mob than actually stand for something.

But if you thought that was enough for BLM then you don’t understand how BLM works. Black lives matter is a cash cow. Everything they do revolves around making money, and they do it quite well. Then right on cue this happened over the weekend. LOL. They just got cucked by BLM into paying reparations. That’s what just happened here. That check might as well be made out to the Reparations Fund. And I’m not just saying that because they did it for the photo op and gave the money to the “Black Hospitality Coalition.” I’m saying that because the ultimate grifter was involved – Tito Jackson. The disgraced for Boston City Councillor is good friends with Monica Cannon-Grant, despite her long and documented history of racism.

Tito Jackson worked on Monica’s failed run at State Rep and has been Monica’s link to City Hall and legitimacy. He advocates for her constantly, and without his support this racist, violent psychopath would not have the amount of influence that she does. Tito is well aware of this, as we played her racist tirades on a loudspeaker directly in front of him two months ago. He tried kicking us off a public sidewalk for live streaming our peaceful protest against her racism at the 2:30 mark.

He heard her say the following:

And he’s cool with it.

He also had to hold back Violence in Boston INC employee Chris Lewis after he assaulted a woman for peacefully protesting. This is who the Phantom Gourmet is kissing the ass of. And make no doubt about it – Tito Jackson shook them down for the ten large. He saw white guilt in the water and knew it was a free lunch.

I can only assume that Tito Jackson is a flaming bigot too, since he’s aware of the things Monica has said and stands by her 100%. So my question is, why is the Phanton Gourmet associating itself with a racist in order to prove they’re not racist?

Gutless corporations like this shouldn’t get a free pass when they pander to these terrorists. Cancel culture works both ways, so feel free to let them know on their Facebook post that their support for racism won’t be allowed.