Montreal Canadiens Fans Doing What They Do Best: Whining About Lack Of Penalties Against New York Rangers

I don’t know whether or not to be happy or upset that the New York Rangers are completely facializing la Canadiens de Montreal. On the one hand I have loved watching the Habs get annihilated at home by the 6th seeded Rangers by a combined score of 10-3. On the other hand, it makes you wonder how the fuck we lost to these idiots.

Of course the Habs fans are crying foul on this one. Even though it was clear as day that Kreider first completely emasculated Alexei Emelin…

Now of course these idiots are whining, because in their moronic brains they can’t imagine that their Habs could possibly be beaten like this.

Does it get more Montreal than Josee Belanger? LOL Josee. Always trying to make it seem like they’re the NHL’s battered women. A fatal accident? These clowns are just such a disgrace to this game. Everything that normal people like about the NHL, they hate. That’s the problem here. They hate the physical play, all the mean checking, and the senseless pushing and shoving. And Kreider should get five game suspension for getting tripped by two defenders who just got smoked by Kreider without him having to break a sweat. Zero tolerance for those type of shananignans. Clearly Kreider should’ve used his magical balancing powers in order to avoid contact with Price. Because when Emelin gives Kreider the reach-around

But seriously, the silence of the Bell Centre was fantastic tonight. I hope you got to hear it. Listening to those idiots say nothing as they collectively realized that this was the last time they’d see their Canadiens play in the Bell Center this year. No way this team can win a game against the Rangers right now. But hey at least you can still talk about 1993, 1986, and all those Cups you won when there were six teams in the league. Because we really give a shit about that.

The hard pill to swallow is that New York is making it look soooooo easy. Granted Henrik Lundvquist has been orgasmic in net, but all they’re doing is everything we didn’t. For starters they shoot the puck. That helps. And they’re really, really killing them with speed. Do you remember Brad Marchand, or Milan Lucic, or David Krejci doing anything like this? I don’t. I remember Emelin stealing the puck from them more times than I can count.

So obviously it’s clear what the Bruins need to go after in the postseason. Marchand’s gotta go unfortunately. Not fast enough, and not so cute when he’s getting penalties but no goals. Go get some little Russian with speed.

Oh yea, and the Blackhawks dismantles the Rangers in the Finals. 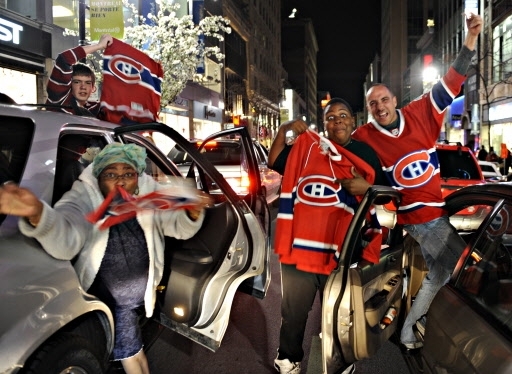 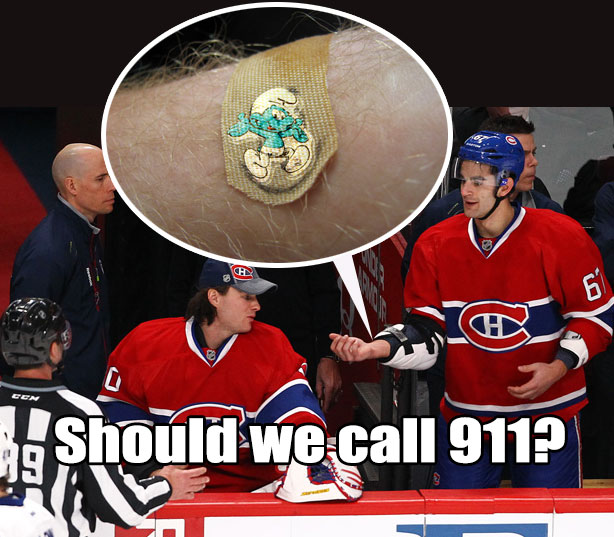