Here’s your GoFundMe scam artist of the day: Her name is Katherine Angela Lanagan, formerly known as Katerine Angela Jelfs, because she claims she was recently married to this winner: 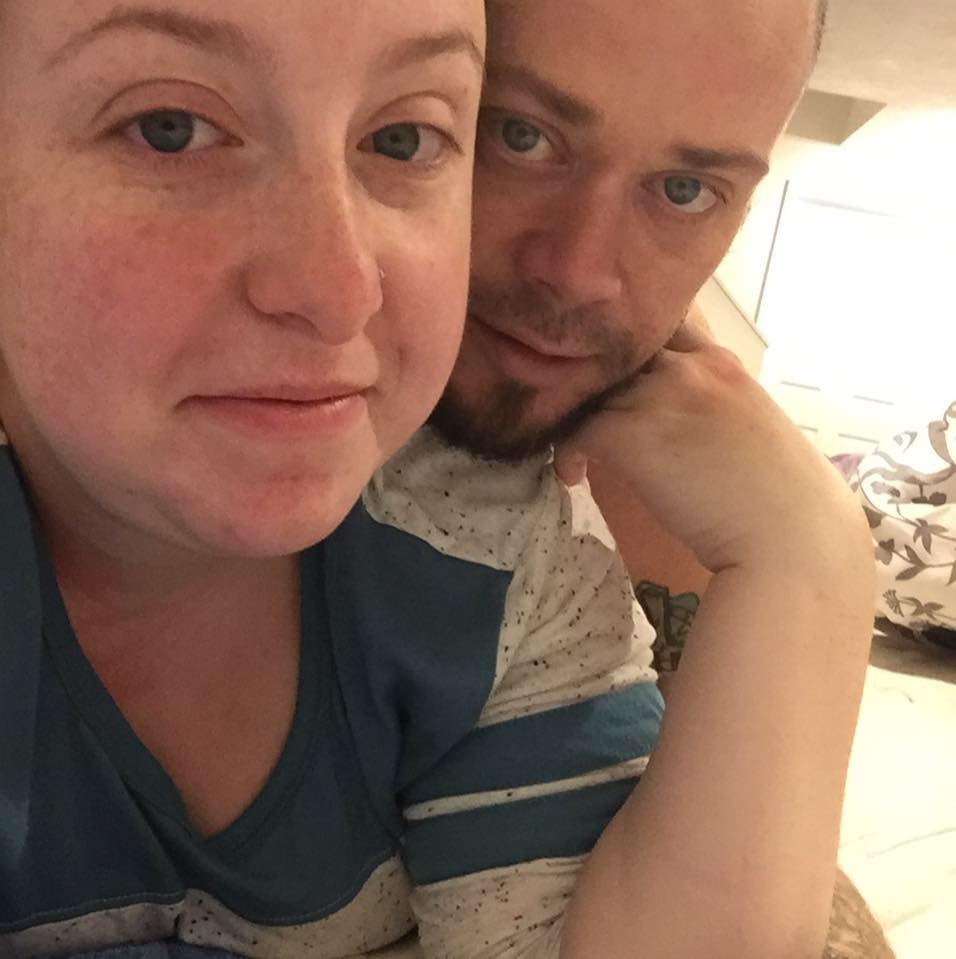 He goes on Facebook by Johnny Walker. They are local junkies from Natick: Angela has made quite a name for herself on local yard sale pages, selling all her kid’s stuff (she has a litter of course, check out her Facebook page): And in the least surprising turn of events ever, she also sells food stamps for half price, so her kids can go without while she feeds her habits: But yea, tell me more about how rare this stuff is. We hardly ever see it.

She’s actively looking for more heroin from people she thought she could trust on Facebook: Oh, and her and Johnny Walker just produced a child, which apparently is a call for celebration in the ratchet community: And she’s also selling baby formula, because of course she has a baby under her care right now: She needs them gone TODAY!! In other words, the testers have arrived, and this new shit Diego is selling is the bomb!!

FYI, Similac is the official baby formula of WIC. Your tax dollars pay for this. It’s completely free for Angela, because we live in a caring society where nice people don’t want to see babies starve to death because their parents are deadbeats. And what does she do with it? Sells it on Facebook for drug money.

A couple weeks ago she started a new GoFundMe scam – the wedding dress alteration scam: Because I’m sure she has a wedding dress, and the cost of altering it is exactly $100. She said the wedding was on January 24, but yet on January 20 she was magically legally married, and was showing up her new bling: Other people have called her out about her wedding dress scam: And she was none too pleased about that: Unfortunately for her her new “” sperm donor (their marriage may or may not have been overseen by Attorney Richard N. Vulva), it appears as if he’s gone away for a couple months: There’s only two kinds of Dads who go missing for a few months at a time – veterans and junkies. And I’m pretty sure the only thing this guy is a veteran of is giving handjobs for diesels: Of course it doesn’t take a genius to figure out what happened to this model of personal hygiene:

Don’t you hate when your “husband” calls you up and tells you he’s about to be taken to Michigan by U.S. Marshals? That’s the worst.

Oh well, at least she lives in Massachusetts where she can just keep popping out kids and sucking off the government. After all, 90% of the people elected to office around here subscribe to the theory that people like Katherine Angela Lanagan are a figment of our imagination. We’ve all been brainwashed by Fox News, the Drudge Report, and white nationalists. Always white nationalists. And it’s easier for them to tell you that you hate poor people than it is for them to address what is clearly a very big problem.

So good news for Angela is she won’t have to go back to the day shift at Sweaty Betty’s!! “The money flow was amazing.” Because when I see this face on stage: All I want to do is throw money at it so it will go away forever.

Oh well, if it doesn’t work out with Johnny Walker she can always go back to this winner: My question is, how does she get to live in Natick? I’d like to live in Natick, but it’s a tad out of my price range. But then again I work for a living, I don’t live in Section 8 housing, and I don’t sell my government baby formula for drug money on Facebook. Silly me.