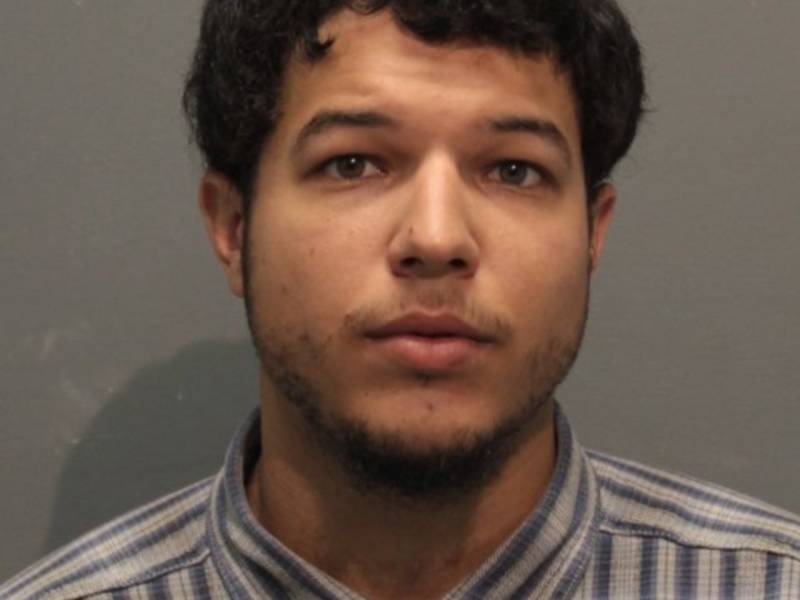 via Milford Patch: “MILFORD, MA—A man is facing several charges after allegedly viciously torturing and killing kittens that lived on a family farm at which he was staying.

On Sunday, Oct. 15, two officers were called to Ferrucci’s Farm for an unwanted person on the property. Members of the Ferrucci family told police that Miguel Medina, who had been staying in a camper in the back of the farm, was threatening and bothering family members, and refused to leave.

Police walked up to the camper when Medina said, “I knew you guys were coming.” Police asked him to leave the property due to the problems, and he seemed very hesitant, according to a police report. Medina reportedly grabbed his belongings and left.

After he left, a member of the Ferrucci family told police that Medina had texted her that he had killed kittens that lived on the farm. Another man on the scene said that Medina had told him about the killing of the kittens, inviting him to the camper to see, and said “I had other kittens, but one bit my favorite kitten, so I threw that kitten against the wall and then I put it under a table.” Medina reportedly showed the man the kitten bones under the table, and then remarked to him, “Check this out. I burned this one yesterday!”

Police found Medina on Central Street and placed Medina, whose home address is listed as Main Street, Milford, under arrest. While booking Medina, he reportedly said, “I killed a kitten,” while being finger printed, said police. Medina was charged with two counts of killing/maiming/poisoning an animal and one charge of animal cruelty.”

Whooooooa – have we the next local serial killer on our hands? This Milford Meow Muffler has openly admitted, and BRAGGED, about killing helpless kittens on a farm that he was squatting at in a tent, a la our Malden bedbug hotel mom.

We need a Facebook – but there are a bajillion Miguel Medina’s out there. Anyone unfortunate enough to know him? Hit the inbox or email NSTB: NorthShoreTurtleBabe@gmail.com