With all the protesting and COVID talk dominating the news the last few months I’m beginning to miss the old days when basic bitches looking for their 15 minutes of fame made up stories about being kidnapped. Luckily a Loudon, NH woman named Alexis George came through with this viral post yesterday that was shared thousands of times before she removed it this morning. Don’t you hate when that happens? You’re driving along and all of a sudden the guy pretending to be a construction worker and his buddy lying in wait try to drag you out of your car, choke you, kick the shit out of you, fail after another driver pulls up behind you, and then you run home to post about it on Facebook. It’s the worst.

But of course anyone with a brain would realize this never happened. After all, her eye doesn’t look red at all despite the “swelling” around it, which looks oddly like blue makeup. And she never called the cops, and instead posted about it on Facebook, waited for it to go viral, and then the cops came to her. Nor did the people behind her call the cops or make sure she was OK. They witnessed this horrific incident and everyone just went on their way. Sure, it hasn’t made the news that a woman was nearly kidnapped and choked out in broad daylight by a guy pretending to be a construction worker who is still on the loose. Sure the cops would almost definitely let the public know if a maniac like this was out there. But that doesn’t mean people weren’t gonna blindly believe it anyway. After all, when a basic Becky shares something on Facebook it must be true.

If you’re an imaginary man dressing as a construction worker who goes around choking bitches out in Loudon, NH, just know that your days are numbered because Joseph Ortega does NOT play games with bitch ass pussies.

A lot of people were skeptical of the story, and each and every person who voiced sketicism was attacked for being mean because they don’t like attention starved broads who make up stories like this for Facebook likes. “The scratches look real to me.”

Yea, except she said she was choked, and that both men somehow reached her by going through the passenger side door, so it would be pretty tough to get scratches and a shiner like that. Also, she had the option to, ya know, drive, if someone was trying to get in her passenger side door. Right. The person using logic and reason is the one who looks ignorant here, not the white chick with a BLM filter who blindly believes stories that are clearly made up, simply because someone posted it on Facebook. “I do not give a flying ass fuck if you think this is fake or not….”

Look at Bryan with Y, just because you’re on your way to becoming a chick, doesn’t mean you have to believe all women just yet. 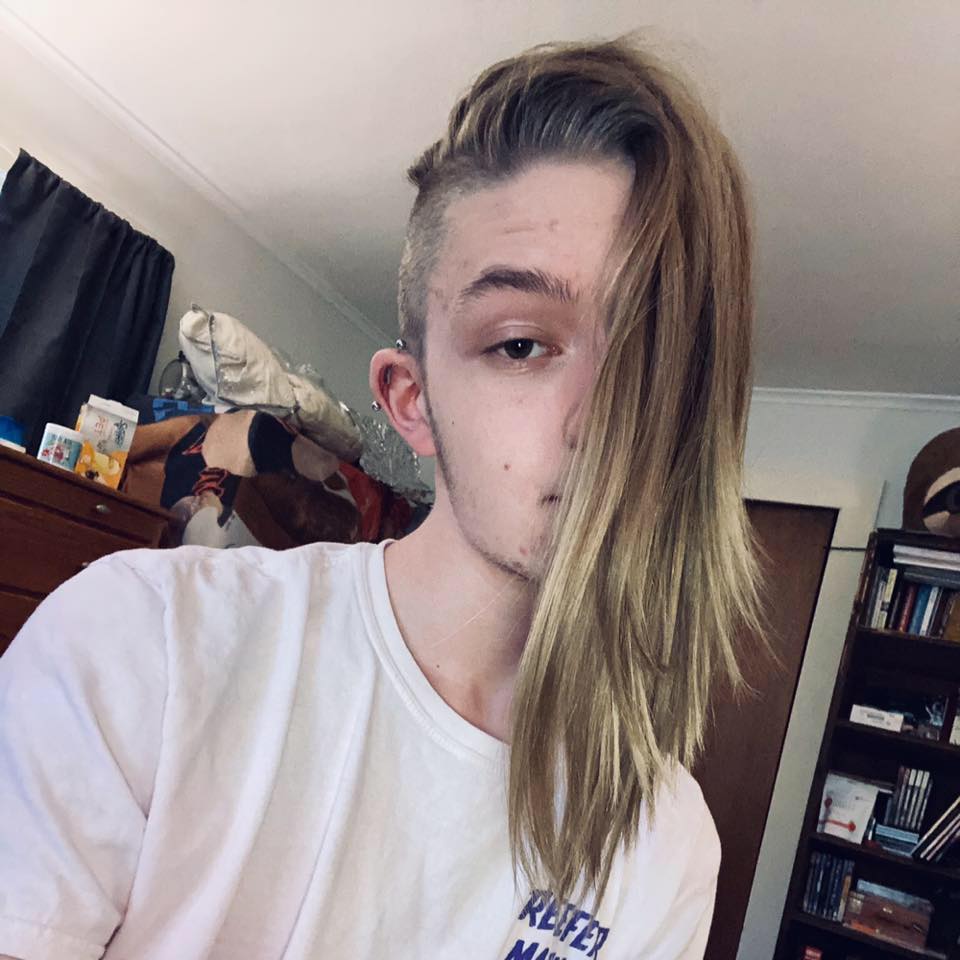 Another chick who actually had a shiner posted what it really looks like to have black eyes, but of course she got shit on too. Yea good point Alexandria. Comparing a real black eye to an obvious fake one is a “useless comment.” Unlike your comment, which was productive and insightful.

And guess what? She did this same thing three years ago. This poor girl has terrible luck. She can’t leave her house in the quiet town of Loudon without some mongoloid drunk on toxic masculinity punching her in the face. It’s a real epidemic.

She also posted this in April. Almost like she’s an attention whore constantly looking for sympathy on the Internet.

She saw all the people who were skeptical of her story, provided no proof that she contacted the cops, and didn’t answer any questions. However, she did continue to look for sympathy. She claimed to have a video of something, but never shared what it was.

And by nightfall the light blue under her eyes had magically transformed into a dark blue and red, which looked more like bruising. Obviously she’s lying, and one of two things happened here: His name is Dylan Burr, and I couldn’t find any criminal history on him. If that’s the case then I’m incline to believe that she just made this entire thing up from scratch, and now she’s gotten people suspicious about him too. Have a nice life dude!