Our Blog About Kevin Perry’s Facebook Post From Prison Blasting His Wife And Business Partner Worked: They’re Both Indicted For Money Laundering $260K Of His Drug Money Back in October we published this blog about former Hooters manager Joe Herman, and his business partner Stacy Gala Perry. Quick recap: 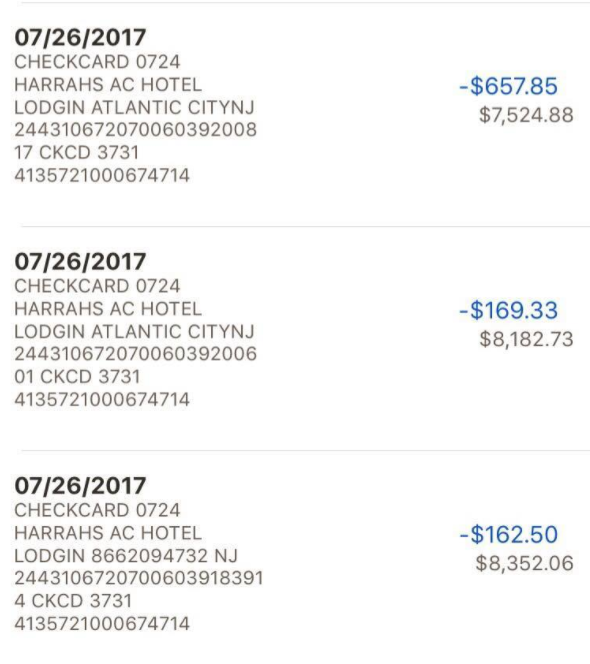 That is what we call a Worcester live triangle. Well it’s been a few months since we broke this story, and look what happened last week to Joe and Stacy:

The wife and business manager of Worcester restaurateur Kevin A. Perry Jr. have been indicted for money laundering after allegedly retrieving over $200,000 of Perry’s drug money from a storage locker and using it to open a new restaurant. Gala and The Usual’s manager Joseph Herman were indicted Thursday for money laundering, after they allegedly used Perry’s hidden drug proceeds to launch a new restaurant on the site of The Usual after Perry was charged by federal authorities.

Herman is also facing charges of making false statements to federal investigators and attempting to tamper with a witness, for allegedly trying to cover up the crime as investigators closed in. They responded, according to the U.S. Attorney’s Office, by trying to open a new restaurant on the site of The Usual — using drug money Perry had kept hidden from authorities.

“In or about May 2017, Perry told Gala that he had hidden approximately $260,000 in a self-storage locker in Northborough, Massachusetts. The money consisted of Perry’s drug proceeds,” the indictment said. “Gala told Herman about the money and, eventually, Herman and another individual, C.S., removed over $200,000 from the self-storage locker in which Perry had concealed the drug proceeds prior to his arrest.”

What don’t these people understand? This is the same thing Leigha Genduso got in trouble for. Repeat after me – “YOU CAN’T SPEND DRUG MONEY!!!” It’s not really your’s once the drug dealer gets arrested. It’s now evidence and belongs to the government. Spending drug money is a federal crime. They will follow the money and you will be in deep, deep doo-doo. Stop doing that please.

By the end of May, Gala — who was registered as the restaurant’s owner — shuttered The Usual. She and Herman then allegedly used the drug money to renovate the site and reopen it as a new restaurant called “The Chameleon.” But to do so, they first had to get approval to amend their alcoholic beverage license for the new name. In a hearing before Worcester’s license commission, Herman allegedly lied about the source of funding for the renovations.

“How much money did you put into this business?” Worcester Police Lt. James Johnson, the department’s liaison to the commission,  asked Herman at the hearing.

“40,000 that you got from relatives and yourself?” Johnson said.

The Chameleon’s existence was shortlived, opening in July of last year and being shuttered by early November. But in that time Gala and Herman allegedly used the drug money to fund its operations, according to the indictment.

Herman also allegedly worked with Perry to conceal at least $330,000 in drug proceeds despite telling investigators he had no role in doing so.

After a grand jury was convened, Herman also attempted to convince a witness, identified in the indictment as C.S., to give false testimony.

What don’t people understand about lying to grand juries? You can’t do that. It’s called perjury. Once again, ask Leigha Genduso about that.

And do I have this straight? Chinstrap McGee asks “CS” to help him take $260K in drug money out of a storage facility. But he tells them that if he’s asked to testify about it he should say that he was alone? So…….what does CS get out of this business arrangement? Solid plan Chinstrap McGee. You really gave him incentives to commit perjury and face mandatory jail time.

The thing is that the post was only up for a few minutes. The feds never would’ve seen it had we not blogged about it. Now two more shitheads are looking at prison time. Although I’m kind of excited to think about the antics Stacy will be getting into with her new shower buddies! Just another day’s work for the turtle.