A bunch of people sent me a link this week to a podcast hosted by Worcester right wing radio personality Jim Polito, in which he interviewed a Shrewsbury veteran named Chris Mason, who was allegedly fired from his IT job for posting an “offensive” meme about critical race theory. 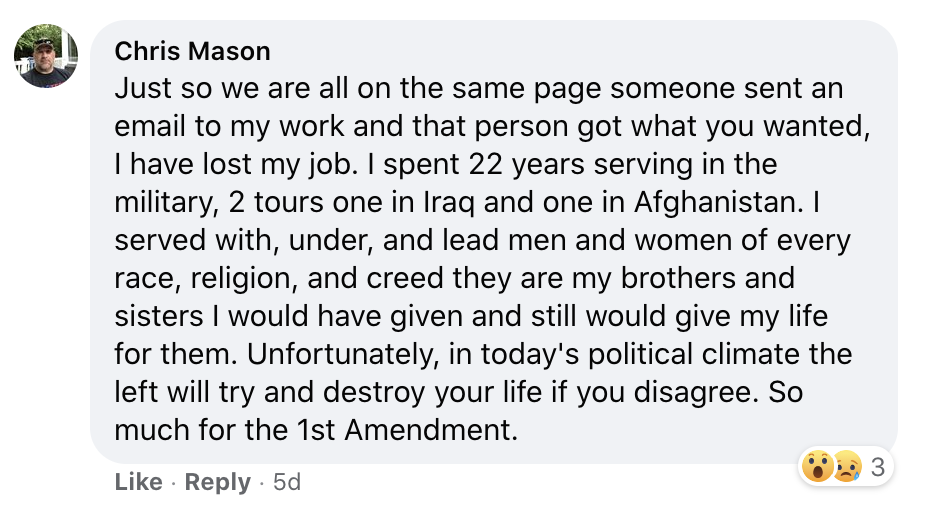 Before Polito did the interview it was sent to me and I was skeptical. I understand we’re living in a cancel culture world, but that’s a political cartoon that a black guy named Larry Elder shared on Facebook, and Chris simply reshared it. A valued employee is not gonna be fired for that, and any legitimate company’s legal department would advise against termination unless the employee had documented instances of poor performance at work.

These are questions I ask, but people like Jim Polito don’t. It’s what separates me from the Hannitty’s of the world. They see words like “critical race theory,” “veteran,” “woke,” and “cancel culture,” and they know it’s red meat for their audience to get outraged about. I want to know details. And it’s journalistic malpractice to have this guy come on your podcast for 30 minutes and not once ask him where he worked. Good stories have a villain. Who are we supposed to be mad at here? The unnamed company? The unnamed person who wrote to the company? Or cancel culture in general?

This is what Jim Polito does – he does a podcast on WTAG that nobody listens to, then he dumps it off in community Facebook groups and leaves. He never interacts with the post in the comments, he just dumps it there for cheap clicks. He got 125 comments in the Chicopee forum. This got almost 200 comments. Last year he dumped this cringe, boot licking nonsense in the Shrewsbury group and walked away. I support the police, but I’m embarrassed for Jim just reading this. These are tough men and women doing a tough job, and this grown man just wants to virtue signal to let them know that they can park at his house and get free lemonade if they’re sad.

“If you are thirsty I will bring you a drink.”

They make six figures. They can buy their own drink champ.

“If you need backup I will stand with you. If you need to cry, I will hug you and let you.”

I’m not the only one who noticed.

Anyway, the story had its desired effect – it created outrage on both sides of the aisle and brought out the worst society has to offer. This is Shrewsbury High School teacher Jessica Linsey. 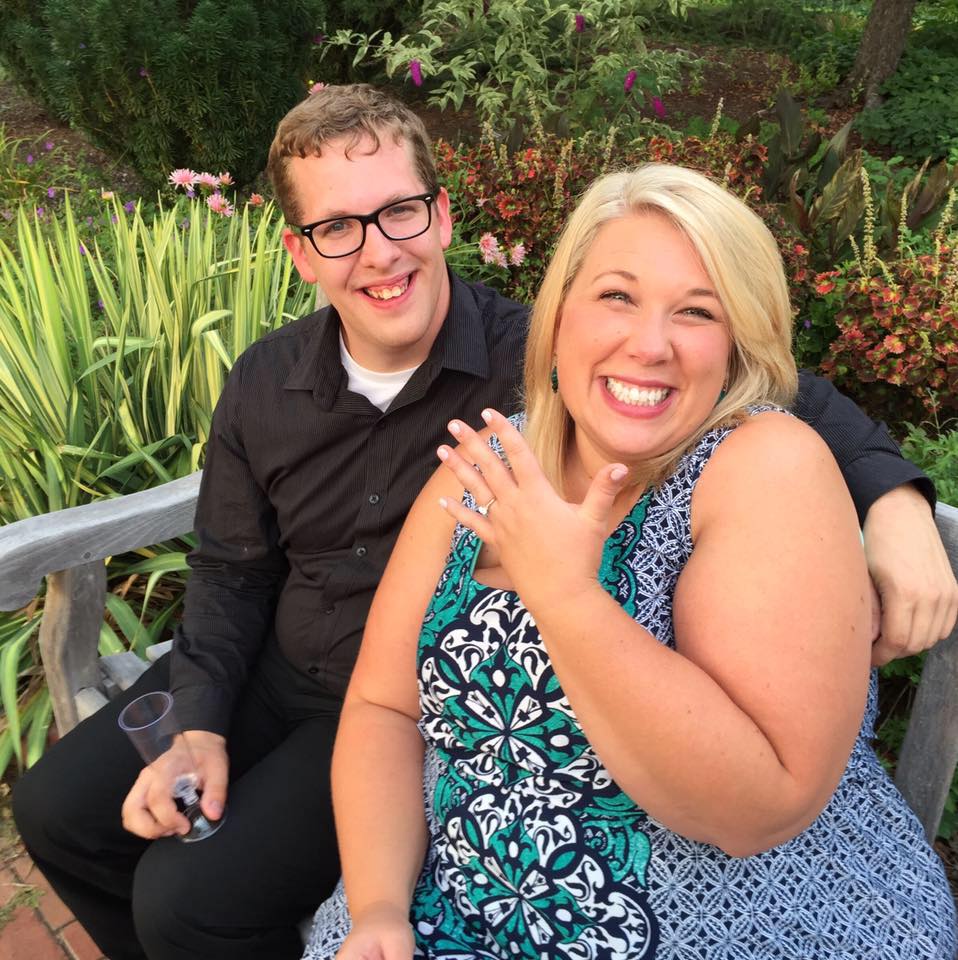 Here she is modeling a flannel parachute. 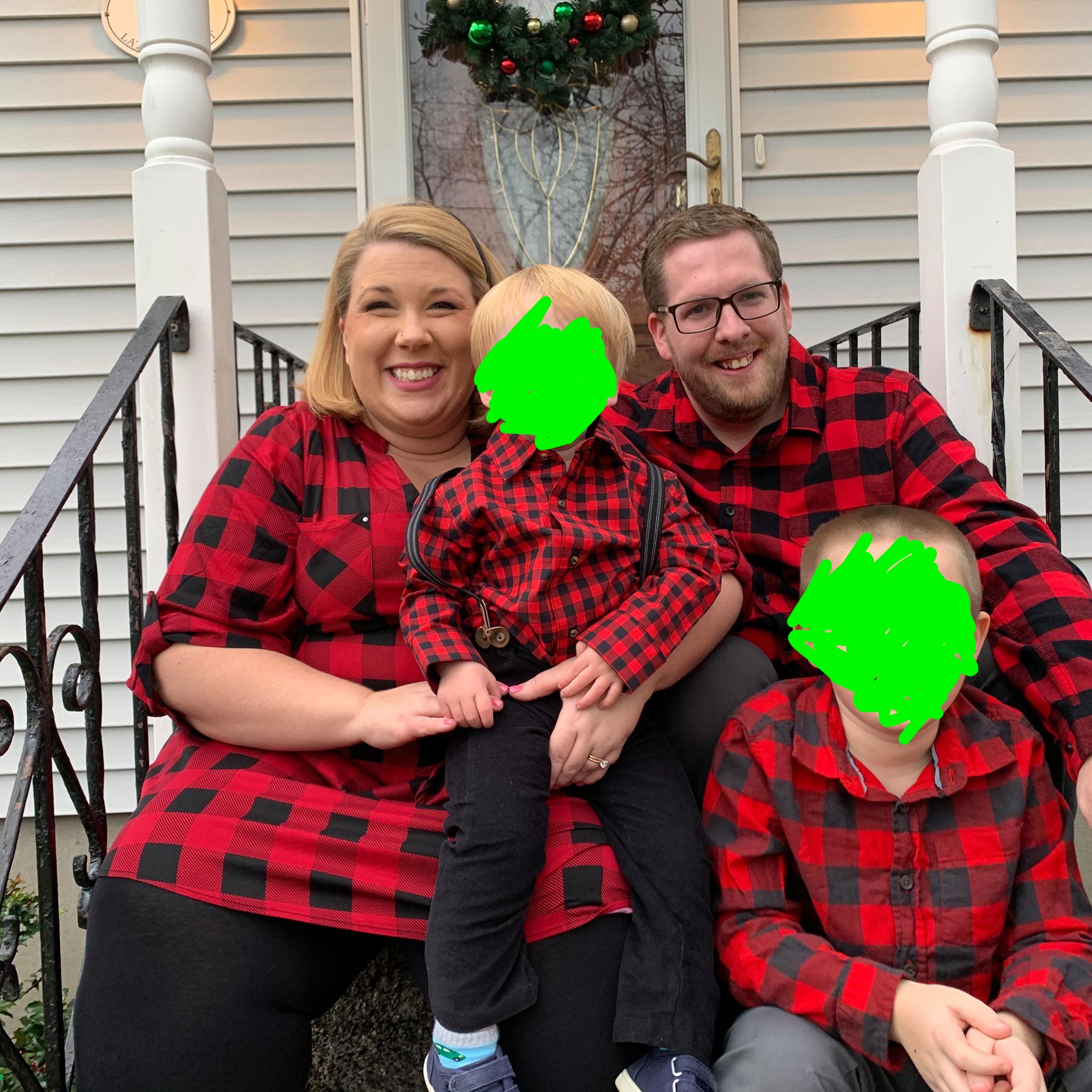 As you can see she doesn’t take care of her health at all, which is why she fear mongered and demanded that schools be closed in order to protect her from a virus that posed no threat to children or adults who actually exercised and ate healthy. She chimed in on her thoughts about this man allegedly being fired for sharing a right wing meme that was critical of critical race theory.

Ladies and gentlemen, this is what a racist looks like: That cartoon was originally shared by Larry Elder, a black man. And here is this white woman casting judgement upon him because she apparently believes only white people are allowed to think like that. White liberals like her HATE IT when black people like Larry Elder have the audacity to leave her thought plantation.

She then attempted to justify her racism by claiming that white people cannot be the victims of racism. Her evidence was an unattributed quote from some sort of gender studies professor that she apparently takes as fact.

Jessica Linsey believes that all white people and all black people must think the same way. She attributed Chris’ opinion to “white people,” because she’s a racist who cannot comprehend that a black person might agree with that sentiment.

But since she doesn’t have a problem with cancel culture and believes it’s OK for people to lose their jobs when they post “racist” things on Facebook, I would urge you to email principal Todd Bazydlo and Superintendent Joe Sawyer to let them know how outraged you are about her comments.

Again, we don’t even know if this guy was really fired. We don’t know if he had been written up a million times and this was the last straw. I messaged him for comment and didn’t get very far.

Why wouldn’t you want to blast the company? They’ve already allegedly fired you, so you have nothing to lose. They can’t sue you for defamation if what you are saying is true, and most lawyers would want their clients to get this story out there to a wider audience in order to drum up support.

I’m not saying that Chris Mason is lying, but I do know that until he says who the company is its journalistic malpractice for someone like Jim Polito to use it for clicks. In the meantime this racist teacher has shown what she would say if he were telling the truth, so the incomplete story brought the worst out in everyone. Mission accomplished for Jim.