Last year we blogged about this Woonsocket crotch rocket who decided to shame a couple people going out to breakfast in their jammies, while assuming they’re on food stamps: We’re not the type to toss out the racism card, but…..yea, that’s a little bit racist. Just sayin.

Mike Lanoue is a real winner. 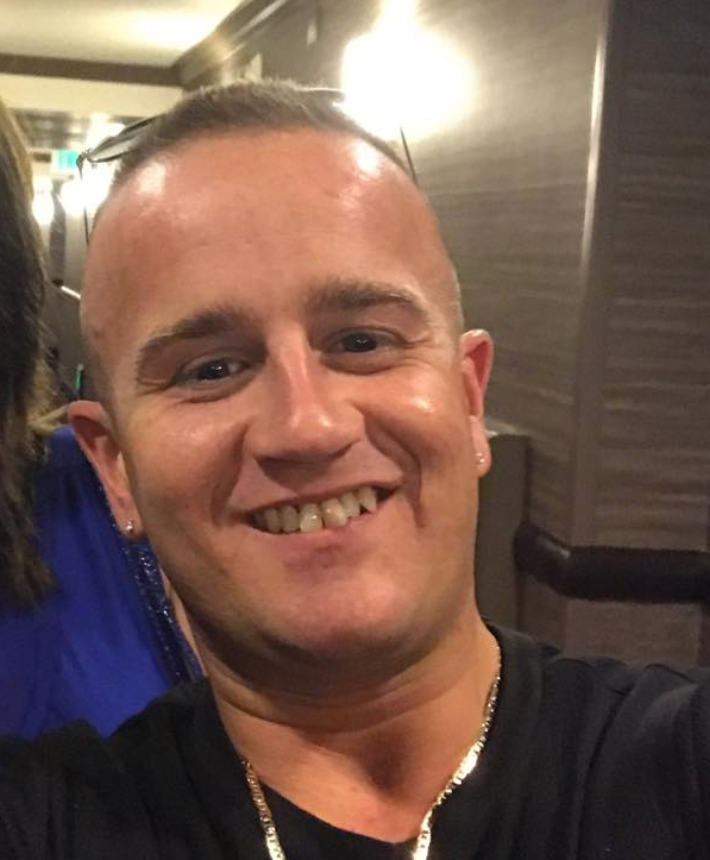 Who then threatened to call the cops about imaginary death threats his kids were getting about that post: 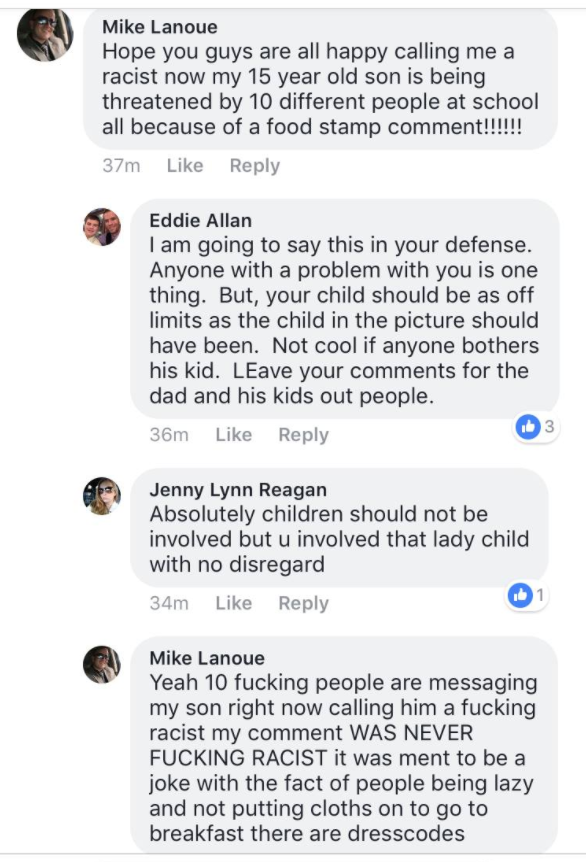 Then it was revealed that he also owned a local business, which apparently just tells people they’re #1 in everything: 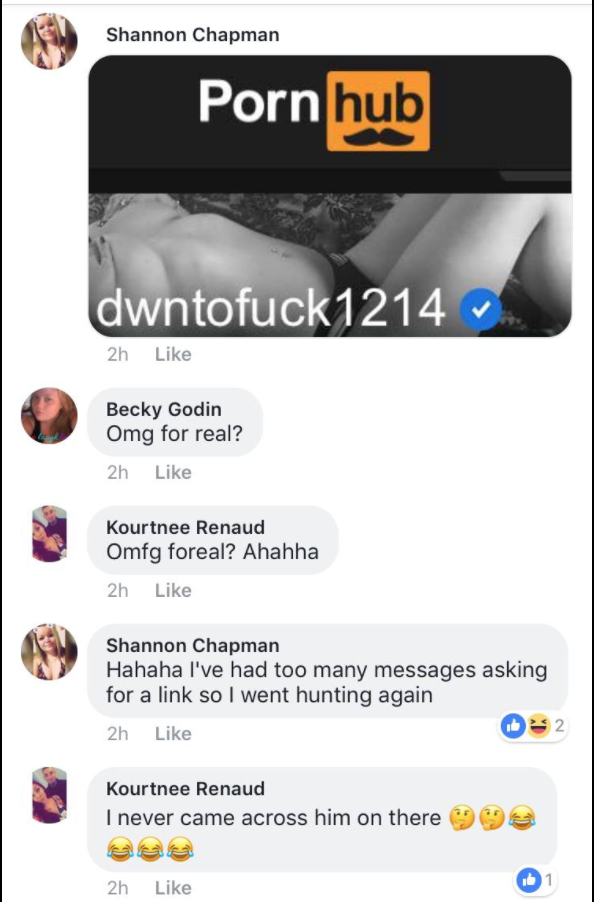 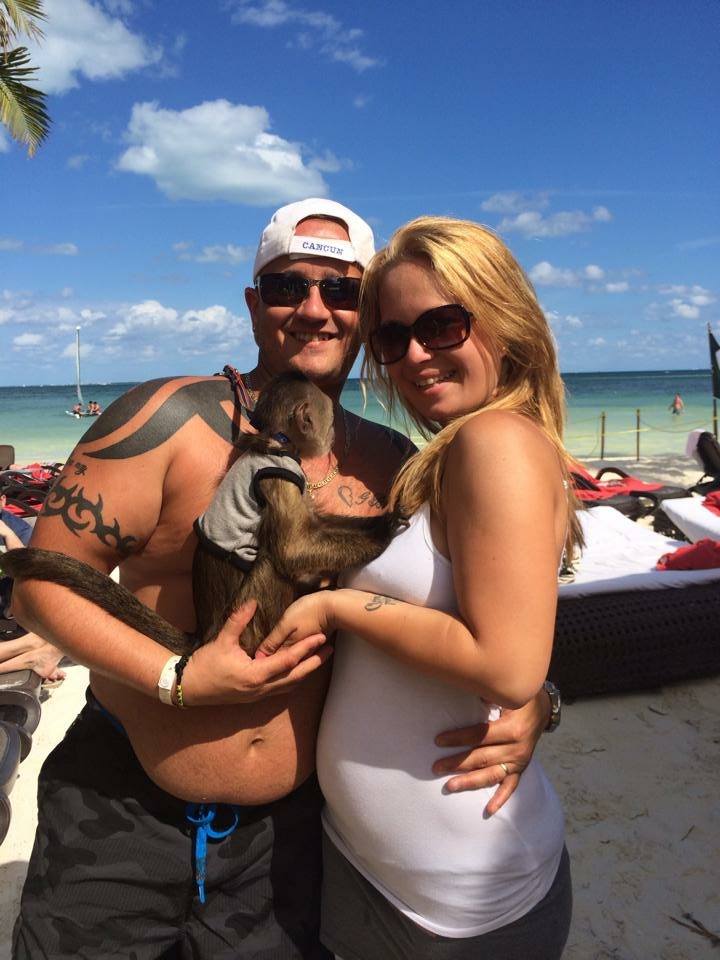 Well, he’s back, and this time him and his wife Eva are opening up a restaurant in town….

A new restaurant is coming to Main Street in Woonsocket, and visitors can expect some old-fashioned French-Canadian cooking with a touch of southern twang.

Eva Lanoue, owner of the Red Brick Grill at 83 Main St., is a native of Narragansett who moved to Woonsocket after marrying city native Michael Lanoue. Lanoue said she first learned to cook by watching her Italian stepmother and, later, her husband’s French-Canadian grandmother whip up the comfort specialties both cultures are known for.

“If I was at her house, we were cooking. It didn’t matter what I went there for,” she said of her husband’s grandmother.

A former Kirby Vacuum saleswoman who’s worked in and around restaurants since she was 13, but never as a chef, Lanoue said it has always been her dream to open her own place. The opportunity came earlier this year when her husband, who also works for Kirby, visited the former Vino’s space to look into potentially renting it out for an office. It was during a visit to the storefront the couple realized the space would be perfect to host a restaurant once again.

The Red Brick Grill, scheduled to open within the next few weeks, will serve homemade comfort food in a family atmosphere. The space, which includes a bar and front windows that open to the street, needed a good deal of work when Lanoue moved in, with she and Michael doing most of it themselves, but they maintained the building’s historic moulded ceiling.

“It’s just a small little restaurant where you can come in and you just feel like family,” she said.

The food will include local classics such as fish and chips, a cold cut grinder and mother-in-law approved French meat pie but also draw on Southern cooking Lanoue picked up during a stint living in Louisiana with menu items such as firecracker chicken meatballs and smothered pork chops. And, like any good Woonsocket restaurant, the Red Brick Grill will serve dynamites. Lanoue said her a party of two should be able to eat for $25 with drinks, with takeout available and discounts for members of the military.

The Red Brick Grill enters the food fray with several other well-established competitors – among them River Falls Restaurant, Main Street Cafe and Ocean Cafe Restaurant – and those are just the ones within walking distance. But Lanoue is undaunted by the competition. She thinks The Red Brick Grill will be filling a niche in the restaurant scene that has been overlooked by others.

“This is something different,” she says. “There’s not too much of what I’m doing in the city.”

Wait….what’s different about this restaurant? The fish and chips or the cold cut grinder recipe from Grandma?

Here’s the thing though – check out some of Eva’s original dishes on the Red Brick Grill’s Facebook page: Yea, she stole those images from the Google machine. In many cases she just took the first dish that came up.

You did it, didn’t you? Yea, it’s the chick from the newspaper who’s opening up the new restaurant in Woonsocket and selling a bunch of Google images to customers.