At a meeting the other night the Hingham Board of Selectmen ordered the fire department to remove a thin blue line flag from a fire truck, which they were flying to honor the life of their murdered neighbor Sgt. Michael Chesna, because one college student said that it was racist to support murdered heroes. 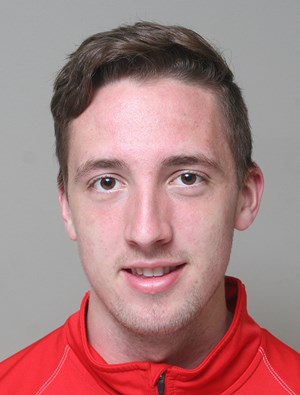 Max Giarrusso has since gone on to compare the flag to a swastika, and said he would not be apologizing to the police for treating them like racist murderers.

“You are very misinformed and misguided.”

Yea, you haven’t been brainwashed with gender studies propaganda yet so you’re not as smart as Max here. What a smug, cocky little prick. And he gets to decide policy in a town where he pays zero dollars in taxes.

The firefighter’s union put out a statement saying they were refusing to take it down, but ultimately the BOS was willing to get lawyers involved so the inevitable conclusion would end with the flag coming down. So the question became, how would they do it? Hingham PD and fire refused to hand it over to the hack Town Administrator, and instead worked with Weymouth Police who came to the fire station this morning and were given the flag. Over 100 cops, firefighters, and residents were present, and WPD president Ken Murphy explained that they were there because they didn’t want the gutless Hingham Police Chief to touch that flag. The Weymouth Fire Department will now proudly fly the flag for them, because unlike Hingham their elected leaders don’t disrespect murdered police officers. This is just a horrible look for Hingham, and is a prime example of what happens when rich white people who don’t have any connection to the black community decide what black people are offended by. During the BOS meeting on Tuesday night BLM stacked the deck and had over a dozen people call in to support taking the flag down. One person called in to support the flag staying up and he was abruptly cut off.

These were the faces of the “flag is racist” crowd. Lisa Shetty, who is trying very hard to pull of the Dr. Birx look, and Maddy Cooper, who couldn’t be whiter if she tried, both insinuated that Hingham Police have been infiltrated by white nationalists.

“On my own social media platforms I warned and railed and talked about the infiltration of white supremacy into police departments. The FBI has warned of this over the last 15 years. And I think Hingham might not think we have a problem with that, we don’t know. I think it’s something that we need to concern ourselves with, because it’s really hard for police departments to get qualified good police officers. And they start having to dip into pools that are maybe less savory. And we need to address this.”

“I think it’s important for the police to work with the community to show that we are not in line with the white supremacists that have taken over the blue line flag.”

This is complete and utter madness. And these people are running the town of Hingham. A town that systematically keeps black people from moving there by inflating home values. If any of these people wasn’t completely full of shit they’d sell their home to a black person for half of what it’s worth. Anything less than that is virtue signaling bullshit.

They also wanted to know how the emails got out, insinuated that Turtleboy was a racist blog, and turned the whiny little bitch who started this whole thing into a hero. Newsflash – Turtleboy is everywhere.

Now as a result of their woke activism this woman gets to win after leaving a comment on Cindy Chesna’s Facebook page.

Check out her Facebook page. It’s a woman who’s dedicated her life to hating cops. This is who the Town of Hingham is catering to now. What a pathetic, gutless municipality.