So some chick in Johnstown, RI stabbed her boyfriend yesterday:

Source: Police investigated a stabbing that took place Thursday and arrested a 25-year-old woman. According to Deputy police Chief Daniel Parrillo, Theresa Edwards was charged with domestic felony assault with a knife and domestic disorderly conduct. Police were called to the Hartford Avenue home around 1 p.m. for a report about a domestic in progress. They found the male victim fleeing the scene. He was bleeding due to wounds in the left arm and shoulder. He was taken to Fatima Hospital with non-life-threatening injuries, treated and released. Edwards, who is his girl friend, was arraigned at the police station and released on $20,000 personal recognizance. She is due in court March 20 and has been ordered not to have any contact with the victim. 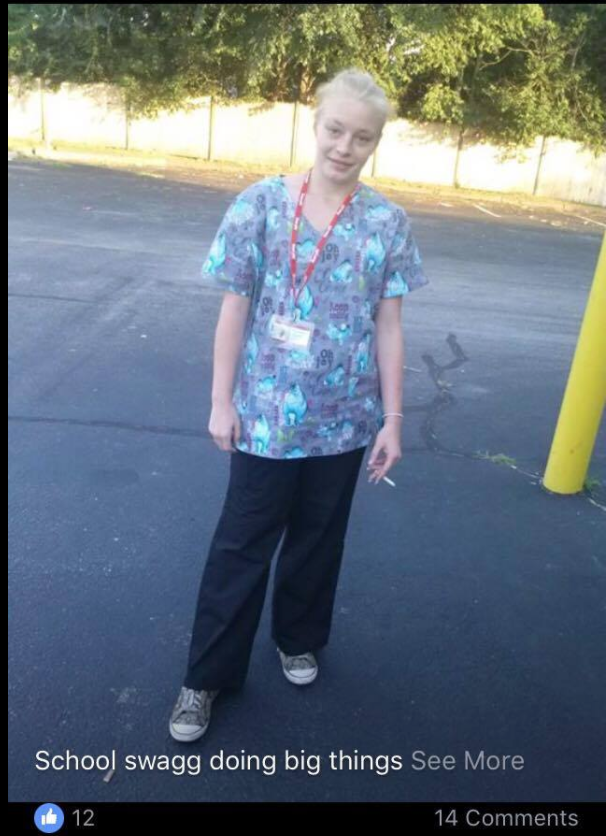 She seems lovely. Who wouldn’t wanna hitch their train to that clamtrap? Pretty sure Chris Escobar is the victim. Oh yea, and they seem to have a child together (the kid appears to be biracial), which is GREAT news!! What could possibly go wrong?

And her Facebook page is a prosecutor’s wet dream, because she basically admitted that the entire thing was premeditated throughout the week. It’s like a dear diary of an angry chick who’s reached her breaking point. Here’s what she posted Tuesday: Not quite sure what a “fucc nigga” is, but I think it’s safe to say the boyfriend who got stabbed yesterday fits the criteria.

Then on Wednesday she posted this: She’s not kidding. She’ll literally stab you if you keep testing. Guess the boyfriend didn’t read her status. He should’ve known better.

Then yesterday, she woke up wicked early and had to get high: I know, I know. You’re telling me this chick right here likes heroin? Never saw that one coming either.

Then right after the stabbing, she did what any normal person would do after stabbing a “fucc n word” – posted on Facebook: She had good reason to though. Dude is always on his phone. Sometimes you just have to stab a person when they spend too much time on the phone.

But wait, it gets better. Somehow this dumpsterslug got bailed out of jail. And what’s the first thing she does when she gets home? Tags the guy she stabbed in a Facebook post, containing a meme that features a crazy chick holding two guns: Yea dude, better get back together with her. What could possibly go wrong?

Not her first involvement with the cops this week. Just a few days back she yelling “fucc the pigs” after her brother got arrested: 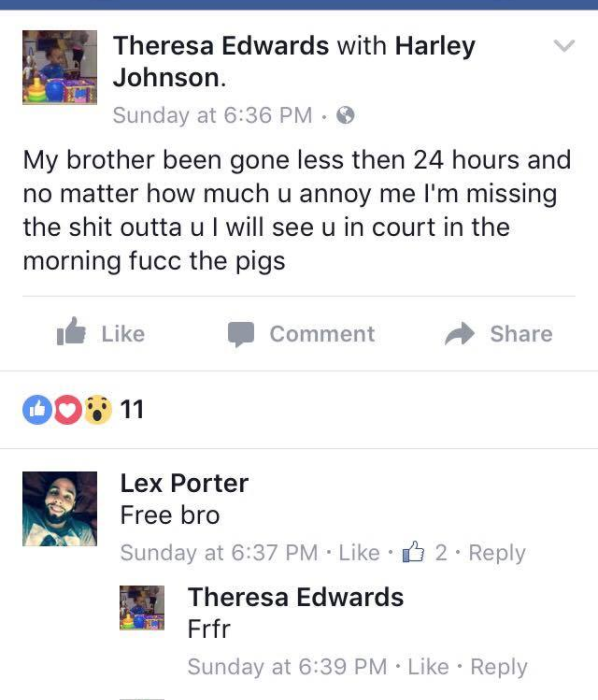 So what was bro in jail for? Lots of normal people get pinched by the fuzz while driving around with no license and trunk full of outstanding warrants. It’s cool though, because sis came through with that bail money: Way to keep it 100 Theresa!! Now your baby bro can go back to being a productive, law abiding citizen like you: Yea, I guess I’ll be the bad guy this time around and stab my boyfriend. Win some, “loose some.”