This is Scarlett Santos, the Family Liaison for the Condon School in South Boston. Because how did schools ever function before we had Family & Community Engagement Coordinators?

You may recall we blogged about the Condon School Principal Robert Chisholm back in February when they were holding workshops with kids about how to defund the police, and teaching them that police “only protect some people.” 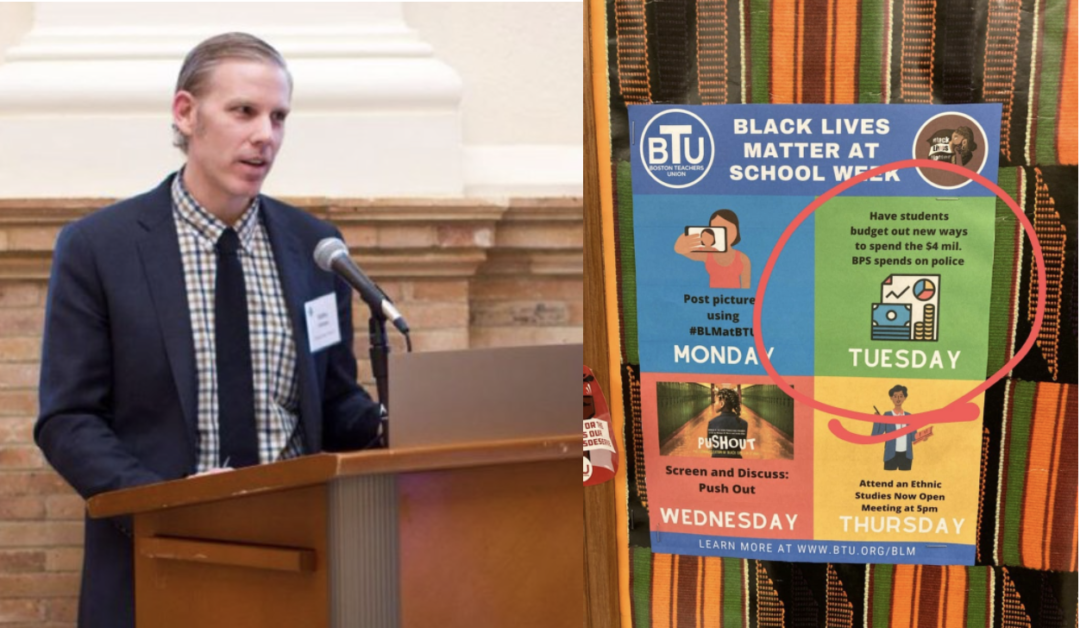 Well, in a group text message obtained by Turtleboy from March 2021 when Kim Janey was sworn in as temporary Mayor of Boston, Santos mocked the families she is paid good money to coordinate with and serve by saying, “Boston has a black woman as mayor, the white tears in Southie are delicious, I just know it.” Robby Chisholm gave it a laugh emoji, as did Transformation Director Suad Al-Kawas. How did schools ever survive without a “transformation director?” It’s extremely racist to assume that white people will automatically be disgusted by Kim Janey as Mayor just because she’s black. It’s even more disgusting that an entire school’s administration apparently all feel this way and mock the people who pay them to give their children an education with racial stereotypes. It is unclear how mocking the “white tears” of the parents she serves helps create these strong partnerships she speaks of.

Her about section of course contains critical race theory buzzwords like “equity.”

Equity is the equality of outcomes, not the equality of opportunity. Anyone using “diversity, equity, and inclusion,” is pushing this racist, divisive rhetoric, and should be called out for it. These are some of the most racist people in our society, and they’ve been elevated to the positions they hold now by subscribing to this harmful, racist ideology, masked as “equity.” But the mask is off now.