Yesterday in Southie two lovebirds were seen in phase 3 of the ratchet courtship – the ceremonial domestic abuse/riding on the hood of a truck phase.

Lady, you chose to ride on the hood of a car multiple times in order to stay in the proximity of this clearly abusive man who was wearing an ankle bracelet. He might be a piece of shit, but you’re probably the last person in the world who should be calling anyone else a psycho. He told your ass to get off. But you didn’t listen, so you had to get dragged. Then your dumbass got back onto the hood of the Jeep, wrongly assuming that this ain’t the type of guy who would drive off with a southie skank on the hood of his Jeep. 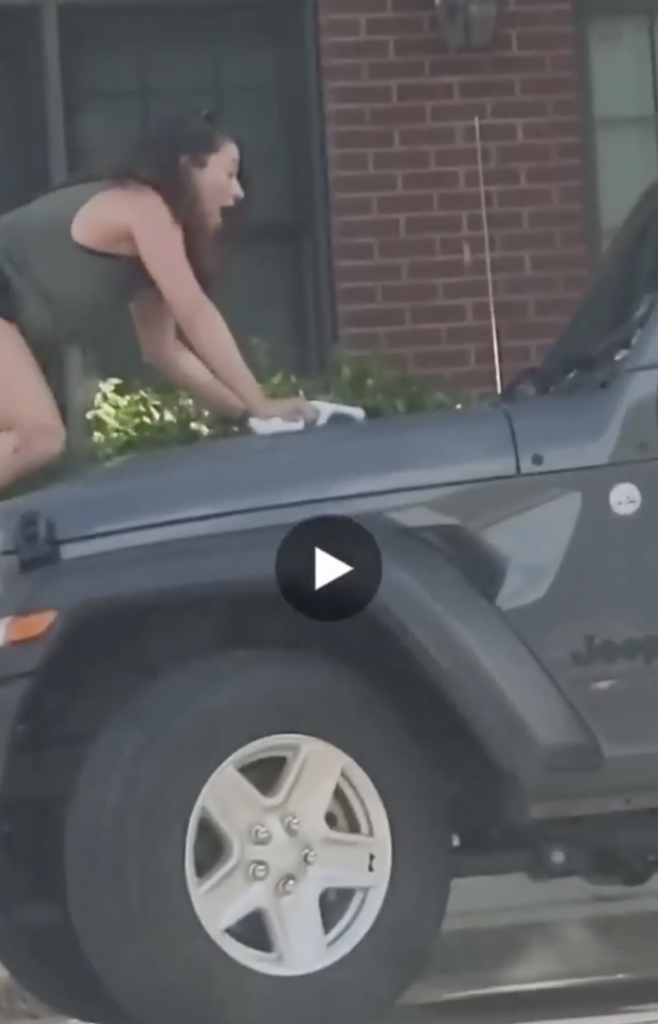 The next video picked up at the next rest stop 50 feet down the street, and Hoodrat Heidi held onto her seat with more passion than Rosa Parks. Ankle bracelet had to slap her in the face twice and drag her by the hair just to get her ass off. There’s a 99.9% chance they had raw dog makeup sex 45 minutes after this video was taken. If you’re the type of chick to date a dude with an ankle bracelet and then refuse to get off the hood of his moving vehicle, then this is a pretty typical Wednesday morning for your relationship. And you’re certainly not gonna let a little domestic violence get in the way of what could be at least a 4-5 month relationship.

Anyone know who they are? I’d love to get them on the live show. Message Clarence Woods Emerson on Facebook or email turtleboysports@gmail.com if you’d like to share.