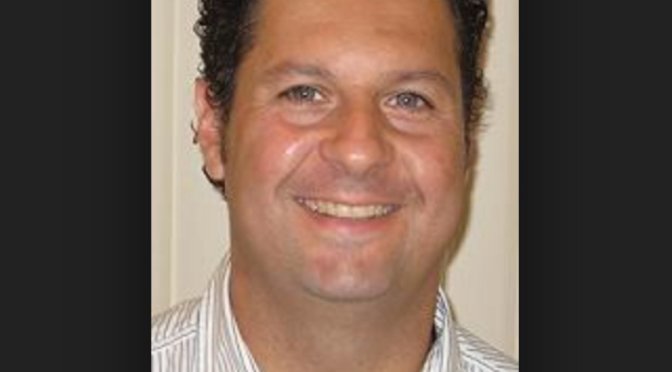 I’m tired, cranky, and the bad guys won. The Canadiens won tonight exactly how we thought they would. They blatantly dove in the first period, got a power play, and let P.K. Subban punish the Bruins. I’ll give them credit – they waited almost a full ten minutes before diving class began, and they only did it a couple times throughout the game. They scored the first and last goals of the game on the power play. This team is vastly inferior to us on the even strength. As long as we don’t take dumb penalties like Bartkowski did, we’ll be all set. No way this team loses Saturday.

My new least favorite Hab is Gallagher. He is living proof that the second you throw on one of those terrible sweaters you turn into a flopping naniburger. He’s like 20 years old. You don’t learn to play like that until you get to Montreal. It’s a style of hockey that has to be learned. Like, does Max Pacioretty and Subban just pull every free agent and rookie aside when they get there and say, “I know you know about our reputation of flopping. Shit works. You will learn to dive and you will learn to like it.”?

The bottom line is that was one hell of a hockey game. Everyone’s giving Carey Price all the credit for “standing on his head.” He had a good game, but I posted ON MY NEW FACEBOOK NAME that it was the play IN FRONT of Price that was truly remarkable. The Habs played great two way hockey. Their chances on Rask were quality ones, and their ability to disrupt countless Bruins breakaways won them game. Several people disagreed with me, including TurtleBoy Sports expert analyst supervisor James Latino:

I was kind of tired and wanted to go to bed, but I simply couldn’t sleep knowing that I hadn’t proven my point yet. So I didn’t have time to rematch the whole game, but I did watch the entire overtime again. I rest my case with the following videos. Like this one, where Subban saves the game winner and swipes it away:

They constantly got sticks on the puck which obviously made Price’s job a million times easier:

Or this one, that literally saved the game again:

Then there was this flurry:

I could find at least 30 of those throughout the game. No problem. They were disgusting. No big deal though, you knew this team was going to be a problem for us. You have to be a real dumbass to think we were gonna sweep this team. The Canadiens are who we thought they were – a team that will do ANYTHING to win.

They are a team with no respect because their fan base has no respect. It all starts with local talk radio. Montreal’s version of Felger is some stooge named Tony Marinaro. He plays weird music your grandmother probably listens to, and then epitomizes everything there is to hate about Habs’ fans. If you wanna learn to hate the Canadiens with a passion, then do yourself a favor and watch this 5 minute clip:

This qualifies as humor in Canada? This guy definitely has convinced himself that he’s a witty mastermind. It just doesn’t get any worse than that guy. His voice. His face. He’s a regular one of the Jerky Boys. Now I was actually mildly entertained whenever he spoke, but only because his voice is so terrible that I couldn’t look away. Like, he thought long and hard about this prank all week. “Oh man, I’m gonna waste some poor guy’s time who has never watched the Bruins in his life!! That’ll fix em!!!” You really stuck it to all of us as a collective unit Tony!!

So the guy is not surprisingly a giant dooshnozzle on the Twitter machine too. It’s like this guy is a cartoon character or something. He jumps around from being a grammar nazi to Lou Merloni….

To taunting Tuukka Rask when we were down 2-0….

I can hear his voice asking that question and it makes me wanna life and punch someone in the face at the same time.

Then he went here…..

Hey dooshnozzle, at least we don’t boo your stupid anthem. You clowns are the only Canadian team that feels the need to boo the American flag. Even the animals in Vancouver didn’t boo the flag. Rene Rancourt looks like he can get rid of a body for me at moments notice. He is indeed a caricature, but at least we let him sing America Jr’s national anthem.

And when you write back to him, he will block you: 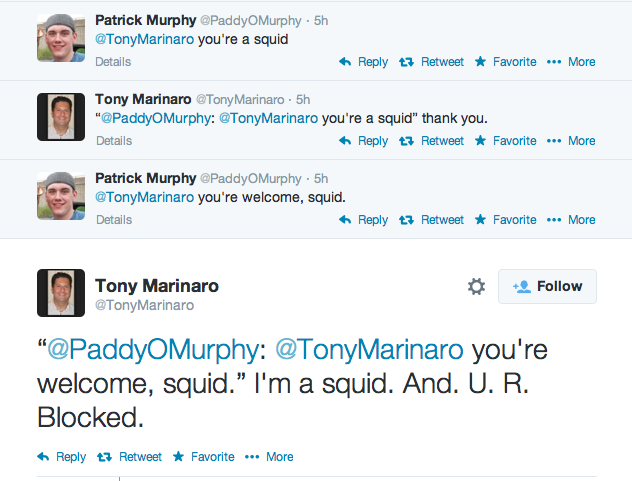 How old is this guy? Nine? Seven? He’s getting in shouting matches with some Irish-Catholic kid from what is most likely from Quincy?

Well obviously I started giving this guy the business during the game, so he put me on his naughty list….

Just add him to the list of enemies of TurtleBoy Sports. Should we get someone to call up this guy’s talk radio show? Feel free to share your thoughts to keep the conversation going.