WHDH: A shocking video shows a student walk into a Leominster High School classroom and forcefully slap one of his fellow students. Another student records as a 15-year-old sophomore walks into the math classroom and smacks 14-year-old Hunter Gallant in the face, drawing blood.

“I had my headphones in, I had a pencil in my hand. I was just doing my homework and next thing you know he comes in and hits me,” Gallant said. “Everything just kinda rang for a second and I got back up.”

The freshman said the incident stems from a feud between friend groups. Though he was caught off guard, Gallant said what really surprised him about the attack was how quickly the video went viral on social media.

Leominster police say they have a copy of the video and have charged the teen who slapped Hunter with assault and battery. Their names have not been released due to their age. Authorities confirm the school is suspending him and disciplining the student who captured the incriminating video.

“It killed me to see the video,” Hunter’s mom said. 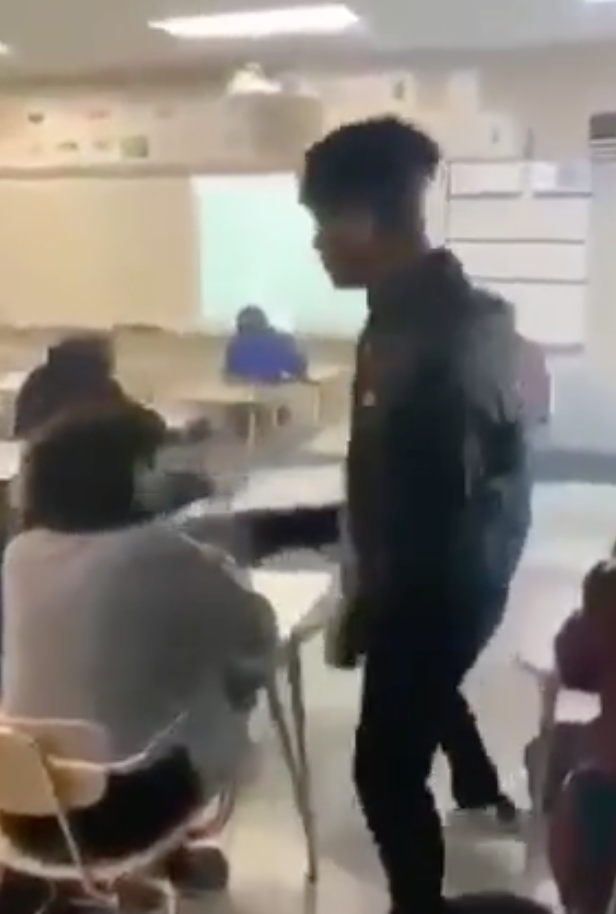 A lot of media outlets won’t shame a kid. Luckily we are not one of those media outlets. This is Neymarr Mitchell. That kid’s 15? I dunno about that one. Maybe in Fitchburg years, but that kid looks a lot older than 15.

Neymarr comes from one of the most prolific families in Leominster. And by prolific I mean, they’re all a bunch of criminals. For instance, his older brother Sean likes to rob people at gunpoint and sell drugs. Dad seems like a real winner too. What you witnessed in that video should be an automatic expulsion. That wasn’t a fight, it was a vicious assault. It was a serious crime, that only a soulless person could perpetrate. He walked into a classroom that wasn’t his, cold clocked a kid with his head down who didn’t know he was standing behind him, and then walked away like a bitch because he had no intention of actually fighting. The worst part was that the whole thing was premeditated, and these fucking idiots posted it on social media for the whole world to see. The kid who filmed it should also be expelled, since he plotted in the attack.

Neymarr appears to be on the football team. For what happened in that video he should never be allowed to play for Leominster High School again, or step foot in the building. Don’t tell me you give a shit about school safety if you’re gonna let a shitbag kid like this stick around and endanger other kids.