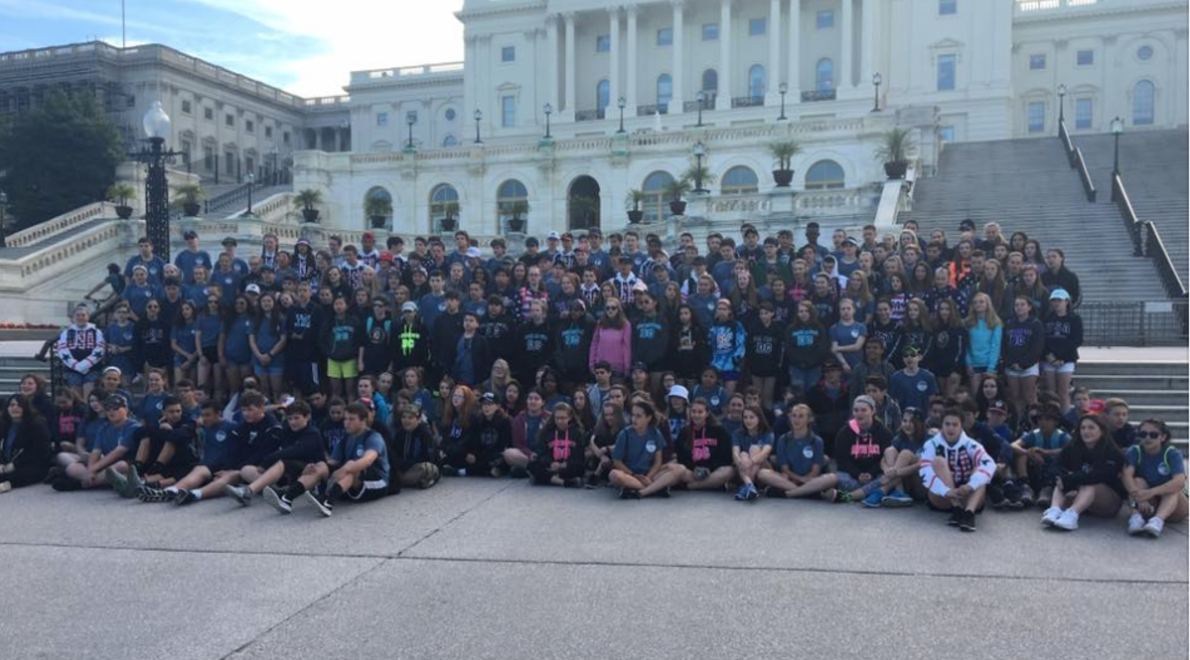 Here’s another story of suburban parents gone mad, out of Wilmington:

Attacks on social media and parents who “put the needs of their own child ahead of the needs of the group” prompted two Wilmington Middle School teachers to stop running the school’s popular Washington, D.C. trip for eighth graders. Lynda Spinazola and Missy Simmons, who have taken about 250 students to Washington every year for the past nine years, said in a letter to the Wilmington School Committee that they had been attacked “in the community” and on “numerous social media sites.” In announcing their decision, the two said it was “unlikely” any other teachers would take over the volunteer effort to organize and lead the trip.

“Parent complaints have become abusive and unreasonable,” they wrote in their June 15 letter, which was read to the Wilmington School Committee at Wednesday night’s meeting. “Adolescents seem to be struggling now more than ever with emotional issues that cannot reasonably be supported on an overnight, out-of-state trip.”

Insane parent emails huh? Sounds familiar. Where have I heard this before? Oh yea, the Braintree nutjobs who got the greatest coach in the state to throw her hands up in the air and resign in frustration. It’s almost as if there’s a pattern in suburban towns where a small percentage of overbearing parents think they have the answers to everything, so they harass teachers relentlessly. And instead of administrators doing something to stand up for their employees, they side with the parents because it’s easier to just give these psychos whatever they want.

In recent years, the teachers have grown frustrated with parents of students. In their letter, Spinazola and Simmons said a parent who lost a deposit after pulling their child from the trip called them “a disgrace.” Other parents had called the school office when their child was on the trip and needed an aspirin or didn’t get a doughnut when the trip went to a doughnut shop. The two also said a nurse had been “verbally abused” after disciplining a child on the trip.

How dare you discipline my bratty child or not give them a donut!!! What do you think you are, some sort of authority figure? I don’t know how things worked back in the day, but nowadays we give children trophies for losing and teach them that they are never, ever wrong. If for some reason they get a bad grade or get in trouble on a school field trip, it’s important to find a way to blame it on the teachers first. This is how parenting works in 2017. Just ask this guy:

Many parents were upset by the decision, which they learned about at the start of the school year. In a letter to the school committee, Wilmington parent Todd Flynn said he was “disgusted” by the trip’s cancellation and said many parents believe the teachers are ending the trip as a leveraging tactic in their union’s ongoing salary negotiations with the administration.

Oh look, we found one of the problem parents. He’s “disgusted” that teachers working for free during their vacation don’t wanna deal with his pscyho babble bullshit. Notice how he points out that “many parents” agree with him too. This is how you know he’s the Alpha Male of dooshnozzle parents. Because they ALWAYS mention “other parents” being upset to make it look like there’s a group revolt. The Braintree Mom did the same thing:

In reality it’s just him. Maybe a couple others are upset about the donut thing, but there is no group revolt. But these small handful of people are RELENTLESS. And they consume such a disproportional amount of time for the volunteer teachers. They get bombarded with emails, called down to the principal’s office to explain things, and because they’re teachers they have to attempt to reconcile with these people who clearly are insane. And instead of administrators just telling them to fuck off, they humor them because they’re afraid of them too.

But I’m sure the vast majority of Wilmington MS parents are great people who respect the work the teachers are doing. And now their kids lose out because of Todd Flynn.

Funny that Todd blames this on the teacher’s union too. Ya know, because he works for the Sheriff’s Department: And I’m pretty sure most CO’s are unionized and understand that unions are a good thing. But God forbid the teachers decide that working for free isn’t nearly as fulfilling when a couple whiny slobjobs are up their ass about donuts the entire time they’re in Washington.

Sucks because it looks like the trip was a really big deal at WMS: The two teachers who had the minerals to cancel this trip are heroes. They are heroes, not just because they pursued a noble and selfless profession, but because they weren’t afraid to stand up to one of the biggest problems plaguing this country today – parents who have never been told to shut the fuck up. Granted the teachers did not use this sort of language because they are professional and measured, but the message was still loud and clear – this is all your fault.

If anyone knows who the parents are (especially donut mom), or has any other details about this episode of suburban parents gone mad, we’d be very interested in a followup.