In April we published this blog about a successful Connecticut business owner and public speaker named Kyle Reyes, who was banned from speaking at his alma-mater (Southwick-Tolland Regional High School) for a veteran’s dedication ceremony, because the Superintendent decided that kids could potentially be offended by his political opinions on unrelated issues. In particular, his outdated belief that a human being with a penis is in fact a male, was deemed to be far too controversial for him to speak at the ceremony, despite being the chosen speaker of the organization (VFW) doing the dedication. This is Superintendent Jennifer Willard: She took the job in Southwick after being passed over for other jobs in parts of the state where people actually live. 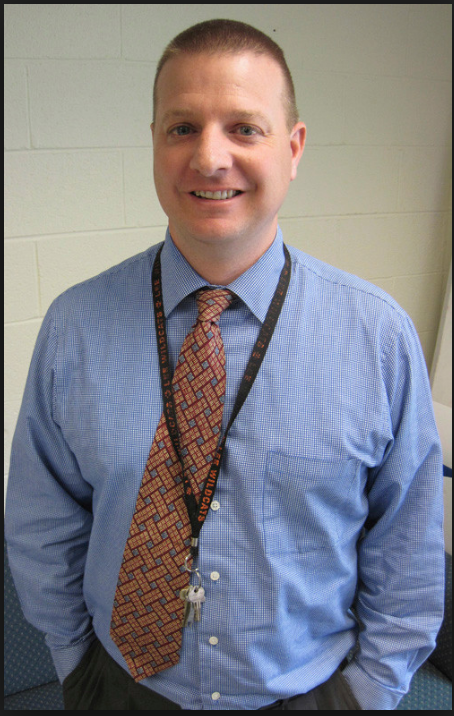 And the two of them aren’t done protecting the children of Southwick, Tolland, and Granville, from the evil alumnus who is now trying to give students money in the form of scholarships:

Earlier this year, my agency – The Silent Partner Marketing – announced we were going to give away two small scholarships to graduating seniors in Southwick, Massachusetts.  It’s where my wife and I graduated from… and it would be a small tribute to a school that helped us get to where we are today.

One would be a $750 scholarship would be for a student going on to a trade school or college.  The other would be a $750 scholarship for a student joining the military to help cover travel expenses to return home to see their family.  The selection committee is comprised of alumni including a veteran, a police officer, an occupational therapist, a mother pursuing her own MBA in business, and myself.

A reporter from The Westfield News informed me that the school’s paltry response was that they don’t allow businesses to give scholarships to students… or something like that.  I couldn’t tell you for certain – the school refuses to answer any of our questions or calls.

But the Superintendent should have taken two seconds to use the high school’s website before embarrassing herself.  Here’s a list of current scholarships.  You’ll note the Berkshire Bank scholarship, the Accuplan scholarship and the Massachusetts Broadcasters Association scholarship, among others.  There’s even one for students who are ONLY Jewish.

At what point does the school committee take action against the head of a school that’s not doing what’s in the best interest of students… but rather hurting them and their families because of her political beliefs? Here’s the contact information for her office.  Give them your thoughts.  And pass this around if you believe educators should get back to educating.

Before I even get into this, these are the requirements for the Jewish scholarship

A robust 2.7 GPA, must be in the top 50% of the class, and a combined SAT well below the national average. Sounds like they’re really gonna have to step up to get that scholarship!!

What else is there to say? It never ends with social justice warriors. All Kyle Reyes appears to want to do is give back to the school that helped him become the successful business owner that he is today. There’s no requirement that kids declare their allegiance to Trump in order to qualify. He literally just wants to give kids money who are going to college and the military. And they are refusing this money because his political opinions are right leaning, and thus his scholarship money is no good, presumably because it’s blood money.

Keep in mind, Superintendent Willard and boys regular have no ties to the community. They are carpetbaggers who are using their positions as resume builders in order to try to get better paying jobs in higher profile districts. Kyle is actually from Southwick, and unlike the carpetbaggers he has long term interests in the well-being of the community.

The administration’s reasoning? “We promote inclusiveness of the school, specifically students and teachers who may be homosexual or transgender, who might feel uncomfortable because of Kyle’s conservative values.”

Not that it matters, but Tolland, Granville, and Southwick are three of the five most conservative towns in Massachusetts: So the idea that allowing a well known conservative to donate scholarship money to students joining the military would be hurtful to the community is laughable. This isn’t Cambridge or Northampton. It’s Trump country.

But his politics are really irrelevant. He’s a business owner offering free money to help kids. He’s not trying to push his political opinions on them. He just wants to help kids better themselves. They’re allowing a bank to donate scholarship money for crying out loud. Did they forget that in 2011 banks were the enemy of the left, as hippies pitched tents all over town greens in order to stick it to Wall Street? Now I guess banks are woke!!

Anyway, we’ve gotten corrupt superintendents like this removed before. These people get their jobs from local school committees, which are democratically elected by the people. Here are the people who have the ability to fire this superintendent and principal for trying to keep scholarship money away from kids: You can find links to their emails here.

Feel free to let them know that if you are a resident of these towns, you are demanding that they fire this superintendent. If they don’t, then you don’t vote them in next time. That’s how democracy works.

P.S. Southwick, like many towns, has a community Facebook page run by a moron who won’t allow people to participate in discussions that directly relate to the town: